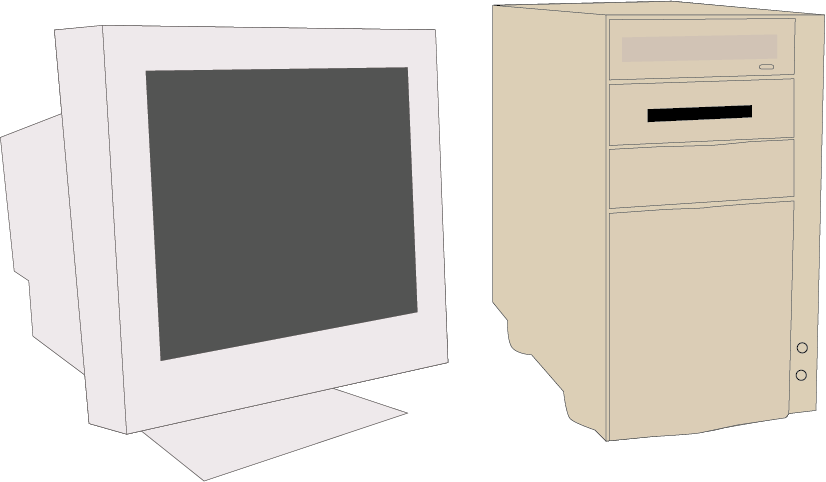 Harvard was undergoing a series of changes to incorporate the World Wide Web — created just five years earlier — into its systems. Administrators began discussing which buildings on campus should be equipped with the new phenomenon of high-speed internet — a process former Dean of the College and current Computer Science professor Harry R. Lewis ’68 called “an interesting exercise.”

Lewis said adapting to new technology posed a practical challenge for Harvard, as all of the dorms, museums, and classrooms were centuries-old structures.

“At that point, it was not at all clear what kind of physical media should be used to connect buildings together. The internet, the protocols were not completely standardized,” he said.

Lewis said he and Paul C. Martin — the former dean of the Division of Applied Sciences — viewed the implementation of the internet at Harvard like “universal suffrage.””

“Just because you live on Pikes Peak that doesn't mean that you don't get the boat, so if you're a Harvard student or Harvard employed with a dormitory room or office on Harvard property, you should be able to get onto the Harvard high speed data network as we called it then,” Lewis said.

Once the University began the implementation process, students faced the hurdle of adjusting to the internet, according to Eugene E. Kim ’96 — the former president of the Harvard Computer Society.

“The internet became popular super quickly, from like, zero to 100,” Kim said. “I think education generally was was just a big challenge, helping people understand what they're using.”

Kim said HCS and other student organizations on campus served as liaisons between students and the University’s computer services. Through a program they called “Get Connected,” they helped students adjust to the new system, Kim said.

In February 1994, Ishir Bhan ’96 and Jeff C. Tarr Jr. ’96 co-founded Digitas — a student group that focused on the way technology could be implemented efficiently into students’ lives.

“Our first idea was to create what now you just call a website. But at that time, we called [it] a dynamic publication,” Bhan said. “[It] would be unlike regular magazines and newspapers at the time, which would publish on a regular schedule, we would just continually update this website with new information.”

Digital communication via email promised an easier way to lessen the burden of expensive long-distance phone calls for many students, according to Kim. He called the free technology a “revelation.”

Lewis said the rise of the internet on campus prompted administrators to shift outdated policies, such as a long-forgotten rule that prohibited students from running business out of their dorm rooms.

“It became impossible from any material standpoint to tell the difference between whether a student was working for themselves or whether they working for somebody else if you were consulting for a firm in New York and using Harvard's computer network,” Lewis said.

The technology also made its way into the classroom, though it did not have immediate dramatic changes, Lewis said.

“Most of what was going between was moving around the network was email, text files and data sets, but they were scientific data sets not, you know, cat videos,” Lewis said. “And so, the phenomenon of students sitting with their laptops open playing solitaire and pretending to have their class notes… I don't remember when I started but it wasn't until quite a bit later.”

Bhan said his faculty adviser — Physics professor Eric Mazur — was among the first to substantially incorporate computers and the web into his courses.

“He had obtained little handheld computers, which are very primitive by today's standards, but allowed him to, in the middle of a lecture, get feedback on concepts that he was teaching and see if people were understanding them,” Bhan said.

The internet also altered the University’s advertising strategy, Lewis said. He said he recalled discussions dating back to 1993 about publicizing Harvard’s computer science offering such as CS 50: “Introduction to Computer Sciences I” rather than merely touting the University's large collection of computers.

“We became less than an equipment inventory and [started] a little bit more talking about services and the syllabi for CS 50 and similar courses started to talk more about networking,” Lewis said.

Lewis said the use of the internet on campus drew students to the Science Center whether they just needed a computer or needed assistance with the new technology, as owning personal devices was a rarity at the time.

“People walked over to the Science Center, and that's where they did their homework, working on computer terminals,” Lewis said.

“It allowed an interconnectedness, which really, we hadn’t seen before,” Bhan said.