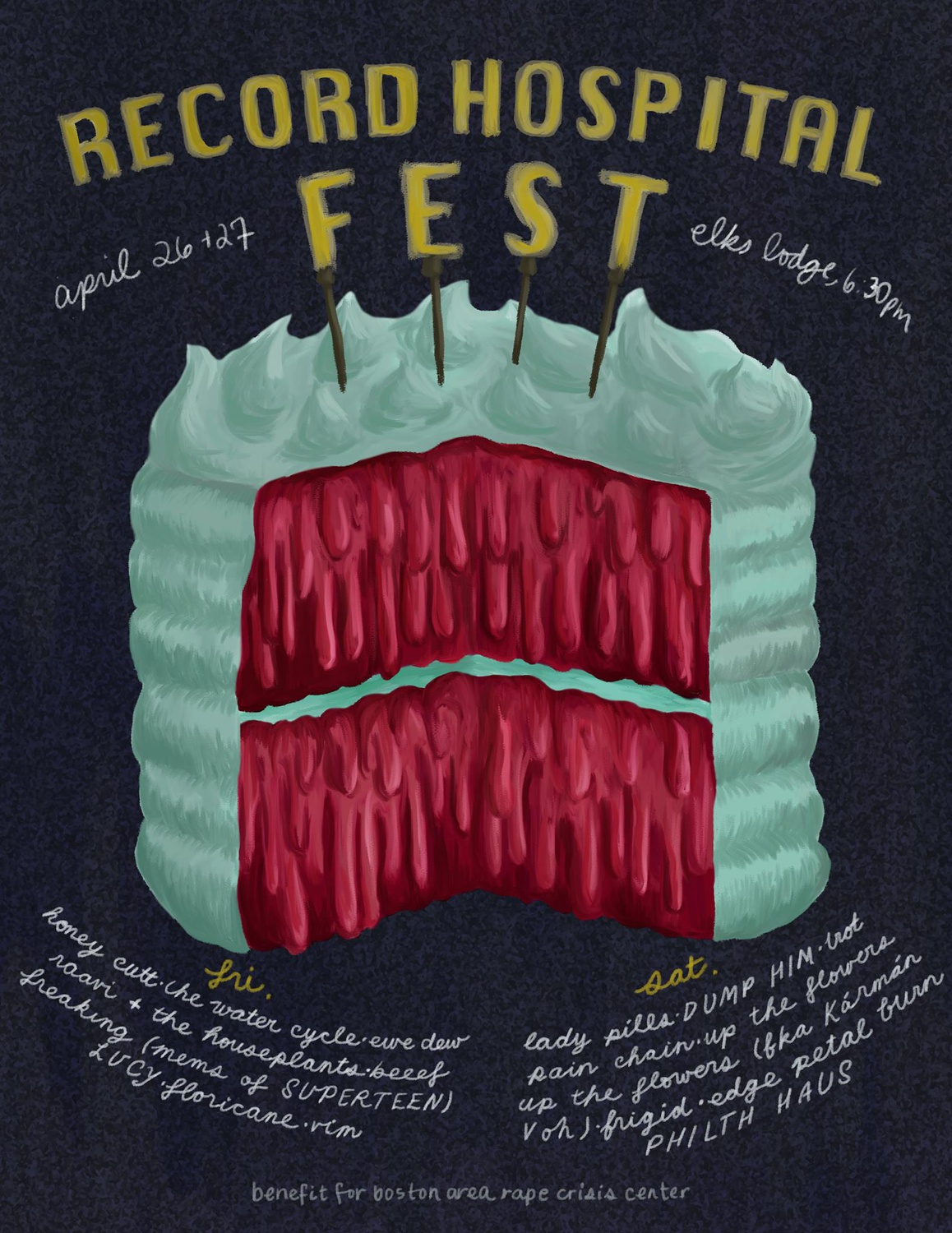 “NO PUNK TIME,” reads the Facebook event for Record Hospital Festival, referring to the tendency of punk shows to start well after their advertised time. True to its word, Record Hospital, Harvard Radio Broadcasting (WHRB)’s indie and punk department, began each night of the two-day festival promptly at 6:30 p.m., ushering festival-goers out of the Elks Lodge in Central Square by 11 p.m.

The annual festival put on by Record Hospital is not only a celebration of punk and indie music, but also a way for Harvard students to interact with the greater Boston and Cambridge community. Proceeds from the event went to the Boston Area Rape Crisis Center (BARCC), a local organization, which provides support services to survivors of sexual assault and harassment. The venue, Elks Lodge, was a Cambridge locale tucked away on Bishop Allen Drive.

Anand R. Bradley ’19, a member of Record Hospital, said this year’s festival featured more Boston and Cambridge bands than past years have. “Sometimes we have bands come from out of town but this year we’ve had a lot of really local bands, which is really cool,” Bradley said.

Bradley also highlighted that the festival was advertised to not only Harvard students, but also to the general public. “The event is a time where members of the community can interact with Harvard students around music, which is one of the goals of the Record Hospital. We’re trying to open up Harvard to local music and to local bands,” Bradley said.

Of the seventeen acts the festival featured, eight musicians performed on Saturday night. Lady Pills, a three-woman band from Boston, kicked off the night with music they describe as “loud enya rock with psychedelic disco magic.” Dump Him, a group of self-described “gay punks from Massachusetts,” brought their pop punk tunes next.

Sophia M. Higgins ’21, a Harvard undergraduate and Crimson magazine editor, performed her experimental “noise project” entitled “Frigid." The project included field recordings, FM synthesis, guitar loops, and found objects, according to Higgins’s website. As Higgins performed, two young women sat down and whipped out sketchbooks, their pens moving as slowly or as frantically as the notes that Higgins made on her soundboard.

Fans made the trek to Boston to hear the Philadelphia-based Band Trot play the festival. William M. Miller, a student at the University of Pennsylvania, described himself as a huge fan of the band. He’s been following them since 2012.

“They’re a Philly band, and I’m a Philly guy,” Miller said. “I came down so I could see them play.”

“I’m having a great time,” Kirsch said. “There’s way more of a variety of acts than I was expecting, which is really cool.”

— Staff Writer Paul G. Sullivan can be reached at paul.sullivan@thecrimson.com.