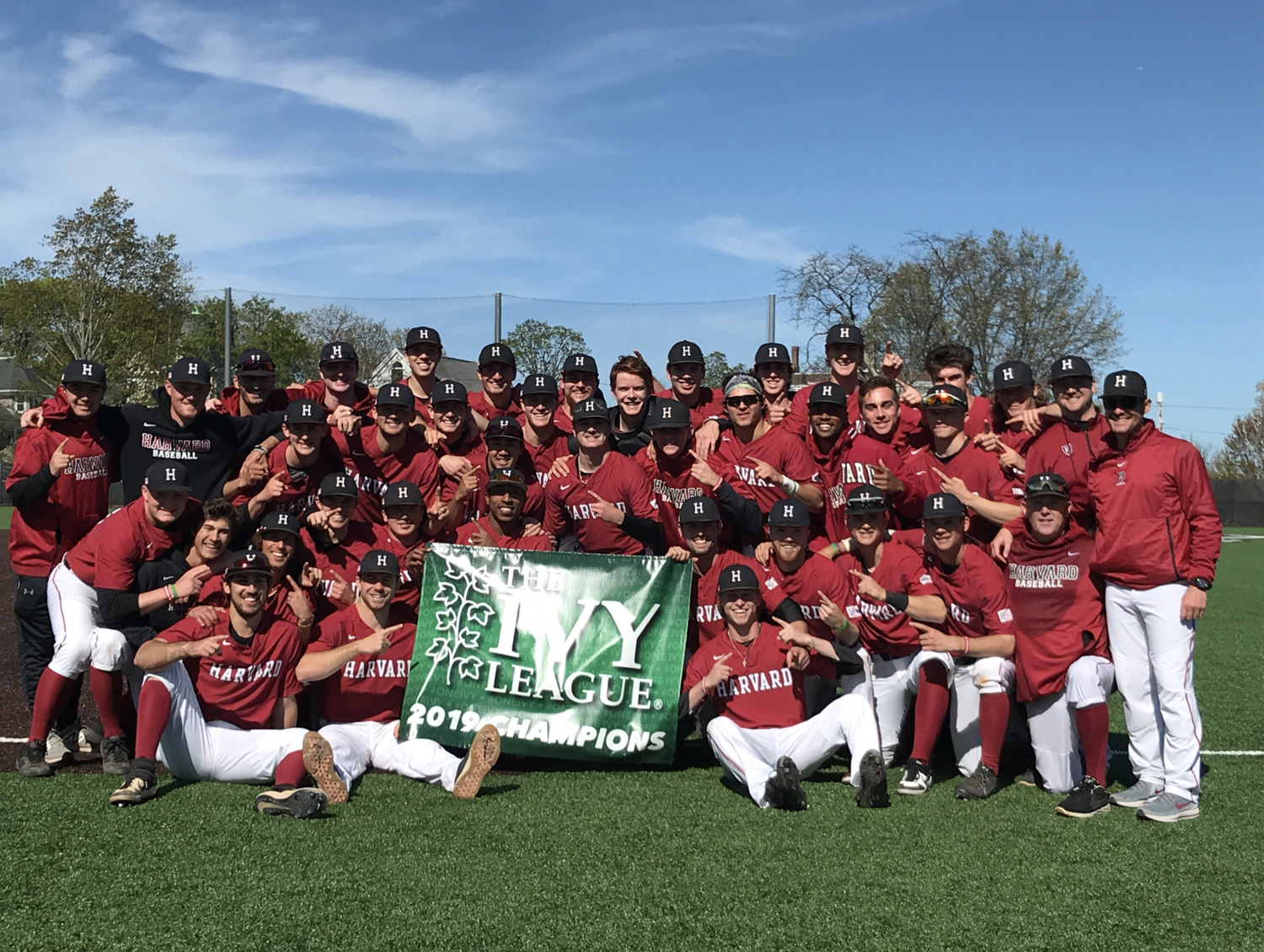 Tomorrow will mark the 14 year anniversary of Harvard baseball defeating Cornell by a 2-0 score at Joseph O’Donnell Field, to win the 2005 Ivy League Championship Series.

Nearly a decade and a half later, a 7-2 victory over Brown in Providence on Monday guaranteed Harvard its first regular season Ivy League championship since 2005, and the right to host Columbia in the Championship Series on May 18 and 19.

It was only fitting for a season in which Kieran Shaw set several records for the Crimson (25-13, 14-7 Ivy) and across the Ancient Eight, that the junior would be the one putting the finishing touches on Harvard’s winningest season since its standout 2005 campaign, striking out the Bears’ Garett Delano to secure the title.

“He’s a bulldog for us, he’s a worker, it goes back to his mentality, he’s kind of a blue-collar guy who comes in to work hard every day,” said coach Bill Decker of Shaw’s finishing touch. “It was awesome to see.”

While the Crimson will certainly relish its accomplishment, the team will have its focus fixed firmly on the upcoming series against the Lions after a two week lay-off. Harvard’s series against Columbia two weekends ago at O’Donnell Field was the season’s most competitive, featuring three three-plus hour contests, including a 14-inning marathon.

With the Crimson and Lions set to face off for the right to advance to the NCAA Tournament, Coach Decker is prepared for a highly competitive series, and is confident that his players will be as well.

“I have little doubt that they will be ready,” Decker said. “It will be another good series as we've had for the seven previous ones. And you never know who's going to step up, I think that's the big thing with this group.”

Juniors Chad Minato and Hunter Bigge led the way offensively for the Crimson, recording four hits apiece. The No. 5 and 6 hitters combined to go 8-of-9 at the dish, with two doubles. Minato scored five of Harvard’s seven runs, an impressive conclusion to an Ivy League campaign that included a remarkable hit streak.

“You know, it’s easy to talk about Pat and Suds because they’ve put up ridiculous numbers,” said senior pitcher Kevin Stone of Pat McColl and Jake Suddleson, the No. 3 and 4 hitters in the Crimson lineup. “Chad hasn’t missed a start, he’s been in the lineup every day and plays shortstop, so he’s a leader on the field and having him in the lineup as a steady defensive presence and having his bat come around has been absolutely pivotal.”

Senior Ian Miller toed the rubber on Monday afternoon for the Crimson squad that was looking to put the finishing touches on its best season in over a decade. Miller’s 5.2 inning performance, ceding merely two runs, was enough to give Harvard the win. Since a nightmarish 1.1 inning, seven run start at Dartmouth two weeks ago, Miller has reversed course and has helped the Crimson to wins in each of his last two starts.

“The statline might not show stellar performances every week, but Ian has always toughed it out and kept us in ballgames,” said Stone of his fellow veteran starter. “For him to come out yesterday and give us a really solid performance in a game in which it took us a while to get going offensively was huge for us.”

In the absence of sophomore stalwart starter Buddy Hayward, Miller’s performances in the past two weeks have been crucial. Miller and Stone, both in their final seasons with the program, have combined to anchor the rotation, helping steady the ship through the home stretch of the season. Coach Decker and the rest of the team are hopeful to have Hayward available for the Championship Series, as the second-year starter has excelled on the mound.

With the season drawing to its conclusion, Harvard and its seniors will look to extend its campaign a little bit further into the spring, and qualify for the NCAA Tournament for the first time in 14 seasons.

The Crimson has been spectacularly consistent this season, as the team has yet to lose a series this year, doing no worse than splitting a four-game matchup in the opening slate of the season against Wofford. Harvard has taken two out of every three games across the Ivy League campaign, and will look to do so one more time — realizing the dream of many college baseball players and making it to the NCAA Regionals.

“2005 is so far in the past that we don’t really know any of the players, or the stories from those days,” Stone said. “It’s really special that 14 years later we can call ourselves Ivy Champions and look to go even further.”

Advancing to the NCAA tournament is something that hasn’t been done in over a decade for Harvard baseball. In his sixth season at the helm of the Crimson, Coach Bill Decker has his team just two wins away from reaching the pinnacle of Ivy League baseball, and his seniors are more than prepared for the challenge.