‘The Last of the Starks’ Gives ‘Game of Thrones’ Fans What They Want, At Last 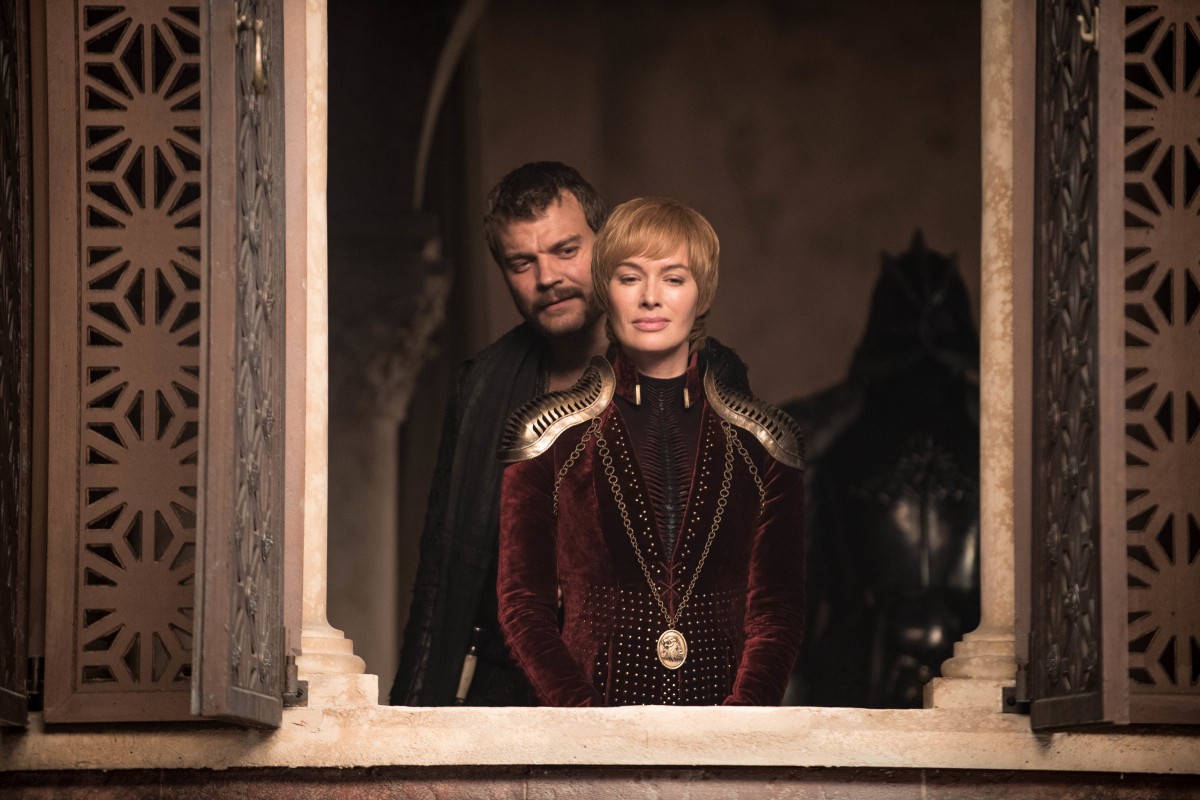 Pilou Asbæk and Lena Headey in "The Last of the Starks." By Courtesy of Helen Sloan/HBO
By Caroline E. Tew, Contributing Writer

“Maybe Cersei will win and kill us all. That will solve our problems,” Tyrion deadpans during a particularly heated conversation with Varys about whether Jon or Daenerys should ultimately take the Iron Throne. And that’s exactly the tension that the writers have so brilliantly built during this episode: Cersei shows her strength, while things begin to look bleak for the Targaryen heirs. Although this episode lacks an epic battle, it has everything — political intrigue, furtive glances with hidden meaning, heated discussions, and death — that fans have come to love and expect from “Game of Thrones.”

The plot of “The Last of the Starks” moves faster than any of the episodes in the first half of this season and refocuses the attention of the show on its original struggle. Although last week brought us an epic battle and an end to the Night King’s major plotline, this week tackles the real nitty gritty elements of the show: who will sit the Iron Throne. After all, fans have been speculating who will rule from the very beginning. Now that the “Last War” (as Daenerys referred to it) has begun, fans and characters alike are thinking long and hard about who would make the best ruler of Westeros.

This episode expertly builds tension. The scales are drastically tipped as Daenerys loses another dragon, revealing that Qyburn has successfully built a weapon that can take down these mighty creatures. Daenerys is pushed to the very edge. After watching Ser Jorah die for her in the last episode, Daenerys witnesses Rhaegal fall from the sky to his death, only days before she sees Cersei behead Missandei. So much loss could potentially cause her to snap, leaving Daenerys to follow in the footsteps of her father, the Mad King, and burn them all down. With only one dragon remaining, a battle-worn and weary army, and Cersei’s strategic move of packing the people of King’s Landing into the Red Keep, things are looking bleaker than ever for Daenerys.

Tyrion and Varys also have the conversation that fans have had for weeks: Is Daenerys more fit for the Iron Throne, or is Jon? The two men have indeed noticed that Daenerys has been less successful since she arrived in Westeros. At the banquet, Varys watches as she grows visibly uncomfortable and angry at the praise her subjects bestow on Jon. While Tyrion is staunchly in favor of Daenerys, Varys now has his doubts: “Cocks matter,” he insists as perhaps one of the few men who can say this without appearing sexist. Tyrion is not so ready to give up hope on his beloved queen, after all, as he says, “She’s a girl who walked into a fire with three stones and walked out with three dragons.” Varys implies at the end of the conversation that he may have Daenerys killed — for the good of the people, of course — inciting yet another debate amongst fans: At what cost are we willing to see our favorite win the game of thrones?

Looking forward this episode beautifully sets up what will surely be a multitude of heart-stopping scenes. The Hound and Arya ride for King’s Landing with their own revenge plots on the mind, creating the potential for the Hound to face his monstrous brother and for Arya to instigate another major character’s death. Jaime finally sleeps with Brienne, and then leaves her for King’s Landing, leaving it unclear whether he wants to kill Cersei to atone for the sins he’s committed for her or if he wants to join Cersei after realizing he will always be a bad person because he is addicted to Cersei’s love. Most importantly, Sansa lays groundwork to undermine Daenerys’ claim in a move that makes it all the more probable that Sansa could succeed as a dark horse candidate for the throne.

Overall, this episode is the epitome of the “Game of Thrones” experience. The writers have done an excellent job building Cersei to be a real threat to the other vying candidates, while also making it difficult for fans to agree on who, exactly, should supplant Cersei if she is defeated after all. “The Last of the Starks” in and of itself provided exactly what fans have been hoping for, while planting promising seeds for shocking scenes in the final two episodes.