‘Tell-Tale Heart’: ‘Big Little Lies’ Adds Yet Another Mother to the Mix 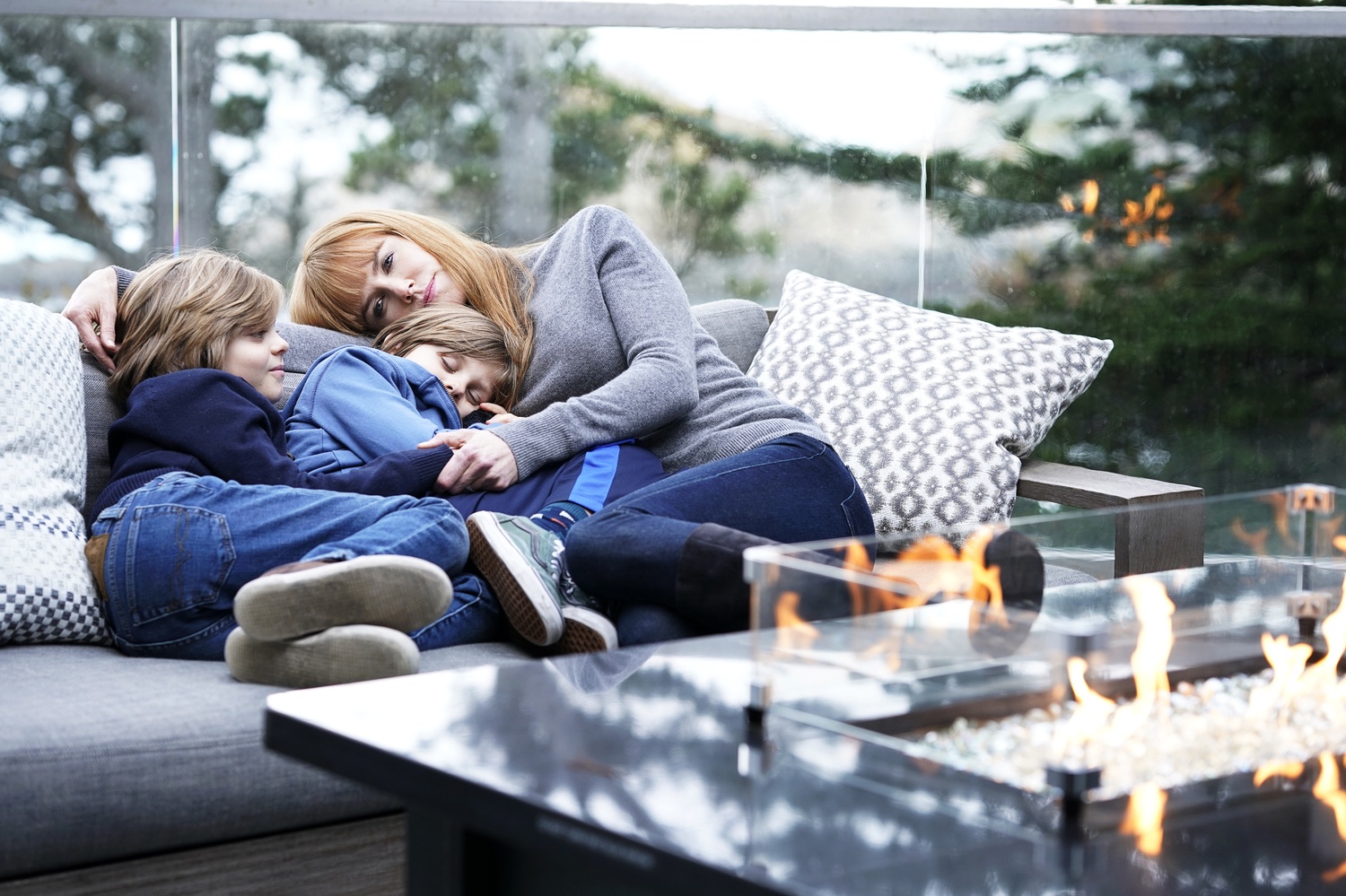 Remember how last week’s Season Two premiere of “Big Little Lies” didn’t have enough going on? Well, it seems in retrospect like the show was just getting its bearings. “Tell-Tale Heart,” the second episode in the season, effectively quashes all fears that Season Two will run out of steam. Plenty is rotten in Monterey, where another mother has joined the mix: Bonnie’s mother Elizabeth Howard (Crystal Fox), who’s been tipped off by Bonnie’s husband Nathan (James Tupper) that something’s amiss with her daughter. First Mary Louise, now Elizabeth… Is this town just one festering cesspool of mommy issues?

Conventional wisdom, however antiquated, dictates that mothers usually have a sixth sense about their kids. But in “Tell-Tale Heart,” it seems like Elizabeth literally has a sixth sense, showing up on the scene to call Nathan out for his dearth of emotional intelligence (deservedly), as well as to dispense random, foreboding bits of wisdom like “I have been having visions lately… I see lots of water, and somebody’s drowning.” She also shows up in the middle of the night to deposit what looks like half a chicken wing, a feather, and a crystal at Bonnie and Nathan’s bedside. Not to mention, she reminds Bonnie ominously of “what happened last time.” Last time… Bonnie murdered someone? Casual!

Gratifying Elizabeth’s vision of death by water would mean paying off a frustratingly obvious bit of foreshadowing, especially for a show that’s managed to plant subtle clues and circle back to them organically. Consider Jane’s recurring visions of confronting her anonymous rapist, only to finally realize in last season’s finale that the rapist — and by extension, Ziggy’s father — was actually Perry. An excellent reveal, made only more excellent by the weeks’ worth of suspenseful build-up.

“Tell-Tale Heart” returns to this plotline in the most gut-wrenching way: After Madeline’s daughter Chloe (Darby Camp) lets slip that Max and Josh (Nicholas and Cameron Crovetti) are Ziggy’s (Iain Armitage) brothers, Jane finds herself tasked with the impossible job of sensitively conveying to her son that he is the product of sexual assault. The resulting conversation between mother and son is a tender reminder that “Big Little Lies” excels in these small, human moments — ones that don’t require flashy plot devices. A brief scene toward the end of the episode sees Celeste and Jane uniting their sons in a fragmented, but touching union by two women who turn their suffering into love. If anything good could be borne out of Perry’s violence, it’s this makeshift family.

Still, Celeste’s post-Perry life is far from normal, as “Tell-Tale Heart” zeroes in on the ever-present reality of post-traumatic stress. Celeste continues to grapple with her flashbacks in therapy — a particularly harrowing imagining of Madeline in her place sparks a visceral reaction — while also contending with Mary Louise’s increasingly probing questions about the circumstances of Perry’s death, as well as her threat to go to the police in search of answers.

Elsewhere, families are unhappy in their own ways. While Chloe leaks the secret about Ziggy’s father, her older sister Abigail accidentally reveals her mother’s affair in front of Ed (Adam Scott), whose frustration about being left in the dark in their marriage has built to the breaking point. Season Two is proving to be a breakout moment for Scott’s character, who thus far has been a supportive background presence in the Mackenzie household, but not much more. “Tell-Tale Heart” allows Scott to flex dramatic muscles that have been missing in his previous comedic roles.

Even so, it’d be hard to unequivocally award Adam Scott performance of the week, especially with Laura Dern around. Ed’s muted anger pales in comparison to Renata’s fully-fledged outburst at the news that her husband Gordon (Jeffrey Nordling) bet and lost their substantial wealth — including the ranch! — in a stock-shorting scheme. “I will not not be rich,” she hisses at the police station, punctuating each succinct syllable with a forceful jab at the glass wall separating them. It’s the line of the week, and for good reason: Laura Dern knows how to throw a tantrum.

So, what’s next for the Monterey Five? It’s probably a safe bet that scriptwriter David E. Kelley will substantiate Elizabeth’s visions of drowning, however predictable they might be. There’s also the likely possibility that Mary Louise’s threat to go to the police will result in a full-on custody battle for Max and Josh, especially with their mother’s Ambien-fueled car crash. Meanwhile it remains to be seen whether Madeleine and Ed — or Renata and Gordon, for that matter — will last the season. Like the show’s recurring title card shot, it seems like more than a few marriages are on the rocks.