‘The End of the World’: ‘Big Little Lies’ Forecasts Our Collective Demise 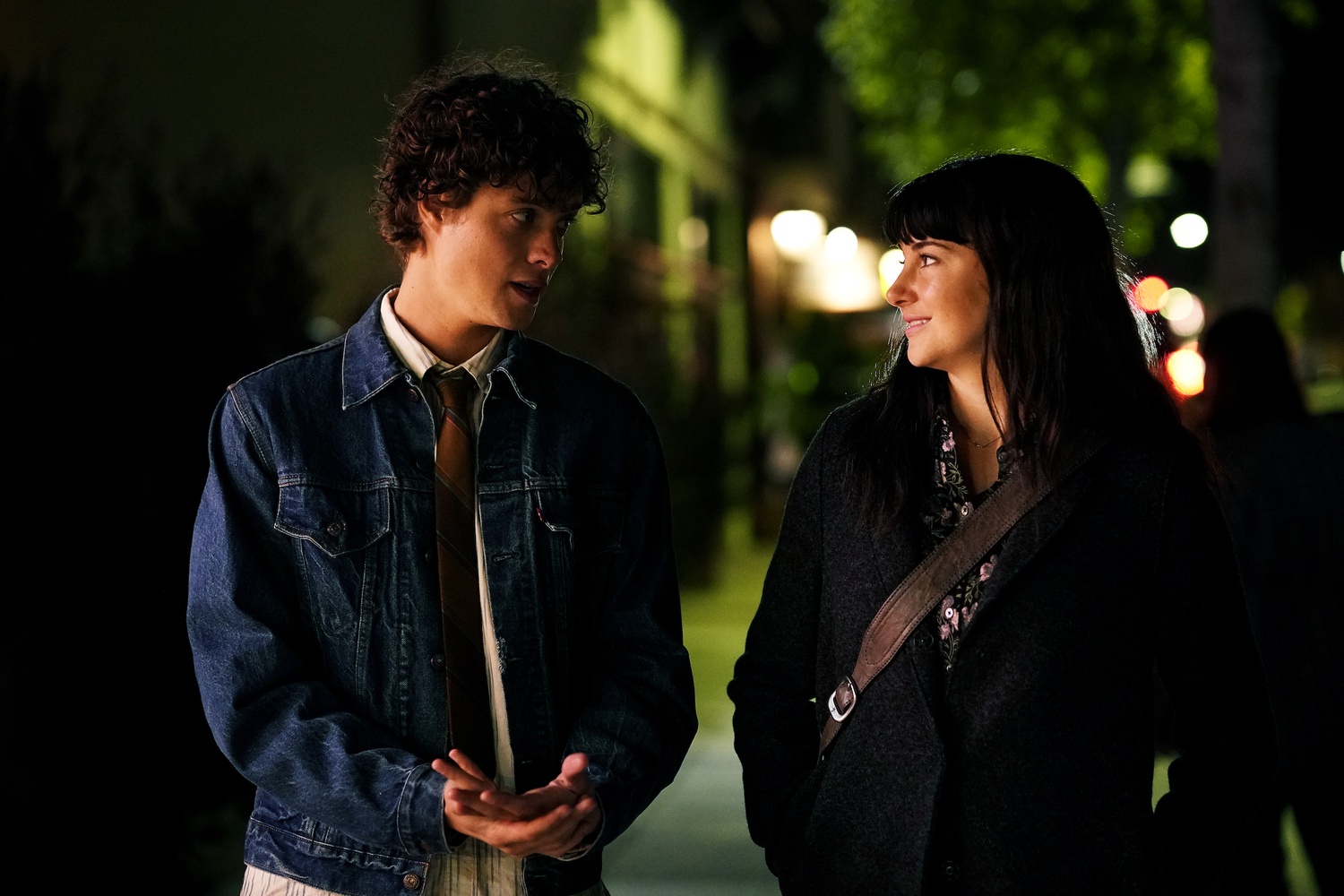 It’s the end of the world as we know it, and for a show about Monterey’s upper crust, “Big Little Lies” is surprisingly conscious of our impending collective demise. The HBO drama has enjoyed pitting well-meaning, yet clumsy activism against the oblivion that accompanies considerable wealth — from Abigail’s (Kathryn Newton) online virginity auction in the first season (kids these days!) to her latest anti-homelessness start-up.

But in “The End of the World,” the third episode of the second season, Abigail surprisingly does not lead the latest crusade for collective action. No, this time it’s the faculty of Otter Bay, including second grade teacher Mr. Perkins (Mo McRae), whose lectures on “Charlotte’s Web” veer from the ethics of honesty to the fight against global warming. Which, to be fair, is an admirable and urgent mission, but one that does not go over well with the second grade parents — especially after little Amabella (Ivy George), overcome with the gravitas of climate change, suffers an anxiety attack behind a classroom cupboard door.

That would be worrying for any mother, but Amabella’s mother is none other than Renata Klein (Laura Dern), casual wearer of the Gucci fanny-pack whose marital bliss suffered a major overhaul last episode after her husband, Gordon (Jeffrey Nordling), was arrested for securities fraud. Naturally, Renata bursts into the ER in an anxious frenzy, rushing to Amabella’s side while also managing to insult the physicians’ incompetency. Hell hath no fury like Renata Klein scorned — and Laura Dern’s unmitigated fury has been a major performance highlight of this season (#FeeltheDern). That being said, Dern runs the risk of compressing that delightful anger into caricature in this episode, mimicking the ER doctor in infantile sing-song. Renata turns her fury next on Mr. Perkins and stress-smoking Principal Nippal (P.J. Byrne), whose hapless sustainability lesson plan triggered Amabella’s latent fears of climate change — totally unrelated to the fact that her dad just jeopardized the family fortune that her mom labored over tirelessly, and their marriage teeters precariously on the edge of total collapse. Right?

Renata is just one Monterey mother who’s blind to her own foibles, as writer David E. Kelley and director Andrea Arnold show next. Both Madeline (Reese Witherspoon) and Celeste (Nicole Kidman) continue to be in denial of their own realities, as Madeline takes a turn in the shrink’s office for marriage counseling with Ed (Adam Scott) after the bombshell news of Madeline’s affair. “I fucked up,” Madeline concedes, “and I’m desperate to fix it.” Still, she can’t seem to admit out loud that her own self-consciousness about her lack of college education, plus her own deeply-seeded insecurities about the institution of marriage, have impaired trust and communication in her fraught second marriage with Ed. Meanwhile, Dr. Reisman (Robin Weigert) expertly rips into Ed’s passivity, which has henceforth only been a virtue: “You describe yourself as a go-along, get-along, don’t-make-waves kind of guy,” she tells him frankly. “It makes you either wonderfully accommodating or profoundly disengaged.” Burn!

In response, Ed disengages completely, loitering awkwardly in the back while Madeline delivers an emotional address at the school’s town hall on anxiety. It’s not by choice; Principal Nippal abrasively singles her out of the audience, which is a fairly drastic imposition even for Madeline MacKenzie. “Too much to get up and help her, Ed?” Celeste chastises him in the parking lot afterward. “She’s your fucking wife.” It’s nice to see someone defending Madeline, who in turn provides emotional support for Celeste. Though their friendship has relocated from the coastal coffee shop to the claustrophobia of the driver and passenger seats (a multifaceted metaphor lies ripe for unpacking here!), theirs is a relationship expansive enough to grow to fill the space of its confinement.

Celeste herself misses being a wife, it seems, as she reminisces fondly over old videos of Perry, and maybe even inflicts harm on herself in order to remember their marriage, though she denies it to Dr. Reisman (Monterey’s sole voice of reason). No more sightings of the tattooed guy from last episode’s Ambien-induced flashback, though he’ll undeniably resurface later. Business-as-usual for Celeste unfortunately involves insisting, again, to her holier-than-thou mother-in-law (Meryl Streep, with those consistently horrible prosthetic teeth) that Perry was an abuser, that her trauma is not imagined. Thus far, Mary Louise has become a mouthpiece for society’s most bigoted notions about abused women, and it would be refreshing for Streep (and Kelley, and Arnold) to push her character into more complicated, uncharted territory. After all, only Streep could lend Mary Louise the humanity necessary to transform her from a hateful rape apologist to a mother whose maternal love has blinded her to her son’s misogynistic violence.

Or maybe not. Who knows? Maybe Mary Louise will turn out to be as dangerous as her son, especially since this week’s episode forecasts some shady collusion with Detective Quinlan (Merrin Dungey), not to mention her gross, repeated denial of Jane’s rape in addition to Celeste’s abuse. This brings us to the episode’s most poignant storyline: Jane refuses to grant Mary Louise a paternity test, rightfully insisting that she remembers what happened that night. (No, she did not “tempt” Perry “in a moment of weakness,” despite what Mary Louise suggests.)

Still, Jane manages to extract some happiness despite this repugnant line of questioning, mainly from Corey (Douglas Smith), the curly-haired coworker who asks her out at work. He’s a weirdo, which means his sartorial choices include pairing a shirt and tie with a jean jacket, but overall he’s earnest and innocuous and likes her enough that he doesn’t shy away from meeting her son and sweetly dances with her. They’re a good couple, Corey and Jane, and it’s perhaps this goodness that prompts Jane to weep silently while they dance — Jane has not been shown kindness, especially from a man, for a long time. (Excluding Tom, the café owner and Jane’s date to the gala, who’s been noticeably absent this season. What happened to Tom? Was he murdered? Arrested? Fired for not being quirky and earnest enough for Jane? Definitely a glaring plot hole.)

It says something that Jane has allowed Corey into her life, even meeting her son, yet it also says something that she’s reluctant to kiss him, to let him too close. Celeste is not the only woman still reeling from Perry’s abuse, this episode demonstrates; Jane also bears those scars, even if they’re less visible. Maybe it’s the end of the world, but for Jane, at least this feels like a beginning.