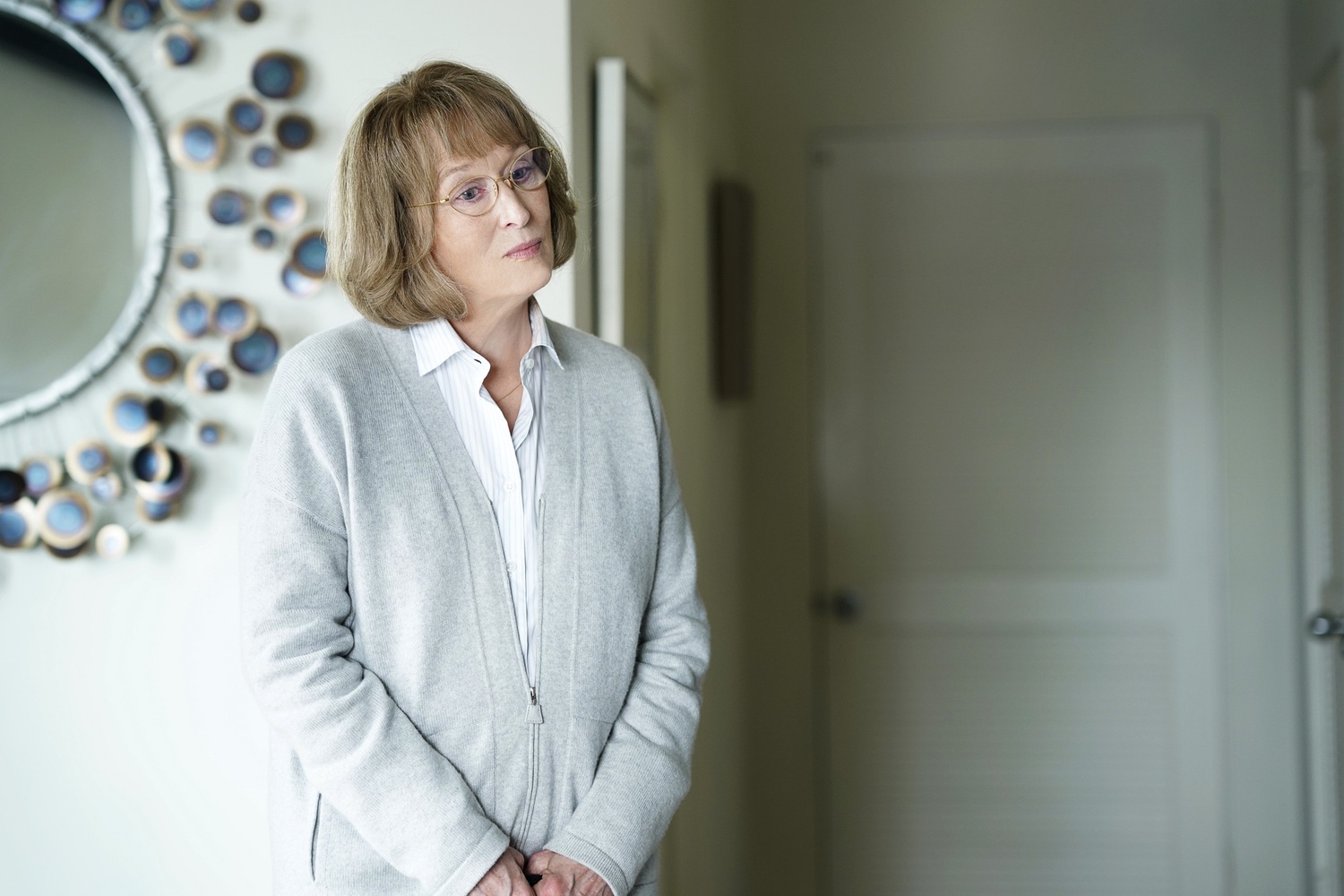 Meryl Streep as Mary Louise in the second season of "Big Little Lies." By Courtesy of Jennifer Clasen / HBO

You’d think after one murder, Monterey denizens would learn their lesson about costume parties. Still, in an effort to salvage her daughter’s mental health amidst her husband’s bankruptcy scandal, Renata (Laura Dern) throws a disco-themed bash for Amabella’s (Ivy George) eighth birthday. Paisley-patterned shirts and hippie headbands abound. (Do we have enough word count to point out the ludicrousness of throwing a ‘70s-themed party for an eight-year-old? No?) It’s the last great hurrah for the Kleins, who have just lost their Aspen condo, Palm Beach vacation home, and yacht, so this party better be all about “pure, unmitigated joy.”

No such luck. Predictably, for a group of people lodged in an explosive nexus of affairs, grudges, and secrets, tension breaks out almost immediately after Renata’s saccharine greetings. Nate (James Tupper) literally snatches Ed’s (Adam Scott) wig. Meanwhile, Celeste (Nicole Kidman) and Bonnie (Zoe Kravitz) both admit they regret going along with the lie about Perry’s death, a gentle criticism that Madeline (Reese Witherspoon) takes as a personal affront. “Are you blaming me?” she asks, indignant. Bonnie offers a shrugged response: Well, you did originate the lie, so…

To be fair, Madeline’s also on edge about her fragile marriage with Ed, and Celeste does her best to dispel her best friend’s anxiety. Regardless, Celeste is right that this lie “has had quite a shelf life.” Which begs the crucial question: Do none of the Monterey Five — a Silicon Valley titan and former attorney among them — know how to hire a lawyer? Celeste’s deceased husband was a rapist and serial abuser. Surely attributing his untimely death to an accidental fall was less legally tenable than telling the (already persuasive) truth, that these women acted in self-defense.

Unfortunately for Celeste, at least someone in Monterey knows how to hire a lawyer: Her mother-in-law Mary Louise (Meryl Streep), after witnessing one too many of Celeste’s breakdowns, deems her unfit to care for Max and Josh (Nicholas and Cameron Crovetti) and initiates the season’s long-anticipated custody battle. “Big Little Lies” makes its allegiance to Celeste obvious, especially when Mary Louise, resident rape apologist, continually exhibits such reproachable behavior. There’s no doubt that she’s the antagonist, especially after she rents an apartment right in Jane’s building. Yet the case against Celeste is building, as Mary Louise expresses to an increasingly convinced Jane: a secret drawer full of various pill bottles, reckless driving, and lo, a shirtless bartender strolling through the Wright residence post-one-night stand. It might be time for Celeste to whip out her old law school textbooks, because a full-fledged custody battle is clearly in the pipeline, and it doesn’t look good for her.

Elsewhere, another concerned mother fears for her child: Elizabeth, witnessing the tense exchange among Bonnie, Madeline, and Celeste, warns her daughter that she doesn’t “like the energy in this house.” She’s clearly intuited that the pure, unmitigated joy that Renata intended with the party is clearly performative, a tiny band-aid over a festering wound, or as Ed says to a frustrated Madeline, “a dog and pony show in front of all of Monterey.” Bonnie insists that it’s just Elizabeth’s “weird imagination,” and we’re inclined to believe her, until Elizabeth collapses while leaving the party. Her foreboding visions of dark water evolve to include Bonnie, drowned and floating lifelessly. Whether it’s just a psychological evocation of Bonnie’s mood, or a harbinger of something more ominous, this can’t portend anything good.

Yet somehow, all these plotlines feel somewhat inconsequential. Between the custody battle and the drowning prophecy, predictable seems to be the unfortunate descriptor for this season’s “Big Little Lies,” which has overtly announced every plot point that could’ve been an enigmatic twist. The strongest suit of the first season was its overarching mystery: There’s a murder, but the identities of killer and victim are both unknown. Here, Season Two seems hasty to unspool each storyline as it happens: Someone drowns, and it’s Bonnie. Ed finds out about Madeline’s affair, and he’s angry. The teleplays are full of GIF-able one-liners and quips in the name of fan service, which is why Season Two’s overall lack of substance does little to stymie the loyal viewership of the television equivalent of a campy summer beach read — surely if viewers have come this far, they’ll stick around until the finale. But why, exactly, “Big Little Lies” keeps going without much of a propulsive storytelling mechanism, a suspense factor keeping us hungry for the next episode, is beyond any understanding. Perhaps that’s the biggest mystery of all.