50 Years: The Lunar Landing and Space in Film 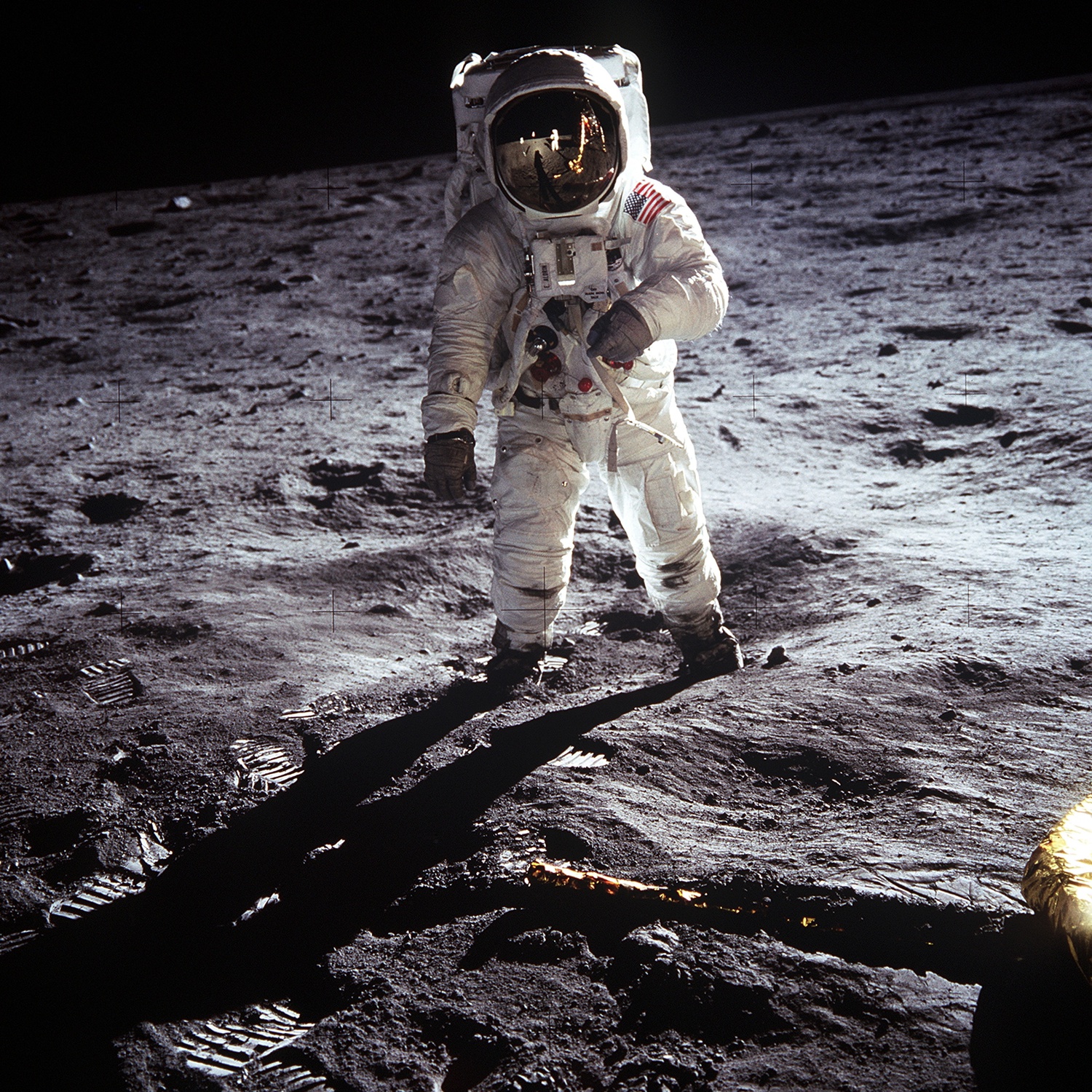 Astronaut Buzz Aldrin on the moon in 1969. By Courtesy of NASA/Wikimedia Commons
By Lanz Aaron G. Tan, Crimson Staff Writer

Since the advent of space travel our ancestors have looked to space only to be greeted by questions. But on July 20, 1969, some of those questions were answered when Apollo 11 joined the storied chapters of human history and brought two men — Neil Armstrong and Buzz Aldrin — to the moon. For the first time, the world wasn't looking at an empty canvas of the unknown: There was another pocket of space, however small, that humankind had begun to explore, and that expansion of our collective worldview has been instrumental in transforming how space is portrayed on the big screen.

As a medium, film arguably offers the most opportunities to suspend disbelief; audiences can be transported into the limitless expanse of space and escape into the unknown. George Méliès’ “Le Voyage dans la Lune” (1902), which pioneered the science-fiction film genre, gave a glimpse into this tantalizing prospect with an outlandish but now-iconic shot of a spaceship shot from a cannon into the face of the moon.

But what began as an innocent fantasy picked up steam during the Cold War as the United States and the Soviet Union stumbled into the space race: All of a sudden, space travel was politically relevant, and on the cutting edge of technological progress. For science fiction films of the era, the outer rim of space represented the future, entailing infinite possibilities. To borrow the iconic title sequence of "Star Trek," these movies boldly went “where no one has gone before,” engrossing viewers in fantastical alien worlds far removed from the grim realities of politically motivated space travel. Notable successes from the era, like George Lucas’ “Star Wars” (1977), captured the imagination of generations by pairing poignant emotional storytelling with groundbreaking visual effects. Evidently, space-bound science fiction films has remained a strong tradition — not only because classic franchises have captivated audiences, but also because new movies continuously look to space for inspiration — James Cameron’s “Avatar” used 3-D computer graphics to build an immersive alien planet from scratch, and subsequently became the highest grossing film of all time.

As the dramatic space race of the 20th century concluded, the perspective of space in the film industry has also changed from that of a novelty to a historical event indelibly etched into the minds of billions. This gradual shift in perspective ushered a movement toward capturing the grounded reality of space, developing a sub-genre alongside the popularized science-fiction route. Philip Kauffman’s “The Right Stuff” (1983) and Ron Howard’s “Apollo 13” (1995) were instrumental in portraying this reality faithfully, with the latter showcasing the motivational survival tale of three astronauts — Jim Lovell (Tom Hanks), Jack Swigert (Kevin Bacon) and Fred Haise (Bill Paxton) — who had to maneuver their spacecraft in the cold depths of space after a technical malfunction sabotaged their lunar landing mission. The depiction of space travel in “Apollo 13” was a departure from the often glorified Apollo missions: Navigating space was laborious and dangerous. However, early space epics like Howard's, which relied on practical[,] photo-realistic effects, were tethered by technical limitations of the era; computer graphics were relatively primitive and prevented some scenes in "Apollo 13," such as the rocket launch, from being historically authentic. However, with the recent, explosive success of computer graphics, modern films — even fictional ones — can take a jab at the "realistic" space travel Howard's "Apollo 13" came so close to perfecting. In “Gravity” (2013), which chronicles an astronaut stranded in space after a solar flare damages her spacecraft, Alfonso Cuarón employs harrowing cinematographic effects to convey the vast emptiness of space. Ridley Scott’s “The Martian” (2015) uses a witty script to breathe life into comedic botanist, Mark Watney (Matt Damon), when he's accidentally left behind on Mars after his space crew evacuates in a sandstorm. Even Christopher Nolan’s “Interstellar” (2014), which seems like pure science fiction with its far-fetched ideas of navigating worm-holes and exploring other worlds, is mostly grounded by sound physics, believable characters, and a pragmatic premise.

Perhaps the most fitting celebration of today’s anniversary is Damien Chazelle’s “First Man” (2018), which not only recounts the tribulations of the first man to step on the moon, Neil Armstrong, but deconstructs the "space epic," taking the genre full circle to the subject matter that inspired it. At its core, “First Man” isn’t about the success of the Apollo mission, or the historical relevance of landing a man on the moon — it’s a heart-throbbingly beautiful character study of grief, loss, and healing through ambition, told from the eyes of a an extremely reserved central character. Chazelle could have taken “First Man” in a multitude of directions, but he effectively conveys the grief of losing a child. At first, it seems that Armstrong almost wants to be uncooperative with his family and fellow astronauts, but as "First Man" progresses, it becomes painfully evident that every time he inches towards closure, the perpetual risk he and his inner circle of astronauts face inhibits any catharsis. A haunting soundtrack by longtime Chazelle collaborator Justin Hurwitz underscores the film's often bleak tone by highlighting the theremin, an instrument whose chords tremulate with a whimpering loneliness. One detail easily lost in the film's deeply emotional arc is the gorgeous switch from a 16mm handheld camera that captures the grainy domestic scenes, to industry-standard 35mm when the setting shifts to NASA headquarters, and then to an IMAX wide shot that captures the moon landing in all its wonder; it’s a thoughtful switch that matches character moments with a complementary atmosphere. Ultimately, “First Man” takes big risks with its gritty tone — an evolution from the dark, but still motivational “Apollo 13” — but they all pay off, culminating into a new and refreshing take on a genre that has slowly been changing for half a century.

Today, 50 years after the moon landing, it’s astonishing to see how far space films have gone; from the fantastical to the real and back, what began as a niche section of film has evolved into a spectrum of subgenres. In considering how far the classic "space film" has evolved, I’m reminded of the moment when U.S. President John F. Kennedy first announced that NASA was sending a man to the moon: “We choose to go to the moon in this decade and do the other things, not because they are easy, but because they are hard.”
—Staff writer Lanz Aaron G. Tan can be reached at lanzaaron.tan@thecrimson.com. Follow him on Twitter at @LanzAaronGTan1