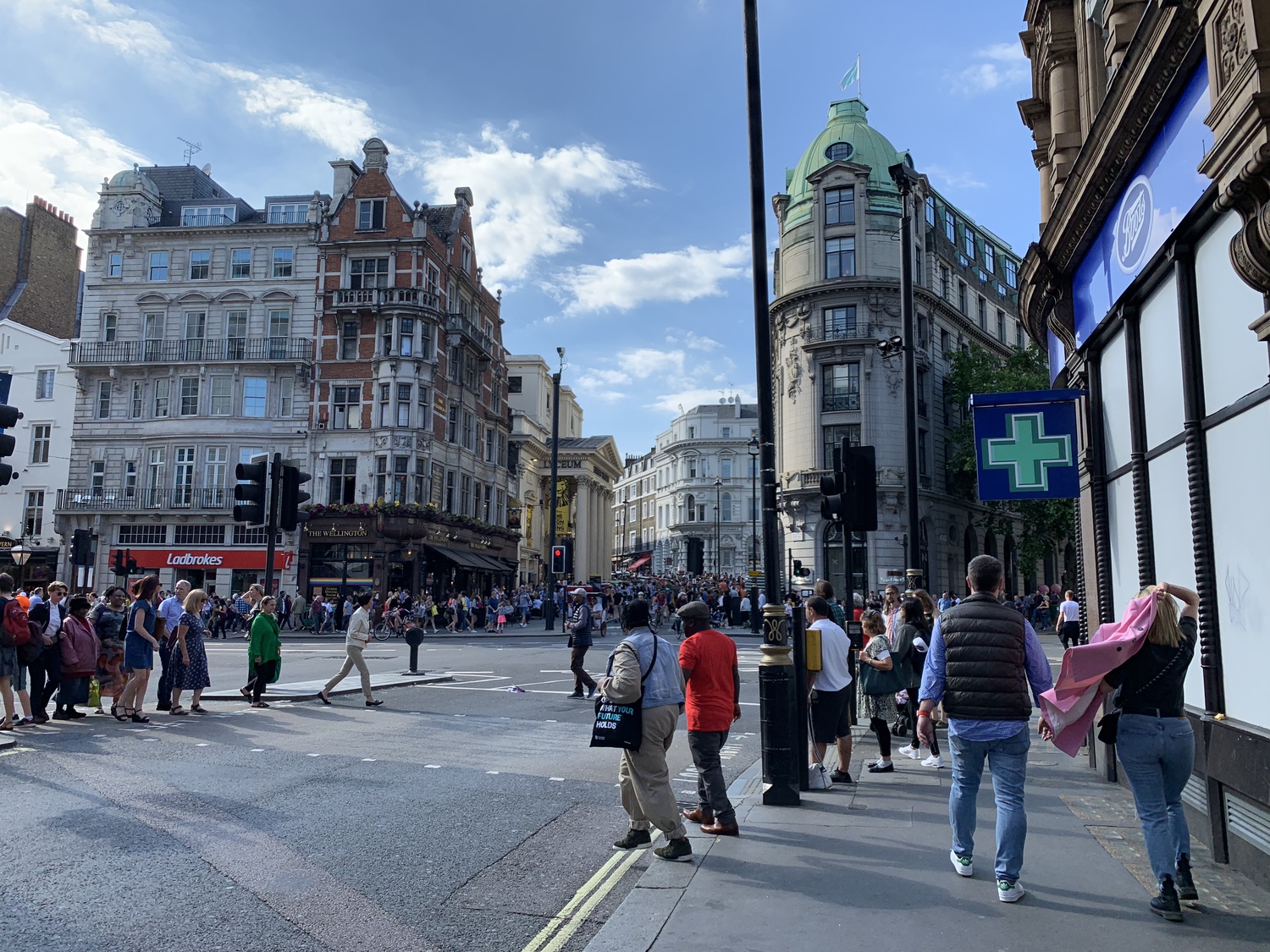 LONDON, ENGLAND — I’ve always considered myself an extrovert, but it wasn’t until I got to college that I started to become uncomfortable with spending idle time by myself. Perhaps it was because Harvard churns out a constant stream of potential work and activity awaiting your attention, or maybe it was the pressing universal task of freshman year to find best friends and build your communities (or probably both). Regardless by second semester, I realized that I’d forgotten how to just do nothing and rest in my own company. If I wasn’t being productive, I had to be socializing, and if I was alone I may as well be working. The few times I attempted activities like watching Netflix in bed, I couldn’t escape a sense of restlessness.

This summer, I've been pushed to embrace my own company again with all the beautiful and curious pros and cons of solo living and travel as I spend two months in London for an internship. Certainly, I’ve gotten to know my co-workers and other Harvard expats, and the middle-aged permanent residents with whom I share the kitchen of my Airbnb are pleasant, but it’s a world away from living in a suite of five and mere steps away from thousands of peers. And while a general and consistent desire to meet people has led me to various adventures with strangers from Bumble BFF and Facebook networks for “solo female travelers,” this two month learning experience on virtually every front has included figuring out how to be casually comfortable by myself again. I figured I would share some of my findings:

Cooking for one is a massive hassle in terms of proportions: Nothing in the supermarket is meant for one serving, yet the remaining one-third batch of stir fry isn’t quite enough for a satisfying lunch the next day. You don’t have to convince anyone to humor your foodie fantasies that require waiting outside for 45 minutes in a heat wave, and you’ll probably get a table faster on your own; but on the flipside there’s no one to talk to in line. You get through a lot of audiobooks that you’d always been meaning to check out. Obviously you’ll never stoop low enough to buy a selfie stick, but you do still want a photo in front of Westminster Abbey, so you might have to spend six minutes looking for an idle tourist to take a picture of you. It’s simple enough to make and change plans in a snap when there’s a flash sale on tickets to “Wicked.” You can finally move through a museum at the perfect pace, reading most of the plaques but only going to the sections you’re actually interested in, except there’s no one to hear your random exclamations about European war memorabilia. And thankfully through it all, due to the miracles of modern technology, you can still share all these tidbits with loved ones over innumerable social media/messaging platforms, asking how long it takes to soften potatoes in a curry when it’s 5 a.m. in their time zone.

I’m not sure what the rest of the summer will bring or how I will feel back on campus, but at least for now I’m glad that in the bustle of trying to “adult” in a foreign city, I’ve had time to step back and take a selfie with the roses.

Jenna X. Bao ’22, a Crimson Arts editor, is a History and Literature concentrator in Quincy House.