Zambrero Dips Out of Harvard Square in Summer Closure 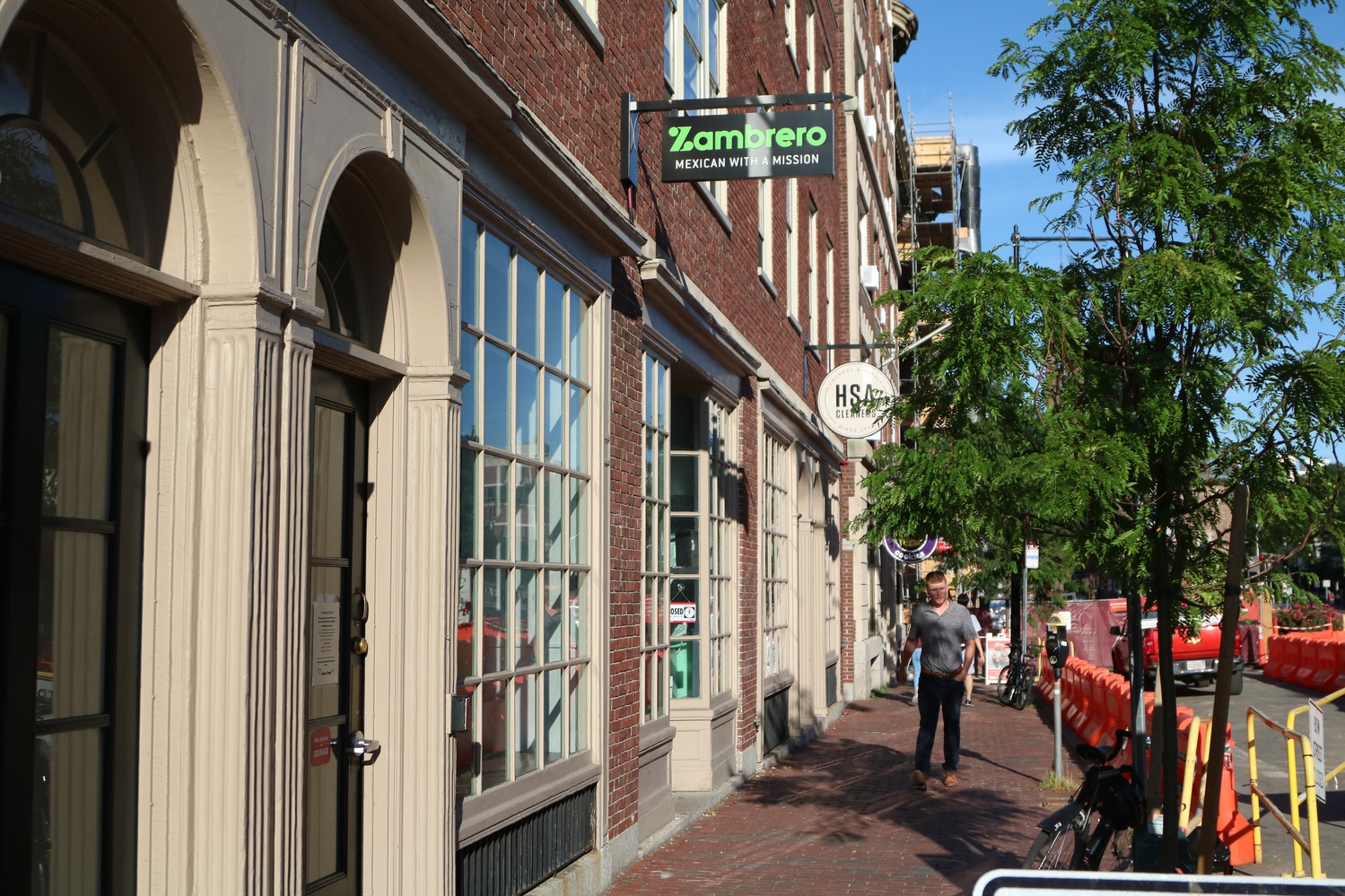 Zambrero Mexican Restaurant dipped out of Harvard Square on Friday, permanently closing the doors to its 71 Mount Auburn St. location.

After fewer than 18 months in business, the Australian burrito chain succumbed to a recent spate of closings, which also claimed its competitors Qdoba in June and Chipotle in January.

The first to fall in this wave of Mexican chain closings was Boloco, which left Harvard Square in July 2017 after more than two decades in business. Zambrero opened shop in Boloco’s vacated spot in March 2018, but had no more luck than its predecessor.

Zambrero is still the largest Mexican franchise chain in Australia; humanitarian Sam Prince started the restaurant chain in 2005 with the tagline, “Mexican with a mission.” For every burrito or bowl purchased, the restaurant donates a meal to those in need.

Zambrero did not respond to multiple requests for comment.

Denise A. Jillson, the head of the Harvard Square Business Association, said that she applauded Zambrero's “charitable” mission.

“One would have thought that that would have been a big draw for the students in particular, because I do think that age group is very inclined to want to support humanitarian efforts,” she said. “For whatever reason that I cannot explain, Zambrero never took off the way they were anticipating that it would.”

Jillson added that they faced stiff competition from “locally-owned” Mexican restaurants like Felipe’s and El Jefé’s. El Jefés has also contributed to charitable causes, notably hosting a fundraiser for Ben M. Abercrombie ’21, who was paralyzed in 2017 football accident.

“It's really hard to have that genre food in the Square, especially when you’re competing with Felipe’s — just a classic in the area,” he said.

Katelyn Yu-Mi Kim ’20 said that Zambrero was so often vacant that it had a vestige of privacy.

In April, she posted on the “Overheard at Harvard” Facebook page about Zambrero’s secluded reputation. The post — which read, “‘Where do you go to be alone?’ ‘Zambrero’” — garnered more than 300 likes.

“This is also tongue-in-cheek, but I think it really captured the spirit of what I was hearing from my friends and classmates,” she said.

Serena S. Shah ’21, who was a biweekly patron of the restaurant, said she was a proponent of Zambrero, despite its unpopularity among her peers.

“I actually ended up getting a couple of my blockmates to cross over and recognize that the food and the staff are nice,” she said. “It was just a good environment.”

Harvard Student Agencies owns the property that Zambrero will soon vacate, though HSA president James N. Swingos ’20 did not respond to a request for comment about what lies in store for the space.

“Something new and interesting will come for sure,” Jillson said.