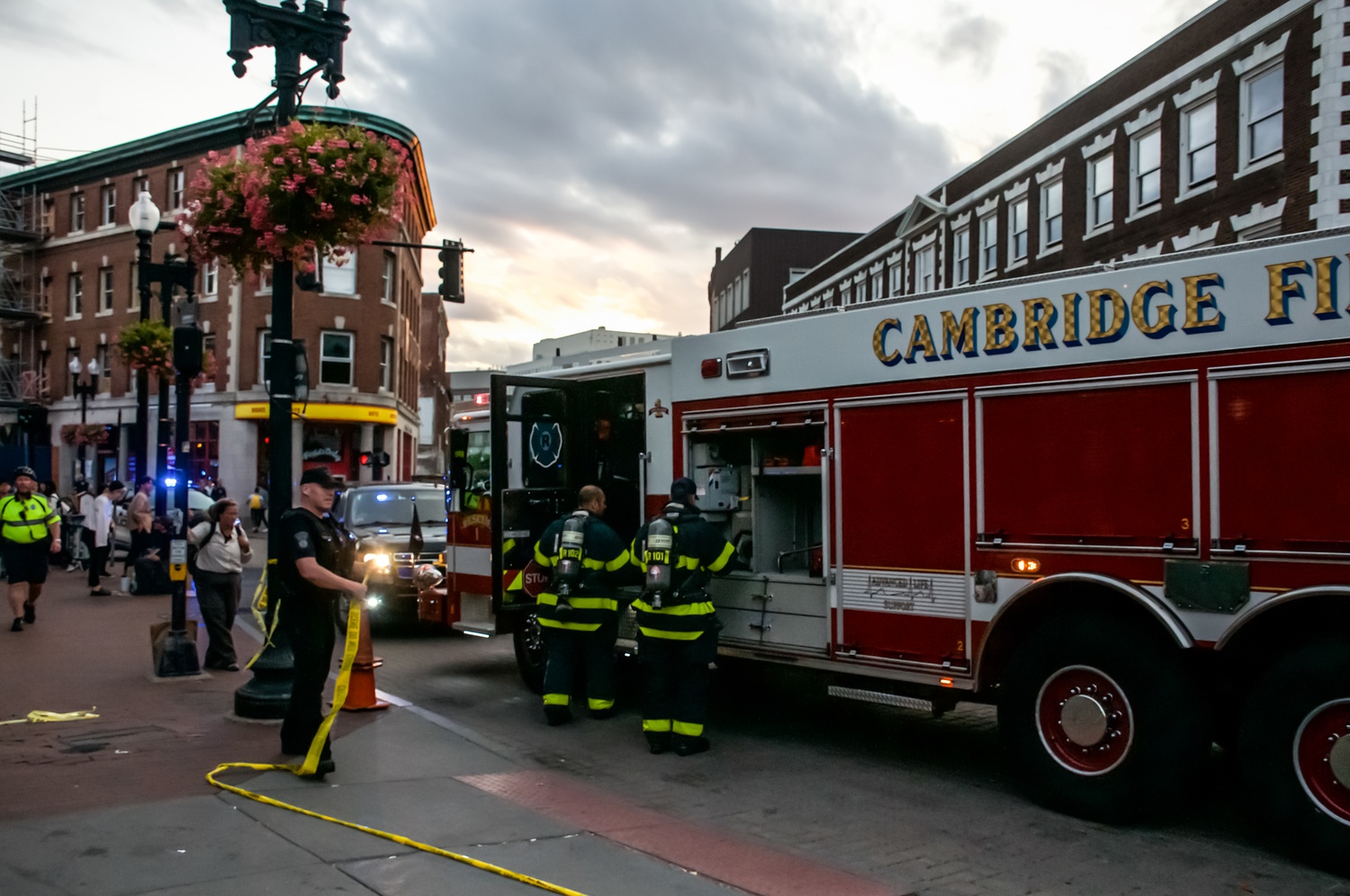 Cambridge emergency responders briefly cordoned off a large portion of Harvard Square Monday evening following reports of a “suspicious package” in the Harvard Square MBTA station, according to police on the scene.

The station later reopened after an investigation, according to Cambridge Police Department spokesperson Jeremy Warnick.

MBTA and Transit Police did not immediately respond to a request for comment Monday evening.

At 6:03 p.m., the MBTA posted on Twitter that trains would bypass the Harvard Square station “at the request of police.” Multiple vehicles from the Cambridge Police and Fire departments soon lined the intersection of JFK Street and Brattle Street, blocking vehicle traffic.

Cambridge police officers and MBTA transit police gradually herded curious pedestrians and disgruntled commuters across the street. Some commuters speculated as to the causes of the delay, while others simply glanced at their phones. At one point, more than 50 people had gathered along JFK Street to watch the responders’ activity.

Laura M. Nicolae ’20 said that she was taking the T back from a class at MIT when the train’s path was altered.

Nicolae said the conductor informed passengers that it would not stop at the Harvard Square station “because of police action.”

Nicolae added that passengers were concerned with the news and that people were “rushing off the train” when it arrived at nearby Central Station.

As the sun set on Harvard Square, officers repeatedly expanded the area of their cordon, which began merely blocking the station entrance but at one point extended across the entire center island of the Square.

Molly R. Newcomb, who works for Harvard’s Alumni Affairs and Development office and was waiting for the station to re-open, said that she takes the train home from work every day.

She said rumors were swirling around the crowd as to the cause of the closure, and that she thought “it could be anything” with the T.

“As we all know, there’s been a lot of problems,” Newcomb said.

A few minutes after 6:45 p.m., officers began allowing traffic to return to the Square and informed T passengers that they were safe to enter the station again.