To Amy Winehouse, With Love 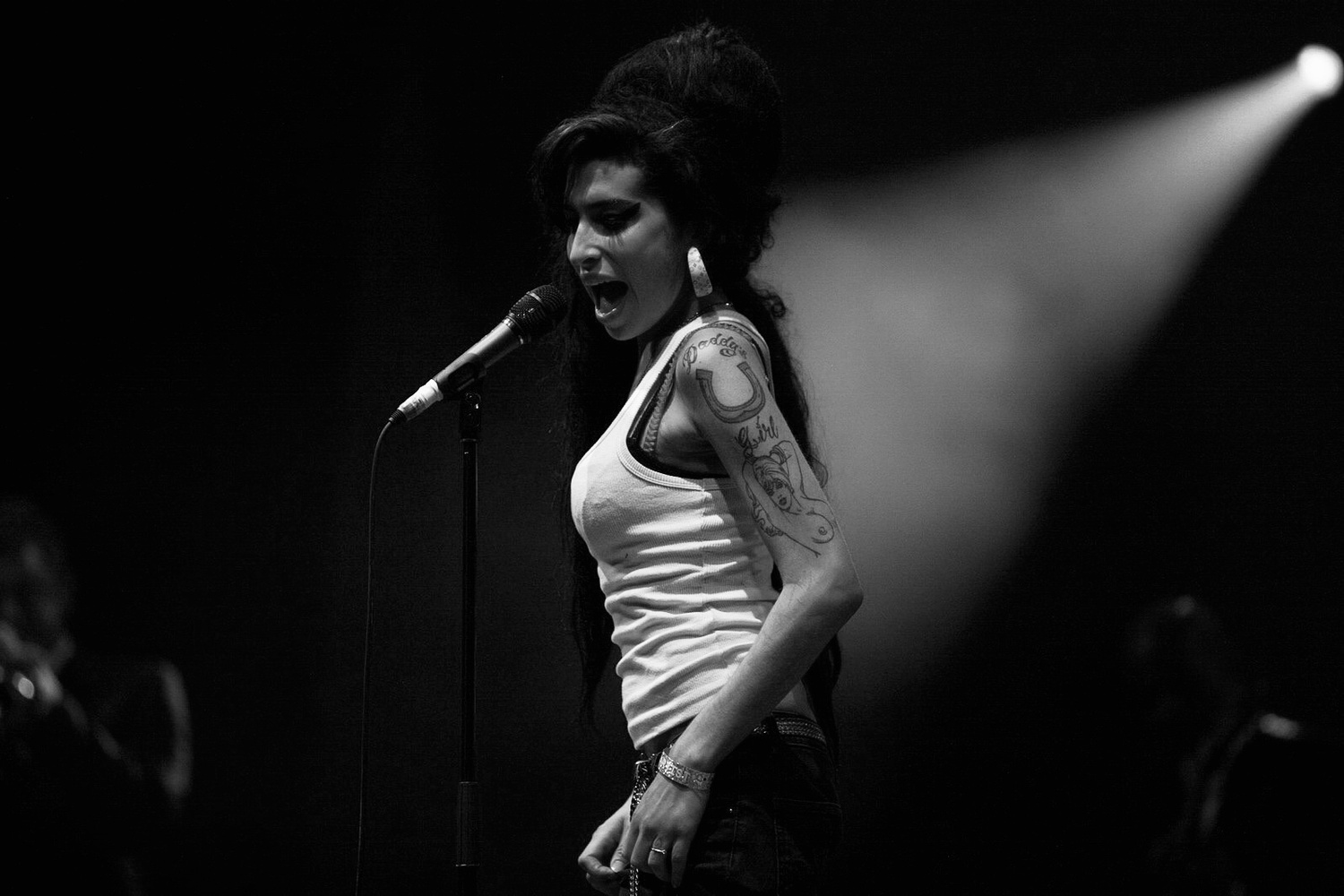 Amy Winehouse performing at the Eurockéennes in 2007. By Courtesy of Wikimedia Commons
By Annie Kim, Contributing Writer

There are more than a few articles I could write about Amy Winehouse. I could tell you how “Tears Dry on Their Own” walked me through my first legitimate heartbreak, or how I’m convinced that her Virgo star sign was a pretty unironically important part of her artistic career. That “Rehab,” in retrospect, was a song that she probably shouldn’t have had to sing in the latter part of her life, or how she spurred my fascination with the 27 Club, a group of musicians who died too young. This essay isn’t really about any of these things.

The short version of my thoughts on Amy Winehouse is that all she ever wanted was to be loved, but instead was used and manipulated. Watch Asif Kapadia’s 2015 documentary “Amy” once, and it’s clear that her father’s love was a conditional sentiment contingent on her success and that her ex-husband’s decision to leave her came nothing short of ultimate betrayal.

I often try to portray my love for Amy Winehouse as something very distinct from that of the ones who hurt her the most. Recently, I’ve been thinking of the fans who booed her offstage for performing inebriated, the tabloids photographing her bloody arms after her post-rehab relapse. I recall the TV show hosts who gawked at her frail, bulimic frame, comparing her to a horse. As fans, we cry out in protest that we would never be like that, because we love her. I can’t help but wonder if we loved and continue to love her, or perhaps more accurately fixated on her, not for her talent or her personality, but because she reminds us of a burning house that we can’t look away from.

I tell people, half-jokingly, that, in my past life, I must have been a creative with some serious problems — that this is why I connect so deeply with Amy. I’m trying to come to terms with the fact that the form of love I had for her was self-indulgent. It wasn’t that I appreciated the way her voice could captivate a crowd when she sang “Valerie.” Don’t get me wrong, I do love her for that, but there’s a part of me that is mesmerized by the way she laid out her pain for the world to see. I’ve always felt the need to hide the complicated parts of my life, to wrap my experiences up with a pretty bow, but Amy’s were exposed. Whenever I could glimpse some part of her in myself, I felt like I was reading a more complicated version of “Celebrities: They’re just like us! Look at [Oscar-Nominated Actress] waiting in line for groceries!”

For some time, I couldn’t stop consuming this image of the “hurting Amy,” the “heartbroken Amy,” or the “abandoned Amy.” I romanticized the problems she dealt with, which I believed she channeled in her music. And though they were a very real part of her life, I have increasing faith that there were moments of lightness, of love, and of peace that I never accepted as part of Amy Winehouse’s life but were, probably to her, just as important if not more so.

There are arguments as to whether we should love someone “because” or love someone “despite.” You love someone because they remember the stories you told them in passing or can’t help but smile whenever they see a cute dog. You love someone despite the fact that they grind their teeth in their sleep or think being 15 minutes late to everything is socially acceptable. To love “because” is to acknowledge the facets of someone you hope never change. To love “despite” is to know that there are facets of a person that might change for the better (and you want to stick around while they find that new “better”). So what if people love Amy partly because she was suffering and fulfills the archetype of the tortured artist? I project my fears of abandonment onto my interpretation of Amy Winehouse’s life, and I see that my defenses of Amy, of how she deserved more, were often self-gratifying.

For me, this means listening to her voice in a different way. It means uncovering the ways she played with her voice at live performances to peak out bits and pieces of herself. It means finding all her different renditions of “Valerie” and discovering that her favorite was the original, “Valerie (‘68 Version”), not the ones she recorded for “Back to Black” or with Mark Ronson. I hope that the next time you want to listen to Amy Winehouse, you’ll consider how you might listen to her in a new way. I promise the experience will not disappoint.

— Contributing writer Annie Kim ’20 is an Anthropology concentrator who lives in Eliot House.