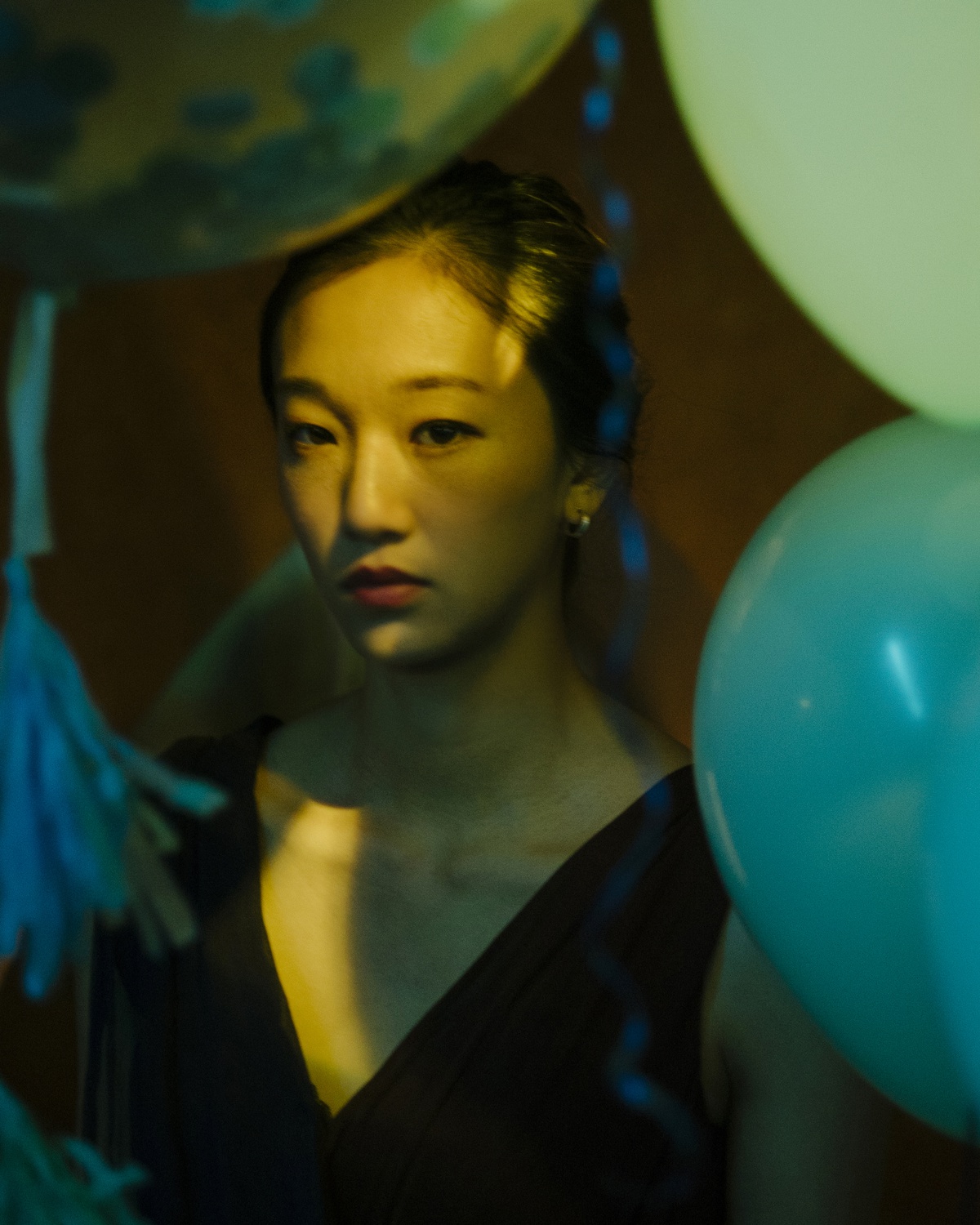 Purple is the color of the hanbok that Kasie (Tiffany Chu) wears in “Ms. Purple” as she trudges in the early dawn, dispirited and worn-down, right in the middle of the road. Purple strobe lights flash in the karaoke and nightclub where Kasie works. It is also the color of the dream-like, ethereal backdrop with a palm tree silhouette that flickers on-screen without sound or explanation. Put more figuratively, purple may represent a perpetual state of indecision, the grayness between the clear-cut, primary colors red and blue, or as a bold sign of Kasie’s pride and dignity — her attempt to preserve her self-worth despite the litany of self-degrading methods she employs to keep her dad alive. Whatever interpretation the audience may have as to the significance of the color purple in the film, there is more depth to it than just its vibrant aesthetic palette.

Directed by Justin Chon and co-written by Chon and Chris Dinh, indie drama “Ms. Purple” paints an emotionally powerful portrait of a Korean-American family,and their internalized struggles to define their cultural values. This story reunites two estranged siblings, both with deep inner scars, who burden themselves with the filial duty to care for their comatose father in a corner of their home until his very last moments. “Ms. Purple” proves Chon’s well-rounded filmmaking talent and marks his return to the Sundance Film Festival (after winning a 2017 NEXT Audience Award for “Gook”). Saturated in colorful allure yet steeped in a soulful hollowness, this film is a slow-burning character study that will leave you breathless.

Kasie works as a karaoke hostess (doumi) in the dark nooks of Los Angeles’s Koreatown. She caters to the whims and demands of drunken businessmen, drowns her sorrows with soju and MDMA, while also caring for her unconscious father, Young-Il (James Kang), who is the reason why she works so desperately hard to earn money. When his in-home nurse unexpectedly quits, Kasie reaches out to her estranged brother, Carey (Teddy Lee), who decides to return home after having severed ties with his father years before. In the last few days of their father’s life, the siblings reunite in an effort to mend their frayed relationship and untangle the repressed family troubles that led to their separation. Carey fights traumatic memories about his mom’s early departure and his resentment towards his unconscious father, while Kasie deals with a number of men — she accepts money from patron Tony (Ronnie Kim) in exchange for sexual favors, receives kind-hearted flirtations from club valet Octavio (Octavio Pizano), and tries to keep her unreliable brother from leaving her and her father again.

One of the central concerns of the film is the conflict between the responsibility one has to one’s family, and personal independence. Kasie must decide whether or not to abandon her impoverished family and accept an offer to move in with the affluent Tony, who gifts her a purple Korean traditional dress (hanbok), and whether or not to move her father into professional hospice care. Her dilemma resembles the difficult choices her parents had previously made: to leave her family behind in pursuit of a life of luxury as her mother did, or to remain standing beside her family like a sturdy palm tree, a pillar to rely on during times of hardship, as her immigrant father once promised. Kasie’s retort to her wayward brother, who escapes for hours into a computer gaming center to avoid dealing with the brutal reality of this choice, haunts the rest of the film. “Where’d you go?... I'm not going to leave him like you did,” Kasie says. Despite everything, Kasie endeavours to hold the family together. Perhaps the solution to her problems is to let loose with a bottle of soju.

The string-laden soundtrack by Roger Suen and the freewheeling cinematography by Ante Cheng, complemented by moments of pure, reflective silence, suffuse the screenplay with a mournfulness and a kind of bruised romanticism, while leaving plenty of room for moments of delight. From Kasie’s reappraisal of long-forfeited piano dreams, to Carey’s adventures to sunlit rooftops on which he maneuvers Young-Il’s bed as if it were a trolley, and Octavio’s twirling ballet riff to shatter the seriousness of it all — this poignant drama is about rekindling hope and staying true to your roots, wherever you are.

—Staff writer Woojin Lim can be reached at woojin.lim@thecrimson.com and on Twitter @lim_woojin.