McGovern Apologizes for Accepting Contributions from Donors to Anti-BGLTQ Cause 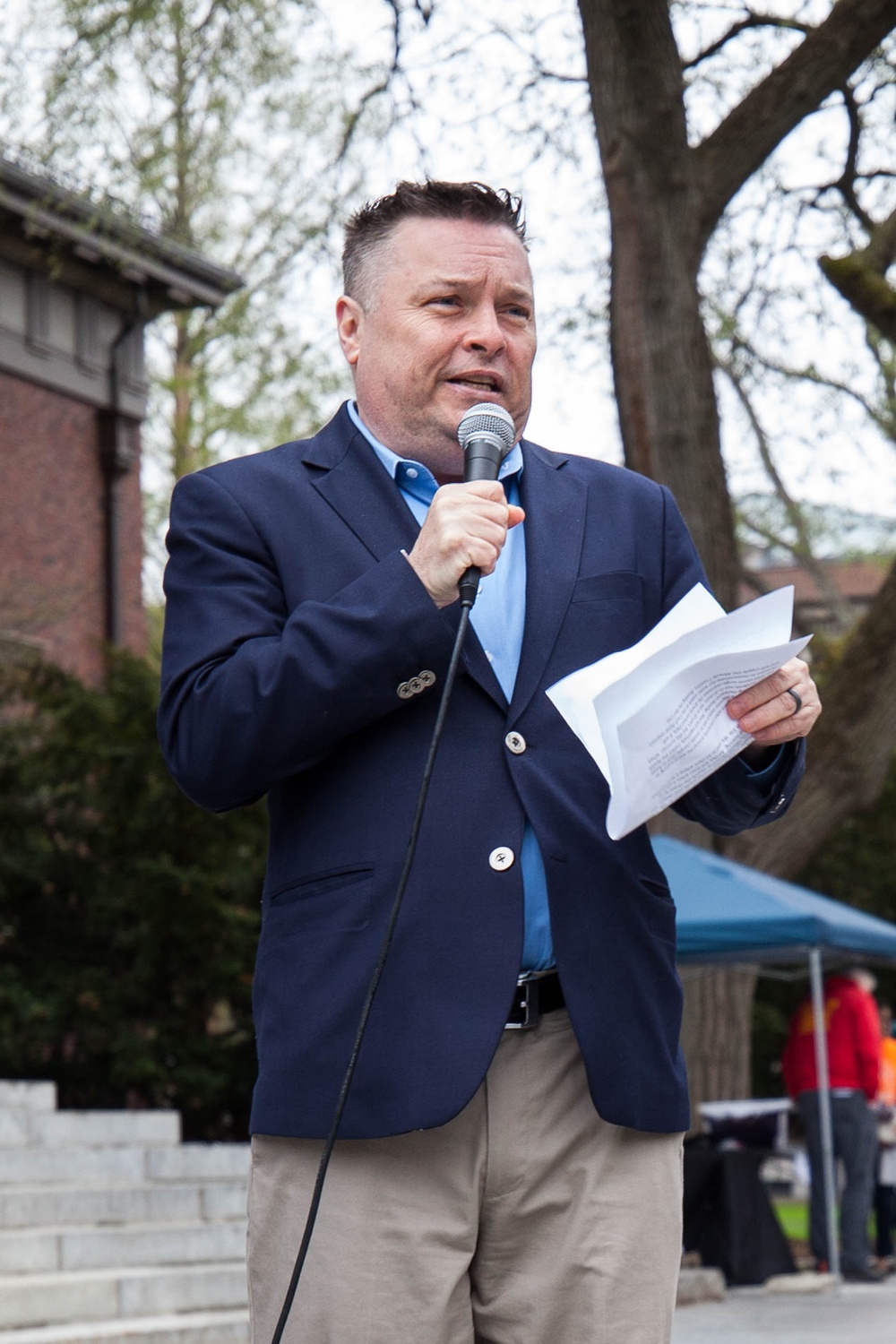 Cambridge Mayor Marc C. McGovern apologized Monday after reports surfaced that he had accepted campaign contributions from a family that donated $20,000 to an anti-BGLTQ campaign in 2018.

According to records from the Massachusetts Office of Campaign and Political Finance, David G. Stubblebine — the president of a Lexington, Mass. real estate company — contributed $20,000 to the “Keep MA Safe” campaign, which led a push to repeal protections against gender identity discrimination passed in a 2018 state referendum. The Massachusetts Family Institute — where he served as the Vice-Chairman on the board of directors — spearheaded the repeal campaign. Three members of the Stubbelbine family have contributed a total of $4,000 to McGovern’s campaign since September 2018.

Somerville resident Sophia Belle accused McGovern of accepting campaign contributions from the Stubblebine family in a Monday post on the website Medium that described her experience protesting the Boston Straight Pride Parade this past weekend. She also specifically criticized the mayor in a Facebook post the same day.

Belle wrote the donations are “staggering” in the context of a local election.

“If Marc McGovern, who has run on progressive platforms, is really an ally, he will return this developer’s money,” she wrote.

In an interview Tuesday, McGovern said he has “denounced” the contributions and said he plans on donating the $4,000 sum to MassEquality, a BGLTQ advocacy group.

He responded to Belle by apologizing in several separate Facebook posts and thanked her for notifying him.

“I did not know of their involvement. I was doing a fundraiser and they contributed,” he wrote. “I don't want their money and I appreciate your pointing it out. It was a mistake on my part and I apologize.”

McGovern said in the interview that he was initially made aware of the Stubblebine’s other contributions by Belle through her Facebook post. He also said he had no prior knowledge of the family beyond the fact they had donated to his campaign.

“I was going to return the money to the family, but I thought why not put it to better use,” he added.

Stubblebine did not respond to multiple requests for comment.

In the interview, McGovern also defended his record on BGLTQ rights, which he said includes securing funding for a BGLTQ organization at Cambridge Rindge and Latin School and obtaining permission for Cambridge birth certificates to include a “Gender X” option. He said he was an “outspoken leader” in supporting the gender identity protections in the 2018 referendum.

Nadeem A. Mazen, a former city councilor, said in an interview that the success of McGovern’s campaign is “predicated” on contributions from “special interests.”

“Mayor McGovern's comments on this particular developer are part of a larger problem that he has accepted special interest donations,” he said. “Marc McGovern has not been the progressive that he claims to be.”

In an emailed statement, McGovern responded to the criticisms from Mazen by saying he stands by his “progressive record.”

“I've been fighting for progressive policies, both as a city representative and as a social worker, for my entire adult life,” he wrote. “I have never put any interest above serving the people, particularly the most vulnerable, of my community — I have literally devoted my life to it.”