Men's Soccer Suffers Opening Sweep against No. 5 Duke, No. 20 UNC 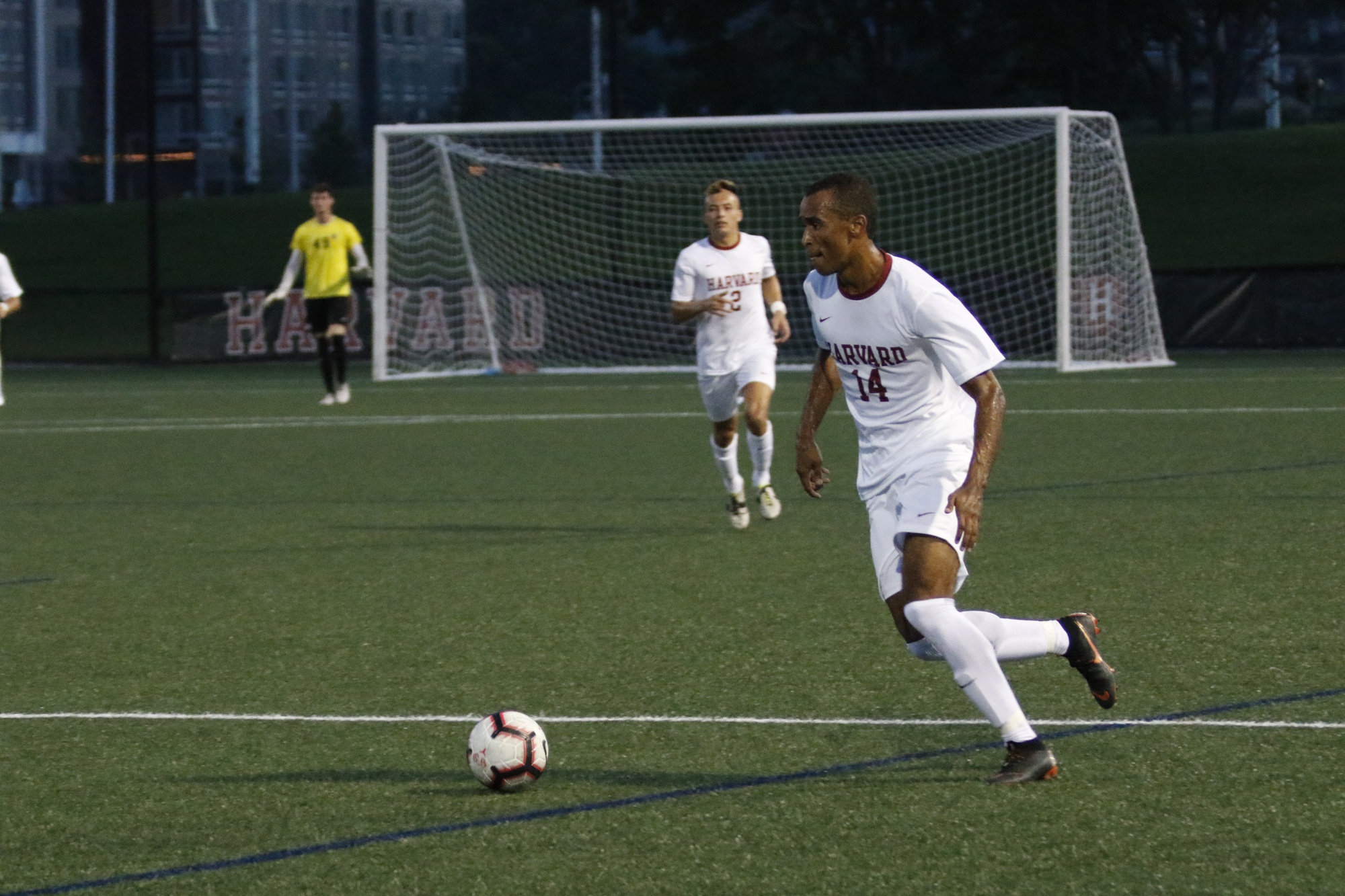 The Crimson found itself goalless all weekend through clashes against top teams Duke and UNC. By Timothy R. O'Meara
By Mahtab Shihab, Crimson Staff Writer

The Harvard men’s soccer team (0-2-0) opened its season with the formidable task of facing two of the best teams in the nation. Indeed, ACC powerhouses No. 20 UNC (1-1-1) and No. 5 Duke (4-0-0) were too much for the Crimson to handle. Harvard had a tough opening weekend as it fell to the Tar Heels 6-0 in Chapel Hill on Friday and lost to the Blue Devils 3-0 Sunday afternoon.

Harvard put up a valiant defensive effort against the fifth-ranked team in the country. The game was a tale of two halves as the Crimson managed to stave off the potent Duke offense in the first, before letting up three goals in the second.

Rookie goalkeeper Bobby Harraka impressed against the competition by having six saves and holding the Blue Devils scoreless in the first half. Unfortunately, Harraka’s performance was not enough to outlast a strong attack from Duke in the second period.

The momentum of the game shifted early in the second half. Until then, the Crimson had played stalwart defense that stifled the Blue Devils’ attack and rendered them scoreless. However, in the 52nd minute Duke was able to score and quickly followed it up with another goal in the 54th minute.

Despite a 2-0 deficit, Harvard continued to play relentless defense. The team did not let up a goal for the rest of the game until the 88th minute, where it conceded a penalty kick that would seal the contest at 3-0.

The season opener against UNC was dictated by pace and aggressiveness. From the outset of the game, the Tar Heels controlled the matchup’s momentum and the Crimson could not recover. In the first minute of the game, UNC junior forward Alex Rose scored a header from the six-yard box and Harvard was already behind.

UNC did not relent and continued its assertive attack. The Tar Heels scored their second goal in the 11th minute off a shot from outside the box by senior midfielder Jack Skahan. The Crimson defense needed to make critical adjustments if it wanted to chip away at UNC’s lead.

Two quick goals in the season opener would phase most goalkeepers, let alone a rookie. Nevertheless, Harraka kept his composure and made six saves in the half that would keep the Tar Heels at bay. Harvard would go into the half with a 2-0 deficit after holding off UNC for the rest of the period.

However, the Tar Heels returned to their dominant offense in the second half, scoring in the 53rd minute off a shot from the near-post from junior forward Santiago Herrera. With a 3-0 lead, UNC seized the momentum and continued its onslaught.

After a tap-in in the 67th minute by sophomore midfielder Antonio Lopez, UNC wrapped up the game with additional goals in the 75th and 82nd minutes. Scoring opportunities came few and far between for the Crimson, which had zero corner kicks the entire game as opposed to the 12 that UNC had.

Even though the scoreboard shows two lopsided defeats for the Crimson, there were several positive takeaways from the opening weekend. Critical saves made by Harraka depict a promising future for the rookie goalkeeper. The defensive performance against Duke’s attack also indicated the potential the Harvard had to stop elite offenses.

Next weekend, the Crimson will face Vermont on the road as it hopes to secure its first victory of the season.