And while Baker’s future may one day lead him to the NBA League offices once again, or perhaps the front office of an NBA franchise, those are opportunities to consider on another day. But three seasons and three Ivy League tournaments have left the Crimson’s seniors, at one time ranked as a top 10 recruiting class nationally, without a single, ever so elusive, NCAA Tournament appearance.
By Amir Mamdani 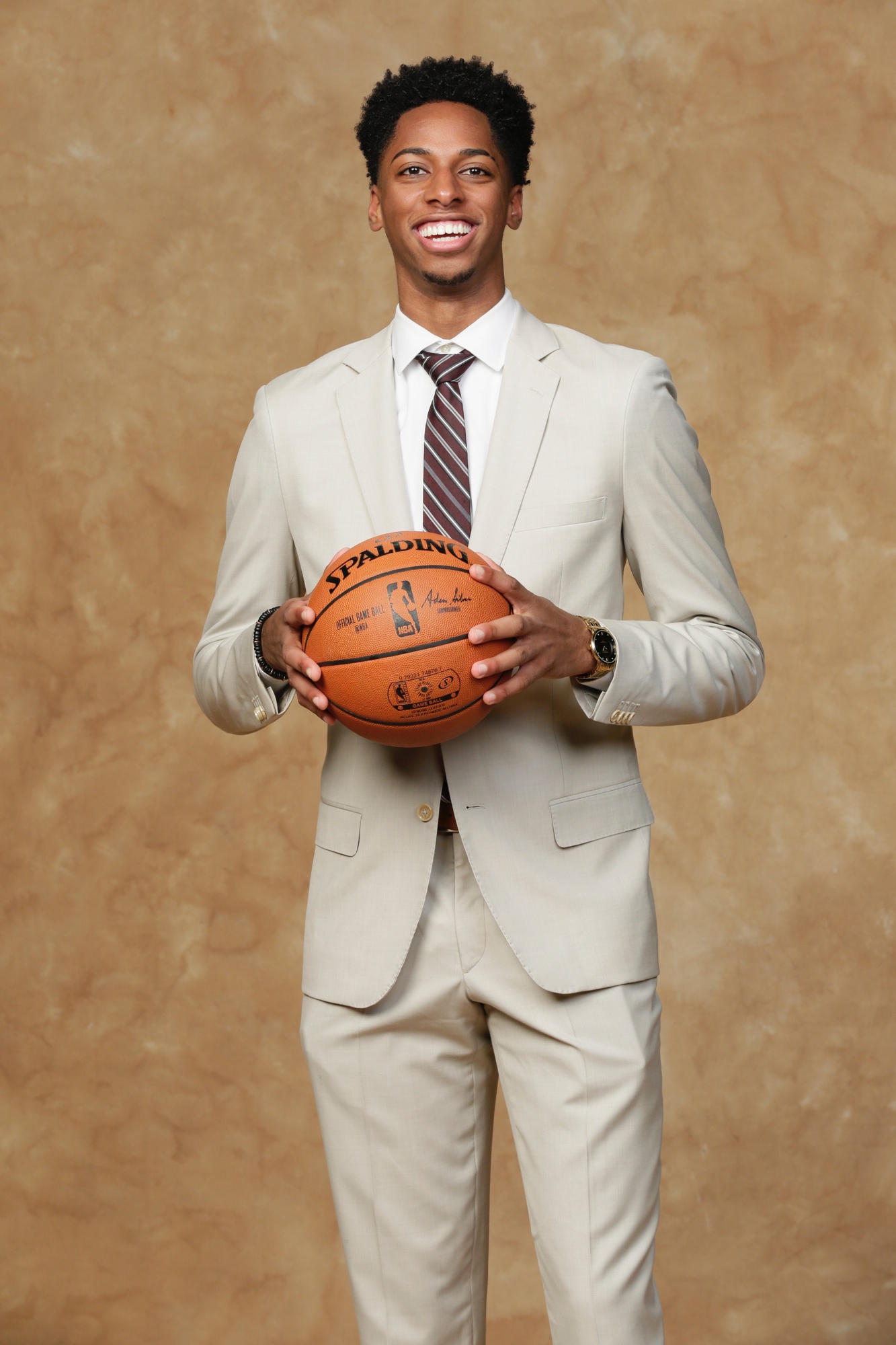 Even at a school full of standouts, Robert Baker has always stood out.

Listed at 6’11, the senior towers over most, if not all of his Harvard classmates. Whether it be in an Economics section or even in practice, where he stands nearly a foot taller than some of the team’s guards, it’s hard to ignore Baker’s frame. Weighing in at only 205 pounds, the spindly senior weaves his way through Harvard’s Winthrop House in the same graceful manner with which he cuts through Ivy League frontcourts.

Those who know Baker best say that, although his size and lankiness are what first meets the eye, it’s his smile and infectious personality that best define the Walker School product. Ever the consummate locker room jokester, Baker can be found interrupting his teammates’ post-game interviews after wins with light-hearted humor or by recording a social media story, and is in many ways the comedic relief that helps keep his teammates loose and enjoying themselves.

But if there’s one thing that the man known as “Bake” is serious about, it’s basketball. Baker was part of Coach Tommy Amaker’s highly touted 2016 recruiting class, which ESPN ranked 10th in the nation. The No. 96 recruit on ESPN’s 100, the forward was offered by Power Five schools Texas A&M, Texas Tech, Vanderbilt, amongst others. Ultimately, Baker decided that the draw of Harvard and the blossoming competitiveness of Ivy League Basketball was too compelling to ignore, bringing him to to Cambridge to play for Coach Amaker and the Crimson. 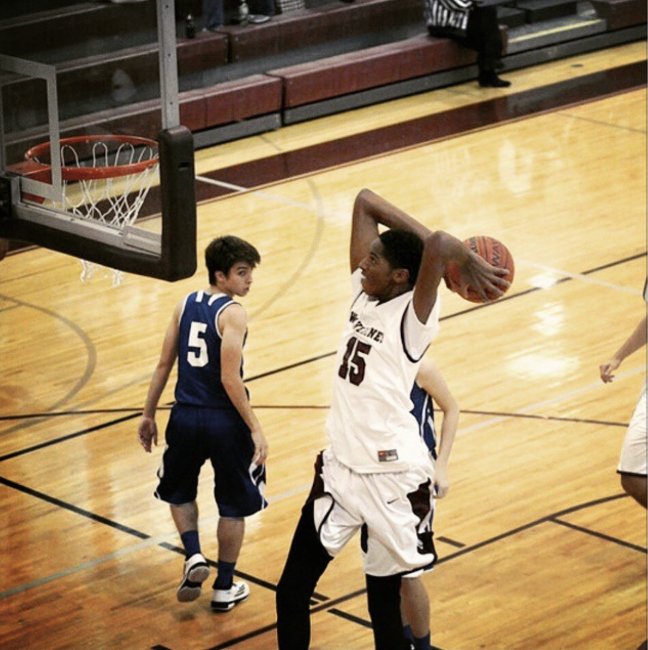 Baker's athleticism has been a focal point of his play from well before arriving on campus. By Courtesy Photo

The path to Ivy League success didn’t directly translate for the Top 100 recruit, however. Through his first two seasons at Harvard, Baker averaged under or around 10 minutes per game, and fewer than three points per contest. But in his senior season, the Woodstock, Ga., native has finally cemented himself as a crucial cog for Amaker’s team. His next start will be the 13th of the season, after starting just 13 games the prior three years.

“Obviously his length, and his size, Robert is multi-dimensional,” said Amaker of Baker’s potential after the senior’s career-high 19 points against UMass on December 7th. “He’s long and makes plays a lot of different ways for our team, very, very happy for Robert.”

The 2019-2020 campaign has seen Baker take a tremendous statistical leap, crucial in the wake of fellow forward and senior Seth Towns’ season-ending surgery. In addition to becoming a regular member of the starting lineup, the native of the Peach State has registered career-highs in minutes, field-goal percentage, three-point percentage, points, rebounds, assists, blocks, and steals, all on a per game basis.

And although he has raised the bar in practically every statistical category, perhaps the most critical quality that Baker has exhibited this season that had been ever so elusive previously, is consistency. Baker’s skill set as a versatile defender, accurate three-point shooter, and physically gifted athlete have never been in question, but the Crimson is starting to reap the rewards of his dependable play — as well as his nearly 50 percent field goal percentage.

“The key now with Robert, we’ve seen these moments, and I’m not trying to get ahead of myself,” Amaker said previously in the season. “Can he become a consistently high-achieving, high-performance player.”

While his performance on the court is a crucial part of his relationship with basketball, it’s not the only link that ties him to the game. This past summer, Baker worked at the NBA League offices in New York City, as an intern in the G League business operations department.

“I had the opportunity to do a lot of different things across the department,” Baker explained. “I got a touch of time on the marketing side, I got to help create pitch decks to send to prospective partners, and make insight reports for all 27 G League teams.”

Baker’s time in New York was also full of encounters with prolific characters in the basketball industry. With his trademark grin etched across his face, Baker recounts working under deputy NBA commissioner Mark Tatum and G League President Shareef Abdur-Rahim, men he is still in touch with today, as well as a chance sidewalk encounter and selfie with college basketball personality Fran Fraschilla. 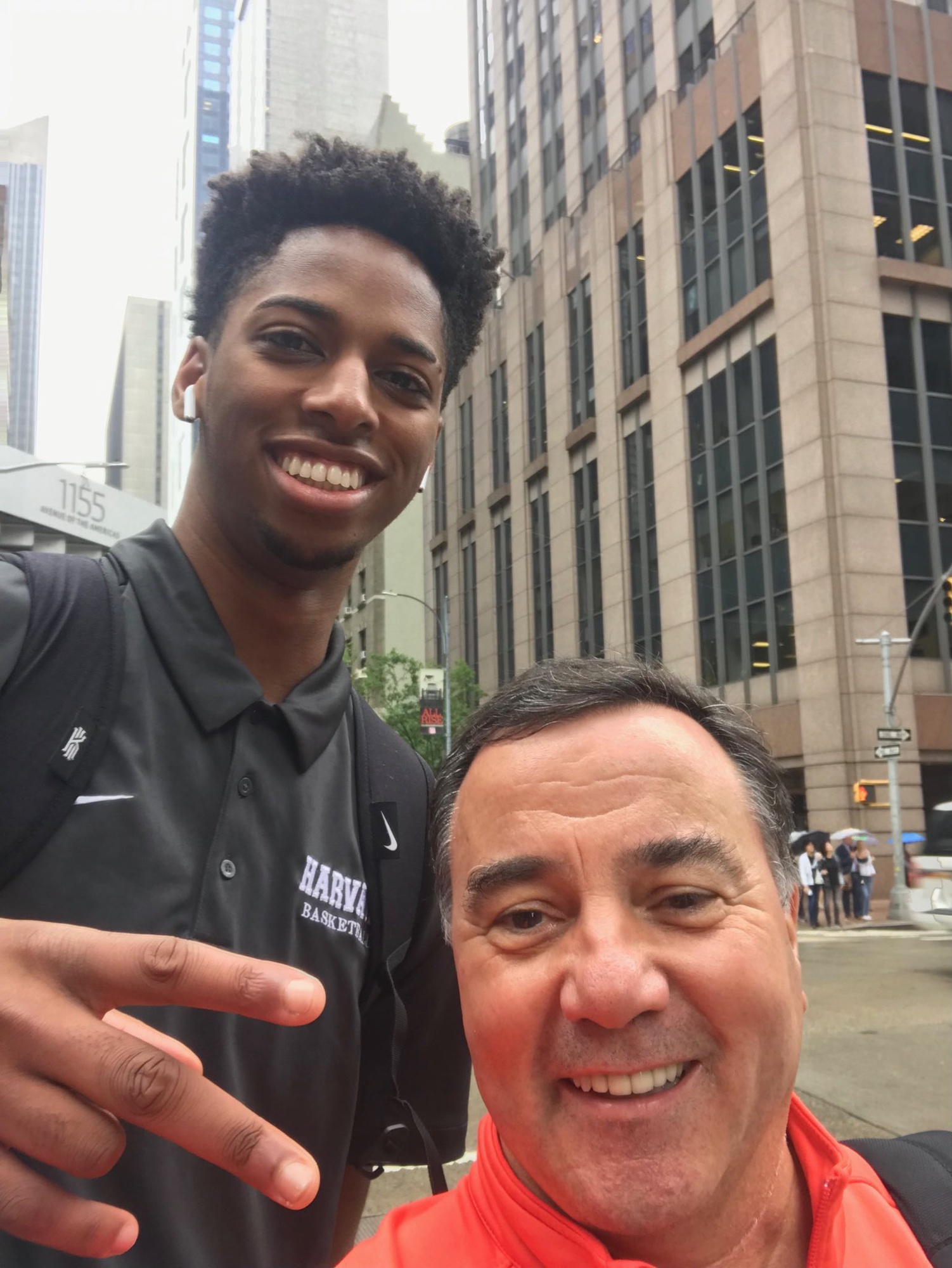 The 6’11 senior wryly admitted that the City’s summer humidity and congestion, accompanied by its hallmark dirtiness grew tiring by the end of the internship, but still characterized the experience as a “really fun and a terrific opportunity.”

Baker would hardly be the first alum affiliated with Harvard basketball to transfer his love of basketball into the NBA or a team’s front office. In the past eight years, both Jason Rosenfeld ‘12 and Zach Sogolow ‘15, former managers for the Crimson, have found themselves in front office roles.

After stints with multiple NBA teams, Rosenfeld is the Chief Strategy Officer for sports analytics company Big League Advance, while Sogolow is a Senior Manager in Basketball Operations for the Philadelphia 76ers. The idea of transitioning to an off-court role in basketball is one that Baker would relish down the road.

“Hopefully I’ll be able to play for however long,” Baker said. “But in the future I could definitely see myself doing some type of NBA or sports team work.”

And while the senior forward might not know what his long term future will look like, the short term vision for Baker and his teammates is much clearer. In just under nine weeks the Ivy League Championship will be held at Lavietes Pavilion, a one game playoff for the right to advance to the NCAA Tournament — a game that Harvard will hope to play in for the third consecutive season.

The past two seasons have ended cruelly for a Crimson team that has lost consecutive Ivy League Championships as the No. 1 seed, in what were essentially true road game environments. In the 2019-2020 campaign, however, there can be no doubt that an appearance in the NIT will not cut it this year — especially with Harvard hosting the Ivy League Tournament.

“This team can be special,” Baker insisted. “I think we’re on the right track, I think we’re right where we should be.”

Harvard’s current six game win streak entering Ivy League play is the longest in program history to end a non-conference schedule, reflecting the team’s balance and confidence even without Seth Towns and Bryce Aiken. And although the Crimson will expect Aiken to return sometime soon, the contributions of crucial role players like Baker are the perfect example of the “Bench and Balance” that Coach Tommy Amaker so effusively emphasizes after victories.

And while Baker’s future may one day lead him to the NBA League offices once again, or perhaps the front office of an NBA franchise, those are opportunities to consider on another day. The reality is that “Bake” and his six classmates comprise what is widely accepted as the best recruiting class in modern Harvard basketball history. But three seasons and three Ivy League tournaments have left the Crimson’s seniors, at one time ranked as a top 10 recruiting class nationally, without a single, ever so elusive, NCAA Tournament appearance.

There can be no doubt, if you approach Baker in the coming weeks and months, you’ll get a tape-measure smile or maybe a high five. He’s unlikely to alter his demeanor from the kind-hearted, infectious, happy-go-lucky guy he always seems to be — the role his teammates so fervently adore him for.

But until an Ivy League Tournament title is secured, with an appearance on Selection Sunday and in March Madness imminent, there remains an inescapable reality that even the upbeat senior would surely admit.

Robert Baker and the Class of 2020 have unfinished business.