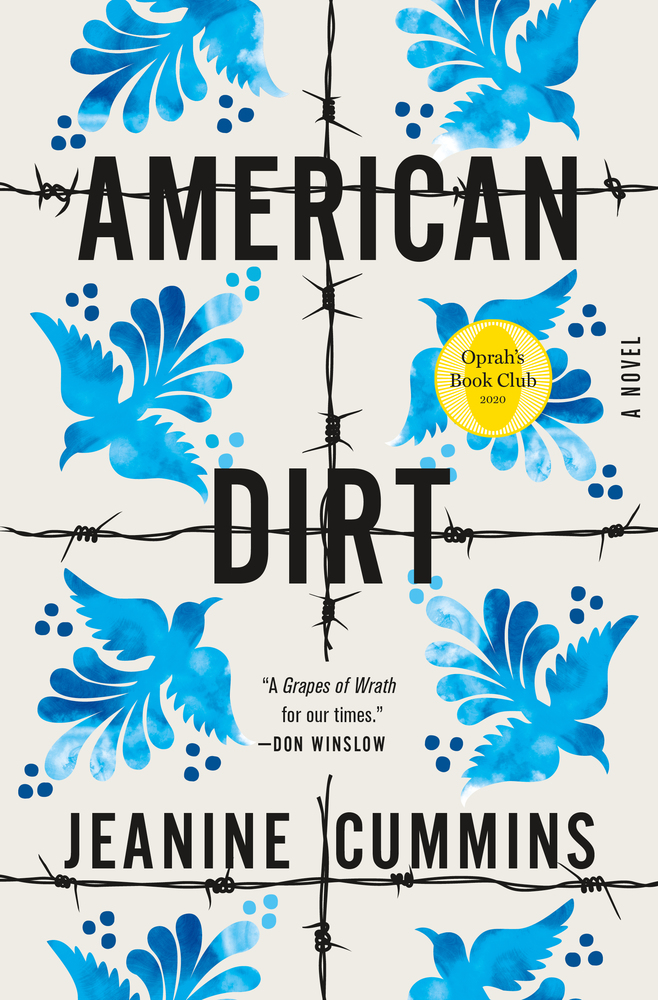 “American Dirt” is an absolute triumph of fiction: Its beautiful prose and broad narrative landscape are by turns thrilling and devastating, to say nothing of its treatment of the difficult content of Mexican migration and drug cartels. The story is gripping and action-packed — but what makes it so moving is its richly real characters and beautifully rendered emotions. Best selling author Jeanine Cummins nails it with this third novel: Her villains have a penchant for poetry and her heroes have moments of selfishness and immorality. Though the sparse but harsh criticisms call out her lack of authority to portray the experiences of Mexican migrants accurately, this story still occupies an important place within current political discourse. As a work of fiction, it is utterly enthralling.

As first chapters go, “American Dirt” holds nothing back. Within the first few pages, a whole family is massacred by a rising local drug cartel, Los Jardineros, in the incongruously beautiful tourist-trap city of Acapulco, Mexico. Only two survive: mother Lydia Quixano Perez and her eight-year-old son Luca, saved by the timely call of nature. The story follows their journey across more than 1,000 miles of violence and fear towards “el norte” — the United States — a ‘promised land’ only in the sense that it is out of reach from the powerful, grasping fingers of the drug cartels. The mother-son duo endure miles of walking and the dangers of illegal travel on “La Bestia,” a freight train controlled by cartels. Their journey is under constant threat of violence, the unrelenting psychological degradation of paranoia, and endless siege from paralyzing grief. But against this desolate landscape, compassion and hope shine all the more brightly. “American Dirt” spans the spectrum of human capacity for emotion: The bleakest horrors of human evil on display alongside the warmest of human kindness and love, pushing the bounds of human capabilities in both directions.

The novel’s jumbled chronology, composed of flashbacks, tangents, and multiple perspectives, shows Cummins’ care in deciding which character would deliver which narrative arcs and when to reveal certain plot points to generate the most emotional impact. The omniscient narrator discloses short vignettes of people Lydia and Luca brush paths with along the way, tangents that become some of the most emotionally compelling parts of the story. These small acts of kindness from strangers often make the difference between life or death for our protagonists, like one mother who allows the migrants to hide in their shed from authorities who would send them back to Acapulco, erasing everything they’ve done to get this far. Though only a minor part of the narrative, these unsung angels add tremendous poignance to the novel.

Cummins’ characters are raw and unfiltered, shown with all their uncertainties and missteps alongside strength and intelligence. They are unflinchingly human, individuals with hopes and dreams who contradict our too-easy habit of making stories on the news nameless and faceless, easily dissolving into a flash of pity before we go on with our days.

Her writing is nothing short of beautiful, with Luca’s perspective engineering some of the most wonderful paintings of pain and grief. His emotions often become tangible: “The cloudburst of anguish he’s been struggling against does not come," Cummnis writes. "It remains there, pent up like a held breath, hovering just on the periphery of his mind. He has the sense that, were he to turn his head, were he to poke at the globular nightmare ever so gently with his finger, it would unleash a torrent so colossal he would be swept away forever. Luca takes care to hold himself quite still.” The childlike way of visualizing pain is both heart-wrenching and utterly believable in its simple innocence.

Previews for this book have touted it as a “‘Grapes of Wrath’ for our times,” and certainly, the novel has historical significance as an account of the current migrant crisis. Among the overwhelming deluge of positive recommendations, however, a few critics point to Cummins’ arrogance in telling this story despite being a “nonmigrant and non-Mexican.” No matter how she attempts to acknowledge her inadequacy due to her privileged position, this status makes her inherently unfit to credibly do it justice. It’s true: she often seems to be clutching for that intangible thing called authenticity, an authenticity that she can’t claim. Myriam Gurba, writing in Tropics of Meta, points to the way she sprinkles Spanish words throughout the story, “yielding the same effect as store-bought taco seasoning.”

Should she have been the one to tell this story? Should she be able to claim the mantle of “genius” when there are multitudes of Mexican, Chicanx, and Latinx writers out there who have the true credibility to write these stories?

And yet her book, while imperfect by virtue of her incomplete perspective, is still a step forward in the discourse about migration. In fact, her position of privilege might even do some good. Cummins writes for an audience like her — “estadounidenses,” people from the United States — presumably white or distant from the realities of her characters’ lives. This perspective opens a door to help the reader understand as they relate to the sheltered, naive Lydia. Audiences may have thought as she does, “with the sort of detached fascination of the comfortable elite how dire the conditions of their migrants’ lives must be wherever they come from, that this is the better option.” The way Lydia reacts to situations walks readers through revelations of the horrors of migrant life. The tale may have been whitewashed and made “palatable to taste buds estadounidenses,” but these changes in themselves have some value, as it may change the way those privileged enough to have little personal connection with the migrant crisis might understand news and policy about the Mexican border.

And so, then, the responsibility turns to the shoulders of the readers. All we can do is remember that Cummins is not able to give a primary or even secondary account of the story she pens, and to wish that advance praise didn’t laud her and this book for its supposed accuracy and possible political ramifications. It will be important to take into account the political and racial discourse surrounding the novel as one reads and reflects on it — so take this work of fiction with a grain of salt, if you will, and then go find works from actual Latinx, Chicanx, or Mexican writers to hear their truth.

I tore through “American Dirt” in one day, staying up till late at night to finish it. The story’s chronology is ingeniously woven, and Cummins clearly revels in the power of the written word. I cried, long and often, I smiled, my heart was warmed — and I learned. This book is captivating and emotional, intense and full of action, and though we might wish that Cummins be rather less righteous in her knowledge, this is a story well, well worth a read.