What the Hell Happened: The Monarchy is Beginning to Crack 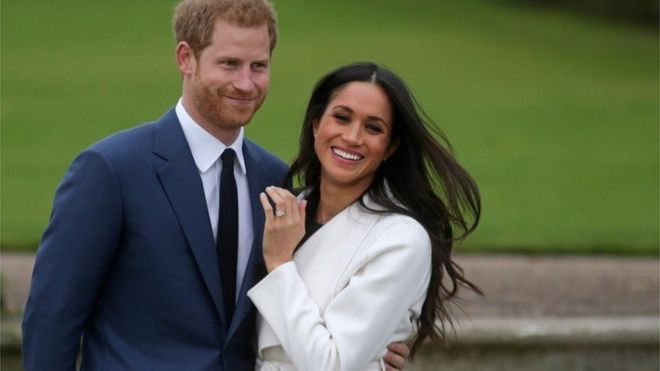 There is no precedent for what Meghan Markle and Prince Harry, of British royal family fame, have done, and yet they still did it. Earlier this month the couple announced their decision to step away from their duties as senior royal family members, in addition to becoming financially independent and splitting their time between both sides of the pond. The family, the press, and the masses are still roiling.

Other royals have left the family before, in one way or another: Princess Diana did, when she divorced Prince Charles, as did Edward VIII, who abdicated the throne to marry Wallis Simpson. In both these cases, the issue centered around a marriage, either its inception or its fragmentation, but Meghan and Harry’s choice to stick around part time, while clearly desiring financial emancipation, seems to be rooted in more deeply-felt quarrels with the media and the monarchy itself than do the past royal family exoduses.

For one, there’s the incessant tabloid coverage that criticizes Meghan where it once praised Kate for similar behavior. Then there’s the incessantly critical coverage of Meghan’s family and background, which, given the no-holds-barred approach the British press took when covering her every move, contained such racist implications that Harry himself was moved to comment on it. It’s an understatement to say that the media has not been kind in its coverage of Meghan, an indignity — at best — that came to affect both husband and wife.

Then there are the family relationships, about which we can only begin to speculate. Who knows what the internal tensions were, how much sniping went on, the extent of familial and staff gossip? In any case, Meghan and Harry have reached a breaking point that, after extensive dithering and speculation online, seems to be supported by the Queen herself. Though what else can she really say? To display any anger over their decision to dissociate would be far out of line with years of emotional restraint that characterizes the monarchy.

This institution is outdated and bound by social mores that are self-imposed among the landed gentry and their peers, one that doubtless was rankled by Meghan and Harry’s decision to name their son Archie (which is not short for Archibald as many might have hoped), or Meghan’s introduction into upper-class British society. A former actress, once-divorced, and mixed-race — it’s no understatement that this echelon of Britain finds all these things uncomfortable at best.

Regarding living among the royal family and taking on the corresponding duties, Meghan herself said that “‘It’s not enough to just survive something, right?’” The word “surviving” is telling: That’s probably what she’s been trying to do since her wedding in 2018. Coupled with Harry’s own words in a 2017 interview about feeling confined in his role, the real question is: Can we really blame them for wanting out? Yes, there are financial perks and a near-endless supply of trinkets and baubles to sweeten the pot, but it could not have been pleasant living in a stifling world that requires toeing the party line while also smiling silently in its name. The situation appears to have become untenable.

Perhaps we should just leave them be. Meghan and Harry no longer want to be part of a song and dance that profits off their faces, ones that hide both the pain of remembering what the paparazzi did in the wake of Princess Diana’s death and the frustrating tolerance of vitriol lobbed at Meghan herself. They will likely never experience financial instability, but again — we’re talking about a highly stratified world so far removed from the experiences of the rest of us that the very question of whether the monarchy should be this rich is an entirely different discussion better left for another day.

This may be the first crack in the veneer overlaying the monarchy — one arguably long overdue.