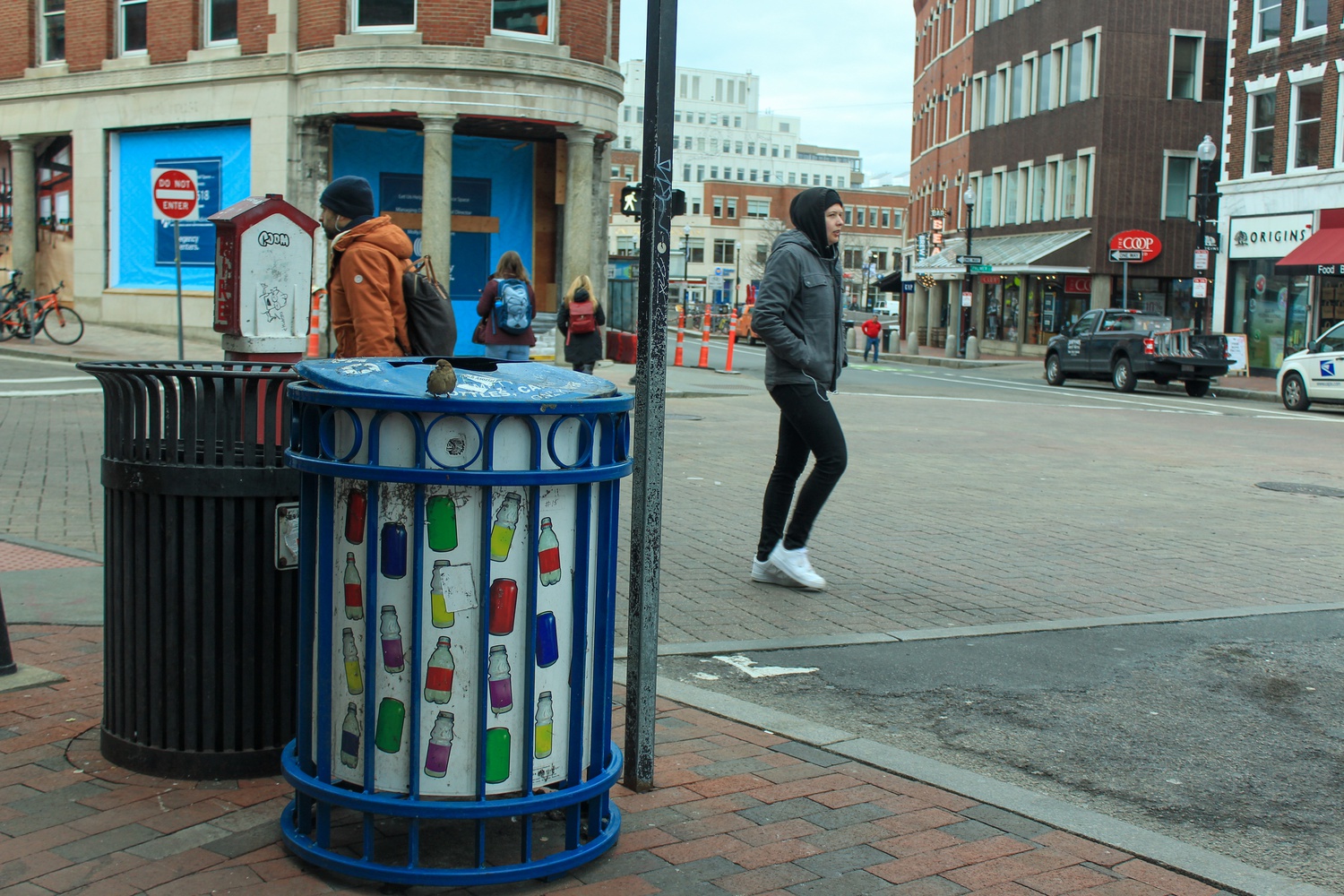 A small, vocal group of Harvard College freshmen has spearheaded a many-pronged effort to reduce consumption of single-use plastics on campus.

The decade-old Green Think Initiative — housed under the Office for Sustainability — is an environmental advocacy organization geared toward freshmen. Over the past year, its members have appealed to Harvard University Dining Services, Harvard Student Agencies, and the Undergraduate Council to collaborate on reducing major outputs of single-use plastic at Harvard.

Taisa Kulyk ’22, who currently serves as the group’s sophomore advisor, said that while the group boasts a small membership, it has had an outsized impact on campus.

“We started off looking at all the different ways that we could see ourselves, in a semester, making as much impact as possible. And we reached out to a few big players on campus,” she said.

Kulyk approached the UC last spring to propose legislation that would prohibit student organizations from using UC funding to buy single-use disposable plastic and styrofoam foodware for meetings, parties, and other events. The UC voted in favor of the bill, which went into effect this semester, in November.

UC Treasurer Noah Harris ’22, who chaired the Council’s finance committee at the time, sponsored the bill after Green Think Initiative members reached out to him.

“They wanted to ensure that all of these events that we're funding and these parties are acting in the best interest of the environment,” Harris said. “And we came to the realization that of all these parties and events we're having, we're dispersing a lot of funding for red solo cups and plastic plates and non-renewable products.”

Green Think Initiative members have also asked HUDS to reduce its plastic output. Kulyk said that though Harvard’s dining halls currently use biodegradable plastics and have taken other steps to transition to more sustainable materials, she thinks HUDS can still reduce plastic usage at its FlyBy location beneath Annenberg.

“One gap that I really saw was FlyBy,” she said. “I went as an upperclassman for the first time, and I was shocked at how much plastic — everything is wrapped in plastic, and everything goes into a plastic bag as you walk in.”

Kulyk added that the group suggested that FlyBy use stainless-steel bento boxes, which students could scan out and later return.

“We’re really hoping that they will continue looking for the most sustainable option — not taking a stepping stone like bioplastic, but really trying to push forward and have Harvard serve as an example and then try to take that risk to make really ethical and sustainable decisions,” she said.

The group has also reached out to HSA to suggest they phase out their plastic water bottle distribution service.

Aside from reducing outputs of single-use plastic, Green Think Initiative members have tried to improve sustainability at Harvard more broadly.

Last year, Green Think members urged Harvard to install rain gardens on campus after noticing that flooding from rainfall was putting a strain on drainage systems, according to Kulyk. Mather House and Leverett House have since installed the gardens, which consist of plants that temporarily absorb rainwater runoff.

Phoebe M. Fallon ’23 said she joined the initiative because she appreciated the simplicity of its mission and its accessibility to people looking to help make Harvard’s campus more sustainable.

“I thought that it was a way to try and concretely make a difference and affect change,” she said.