Movie Trailer Breakdown: ‘In The Heights’ 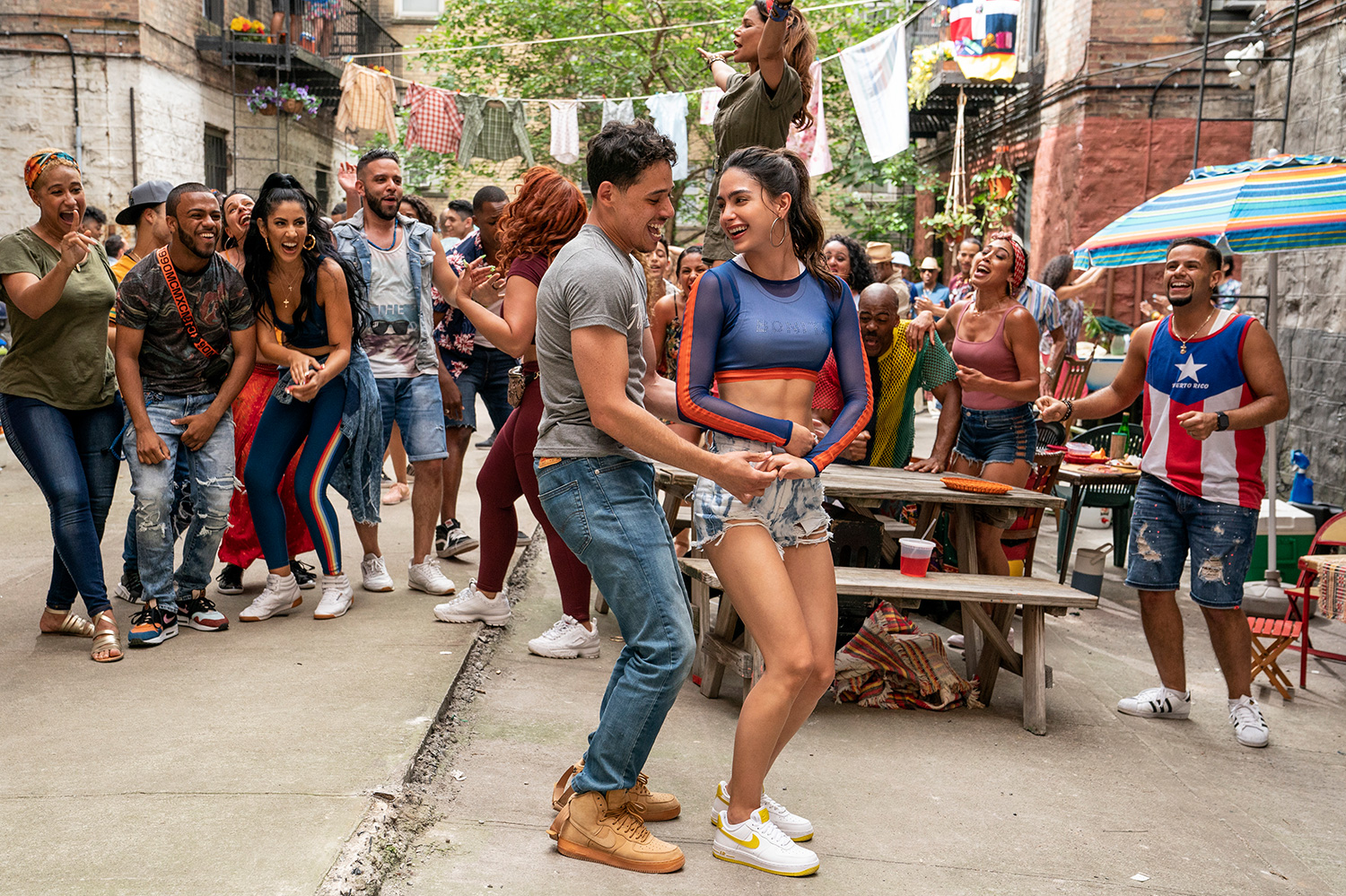 Usnavi (Anthony Ramos) and Vanessa (Melissa Barrera) in the new film adaptation of "In the Heights." By Courtesy of Macall Polay
By Nuri Bhuiyan, Crimson Staff Writer

Few remain who still haven’t heard of “Hamilton,” the musical-turned-cultural-phenomenon written by the legendary Lin-Manuel Miranda. Many people, however, do not know about what came before: “In the Heights,” Miranda’s first Tony award winning musical about an immigrant son and his vibrant Hispanic-American community set in Manhattan’s Washington Heights. And in just a few months, Miranda fans will be treated to a direct adaptation of the musical, directed by no other than “Crazy Rich Asians’” director John M. Chu. What a duo. Could a two minute trailer really do their combined genius justice? The answer is — apparently — yes!

The trailer opens with mysterious, pure, high-pitched tones and a dissolve shot of some kids running through the city streets. The scene then cuts to a gorgeous wide shot of a New York City intersection, water spraying all over and a crew of kids running into its center. Immediately, we get a sense of the trailer’s logic as a comingling of seriousness and frivolity.

The trailer picks up when Usnavi (Anthony Ramos) eventually enters the scene along with the rest of the cast, including Melissa Barrera as his romantic interest Vanessa and Dascha Polanco as Cuca. The fast paced cutting takes us from shot to shot of the lively life in the streets of Washington Heights — women booty bumping, people biking, friends high fiving at the local pool. All this is set to to the beat of the trailer’s music and the characters’ singing, asserting Washington Heights as a place where music and dance and life are one and the same.

All of a sudden, the crescendo is brought to a halt. The rhythms stop, there’s a shot of a vigil, and a man tells Usnavi, “the odds are against you.” Although we don’t know why, the change in tone is accomplished so effortlessly that it doesn’t matter.

And then Usnavi, in a moment of single-piano-note silence, asks, “But there’s a chance, right?”

With this line, just as seamlessly as it dipped, the trailer is on the up again. At one point, a character says, “They’re talking about kicking out all the dreamers.” This sentiment is followed by Usnavi’s community gathering and raising their countries’ flags, as well as shots of protest, play, and of course, a lot of song and dance. The trailer, in this way, reveals some of the political elements that will be at play ‘In the Heights,’ and ultimately conveys the power of community and art as methods of strength.

The trailer reflects this call for the coming together of people in the form of its own elegant marriage of music and dance, script and visual — where certain elements come to the fore or recede to the background with grace. The synchrony of the sequence makes the jumps from somber mystery to sorrowful uncertainty to booty bumping joy completely effortless. The seamlessness of these two minutes makes for a whole experience — if just this tidbit of Chu-Miranda content has us feeling all the feels, don’t you wonder what kind of life revelations a full two hours will inspire?