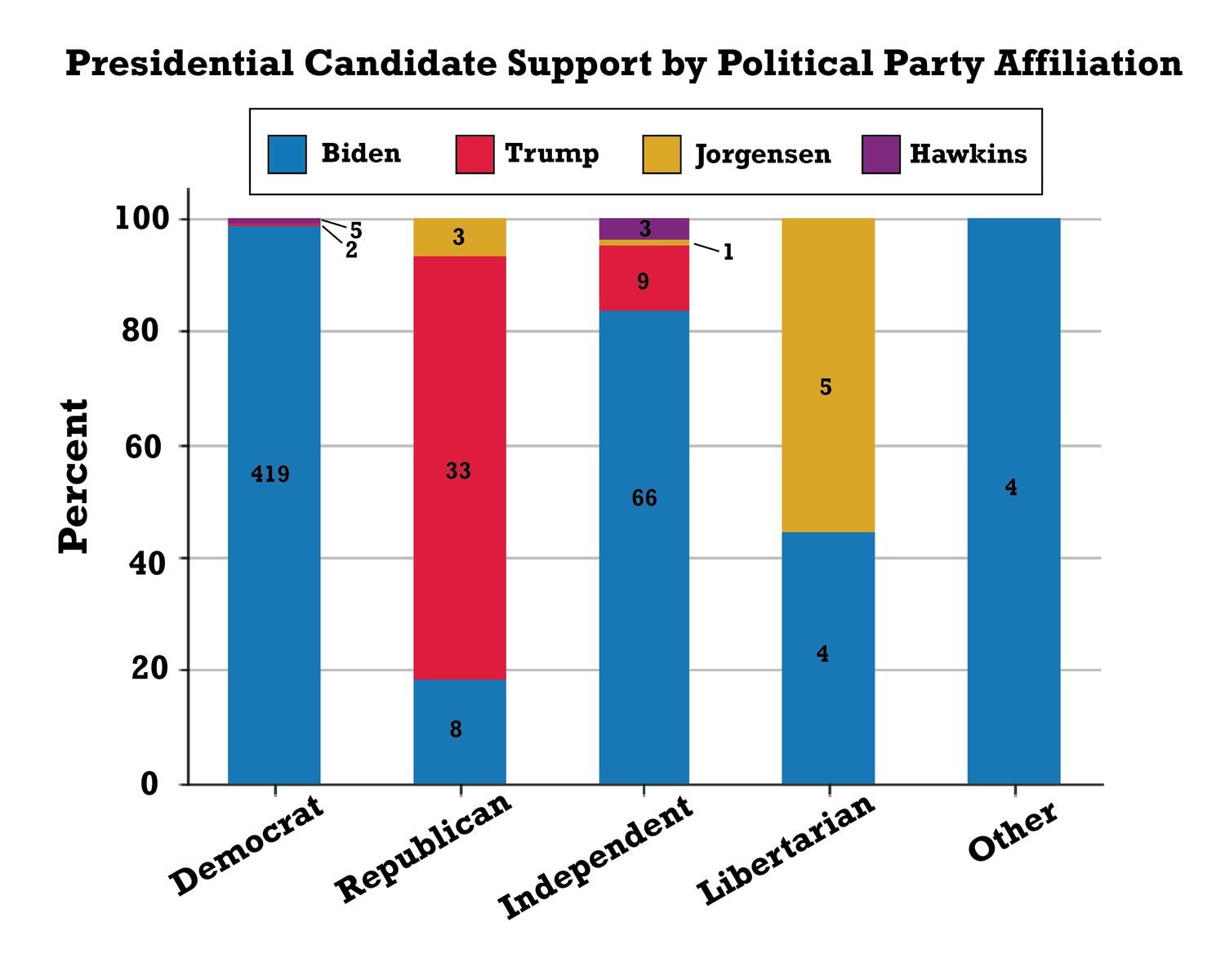 Harvard Republicans are more split than members of their party nationwide; 9 percent of Republican and Republican-leaning independent voters indicated they would support Biden, according to a Pew Research Center survey that concluded Oct. 5.

Still, 75 percent of Republican students indicated that they planned to vote for Trump. The Harvard Republican Club announced its endorsement of Trump's 2020 bid last month, reversing their historic 2016 decision to split from the Republican Party by refusing to support him.

The 877 undergraduates who filled out The Crimson’s 2020 College Survey revealed, however, that the student body overall leans heavily toward identifying as Democrats, as in past years.

A majority of Harvard undergraduates — 60.8 percent — indicated that they are affiliated with the Democratic party. Meanwhile, 12.6 percent wrote that they consider themselves Independents, 6.9 percent Republicans, and 1.5 percent Libertarians.

A student-initiated petition calling on University President Lawrence S. Bacow to designate Election Day as a University holiday to ensure affiliates have ample time to vote and engage in other civic activities had earned over 600 signatures as of Monday evening.

Last week, Harvard’s Faculty Council began preliminary talks about how to support students and faculty after the presidential election, after the 2016 election results left Harvard’s large liberal contingent distressed and apprehensive about how a Trump presidency would impact their lives.