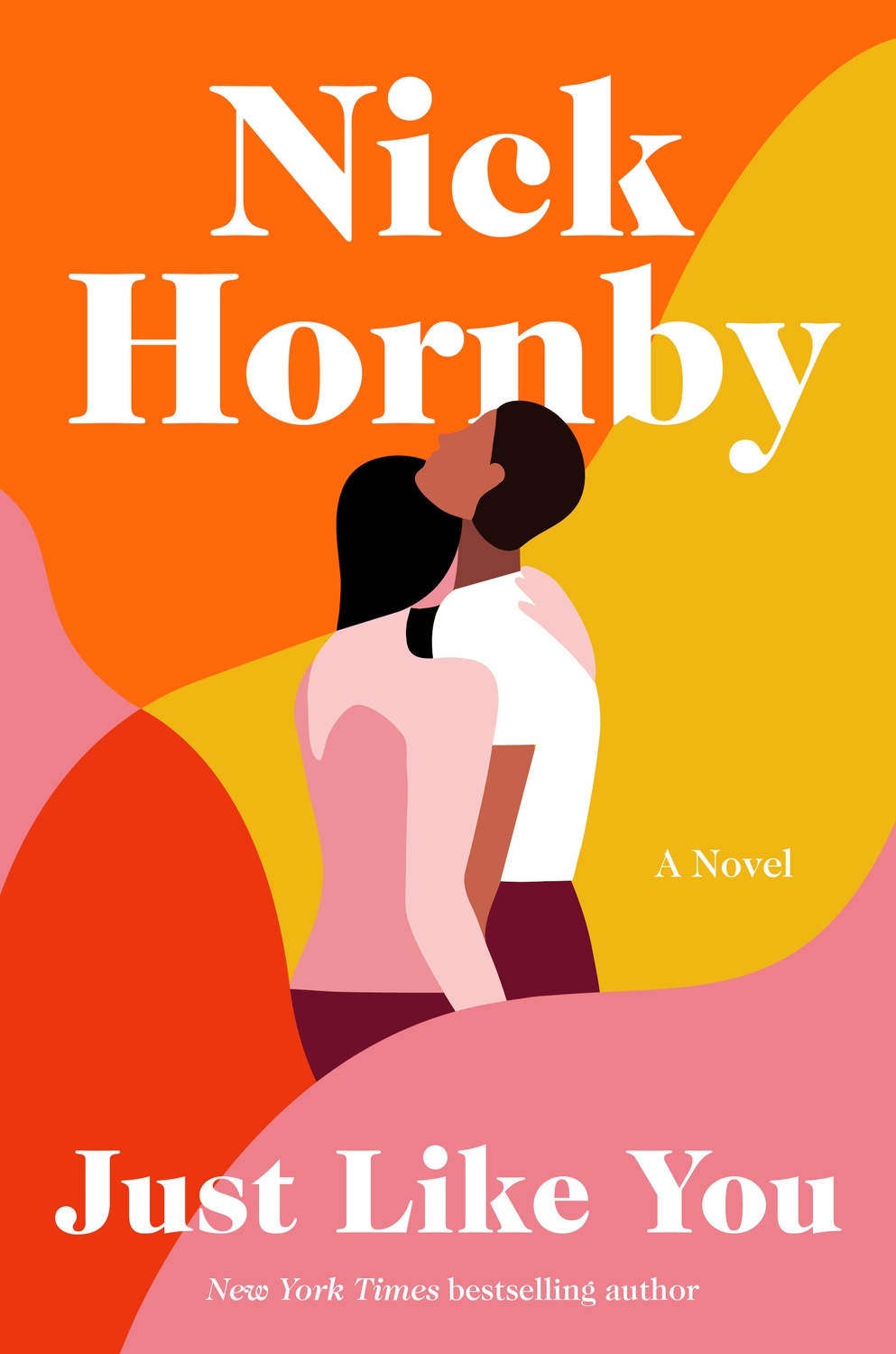 Cover art for "Just Like You." By Courtesy of Penguin Publishing Group
By Hannah T. Chew, Crimson Staff Writer

Nick Hornby, author of numerous film-adapted novels, produced “Just Like You” just as world politics began its tailspin into absurdity. The novel follows Lucy, a middle-aged single mother and English teacher living in London, and her unconventional relationship with Joseph, a 22 year old butcher. Their relationship begins in 2016 and is punctuated by national tensions around Brexit and hesitant conversations around race. Hornby follows their journey closely, but rather than shaping the narrative around major plot points, the book seems to be cataloguing a period in time that simply includes Lucy and Joseph’s relationship. Accordingly, their peculiar love story simply becomes a backdrop for Hornby to capture the Brexit moment in British history, and not the other way around.

Lucy and Joseph’s personal histories are plenty interesting in their own right. Lucy is in the process of divorcing Paul, her alcoholic ex and father of her two children. She meets Joseph while shopping at a local butchery he works at, hyper-aware of their inappropriate age difference and social surroundings. Joseph, nearly half her age, is an aspiring DJ living with his mother, navigating tumultuous social and romantic relationships with other twenty year-olds. Joseph begins babysitting for Lucy, and the constant proximity pushes the two together. Their relationship is clearly out of the ordinary, and with access to both their personal thoughts through third-person narration, the reader is granted insight into how truly disruptive and challenging their feelings become.

Despite the fireworks their polar-opposite backgrounds might generate, Lucy and Joseph’s relationship lacks the explosions one would expect. Hornby’s matter-of-fact delivery of events seems devoid of emotion, and when Joseph reveals himself to be unfaithful, Lucy can muster little more than silence, inquiring about the future of their relationship with a simple “And now?” Moments that deserve drama, from Paul’s angry, drunken outburst to Lucy’s confrontation with Joseph’s mother, all seem muted in favor of progressing with the story’s timeline. For a relationship that compares two different generations, two different races, and two different lifestyles, Lucy and Joseph’s journey is rather lackluster in conflict and intrigue.

Hornby is realistic if anything, and “Just Like You” articulates very clearly that relationships do not exist in a void. The Brexit referendum occurs halfway through the book, with Lucy and Joseph first encountering divisive rhetoric and thinly-veiled prejudice from both sides, and then the everyday reckoning of the decision. Discussions of race, immigration, politics, and power dominate their everyday lives, and even after the shock of Brexit has subsided, its effects seep into every interaction. Their opposing life philosophies manifest in both political sides, and Joseph’s proclamation that “young people—we’re shit at thinking about tomorrow. Smoking. Pensions. Junk food. All of it. You want to be with someone younger than you? You have to live with it” is certainly relevant. Yet while there are comparisons to be drawn between Lucy and Joseph’s relationship and the Brexit decision, the novel stops focusing on the emotions of their relationships, and starts redirecting all its energy towards exploring contemporary social conflicts.

By the end of the novel, it seems that Hornby wanted to write a realistic Brexit story, but understood the genre had been exhausted and opted to hide it under the guise of a modern love story. The narrative is certainly realistic in its ability to capture the dreary, everyday moments in Lucy and Joseph’s lives, but it also becomes a time capsule for a moment that the world is tired of hearing about. After the decision, Lucy espouses “she found herself living in a country where the BBC were sticking microphones up to the mouths of jubilant racists, opportunists, liars, and cynics, people whose unpleasantness had made them famous over these last few months, all the ambiguity had gone.” While true, this take and her many others are far from original, and for readers in 2020, seem like a tired narrative. National dread and uncertainty is well-articulated, but it comes at the cost of more specific emotional insight.

Hornby’s love story certainly has its strengths, exhibiting the rare ability to tackle both interpersonal conflict and national politics into one book. However, the lackluster and muted nature of Lucy and Joseph’s relationship through his narration of their everyday lives turns the novel into a Brexit recount rather than an examination of modern love. The book dates itself, restricting universal concepts of love and passion to the particular historical moment it occupies. Slightly unsatisfying but painfully accurate to the current state of the world, Hornby’s novel truly has readers wondering, “And now?”

— Staff Writer Hannah T. Chew can be reached at hannah.chew@thecrimson.com.