Trailer Breakdown: ‘WandaVision’ Ushers in a New Era for the MCU 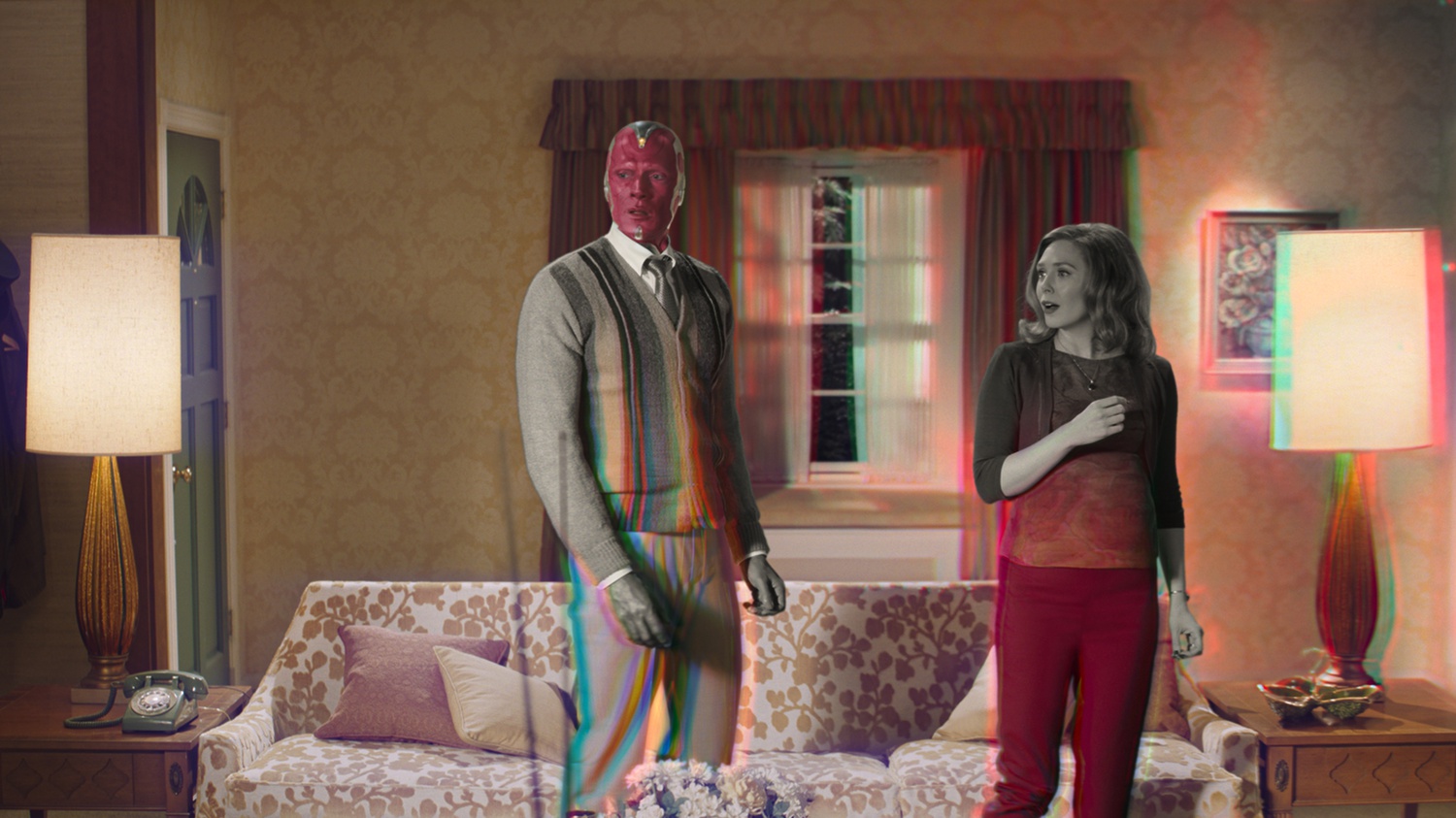 Vision (Paul Bettany) and Wanda Maximoff (Elizabeth Olson) in Marvel's 'Wandavision,' premiering on Disney+ in December 2020. By Courtesy of Disney
By Margo A. Silliman, Contributing Writer

Following the deaths of two of their biggest heroes in the ultimate superhero rager that was “Avengers: Endgame,” the Marvel Cinematic Universe (MCU) had simply too much going on for it to continue as normal. Though there have been spinoffs set in the MCU before, none have tied into the popular movies like they will in Phase Four, with major characters spotlighted in their own series rather than exclusively showing up on the big screen.

The first show in this new phase is “WandaVision,” in which Wanda Maximoff (Elizabeth Olsen) and Vision (Paul Bettany) make their comeback. Vision was last seen dead in “Avengers: Infinity War” and Wanda was last seen speaking with Hawkeye at Tony Stark’s funeral in “Avengers: Endgame.” The show will undoubtedly suck Marvel-deprived audiences in with its 1950s nostalgia and the nitty-gritty details behind characters. While Wanda and Vision, combined, usually get a fifth of the screen time of other MCU leads, by moving their story to a series, creators can expand on plots that are too edgy to be seen anywhere other than television. One can’t help but wonder about the mystery of how this self described “unusual couple” will develop.

The trailer takes place mostly in the ‘50s, music by the Platters underscoring Wanda’s and Vision’s domestic life, portrayed in black and white with a fish-eye lens. Wanda makes Vision appear human, rather than as his android self, and performs household tasks with her powers — reminiscent of Samantha from the 1960s sitcom, “Bewitched.” Wanda hints at a theme of the show early on when she says, “This is our home now. I want us to fit in.” The ‘50s were a time of convention and fitting in, but these aspirations will undoubtedly be made more difficult by Wanda’s and Vision’s superpowers and unconventional relationship.

These scenes elicit evoke an era from decades past while offering eerie contrast as things start to fall apart over the course of the trailer. Could the background song “Twilight Time” also be a nod to “The Twilight Zone”? Different realities have the potential to be quite intriguing.

In the first day of the trailer’s release, it garnered over 53 million viewers, more than eight times the viewership of its debut platform, the Emmys. But if you watched and had no idea what was going on, you’re not alone. The confusing choices seem deliberate, a parallel for characters who don’t seem to know what’s happening either. They look confused by the many time warp events, when time appears manipulated: repeated lines, scene rewinds, and Teyonah Parris’s character, Monica Rambeau, getting thrown through what looks like a time portal. Additionally, when their neighbors ask about where they’re from, they both start to answer and stop short of a real explanation — hinting at the possibility that Wanda’s and Vision’s memories were erased.

The fact that Vision is even alive is also a mystery. The events of the TV show are set to take place after “Avengers: Endgame,” after Vision’s death. Is it possible he’s still dead? The trailer shows a scene with Agnes, their nosy neighbor, (Kathryn Hahn) in which she tells Vision he’s dead. However, the cuts between their exchange makes it come across as a teaser.

The leading theory behind Vision’s role is that Wanda changed reality in an attempt to obtain a happy family, a plot line from Scarlet Witch comics. In another nod to the comics, the trailer teases a special Halloween episode which includes Wanda in her comic book character’s typical superhero suit. And if the The comics also hint at the introduction of the superhero team known as the X-Men, because the franchise just can’t resist a team-up.

Some crazy speculative theories on why Vision is alive: Wanda is trying to rescue Vision, and the ‘50s setting is an exploration of Vision’s consciousness, which is still intact but lost; Wanda raised Vision back from the dead by utilizing their ties to the Mind Stone; the creators are expanding on the parallel universe idea, as first exhibited in “Avengers: Endgame,” and they’re in a universe in which Vision didn’t die.

Scarlet Witch has the most powerful and unpredictable powers out of the Avengers, but she’s only ever appeared in movies with team ups. Being able to center on her powers and explore them more will undoubtedly make for a bewitching series. Additionally, the dreamy nostalgia of past decades and, as the trailer puts it, “Visionary New Age of Television” are on track to make this debut a hit.