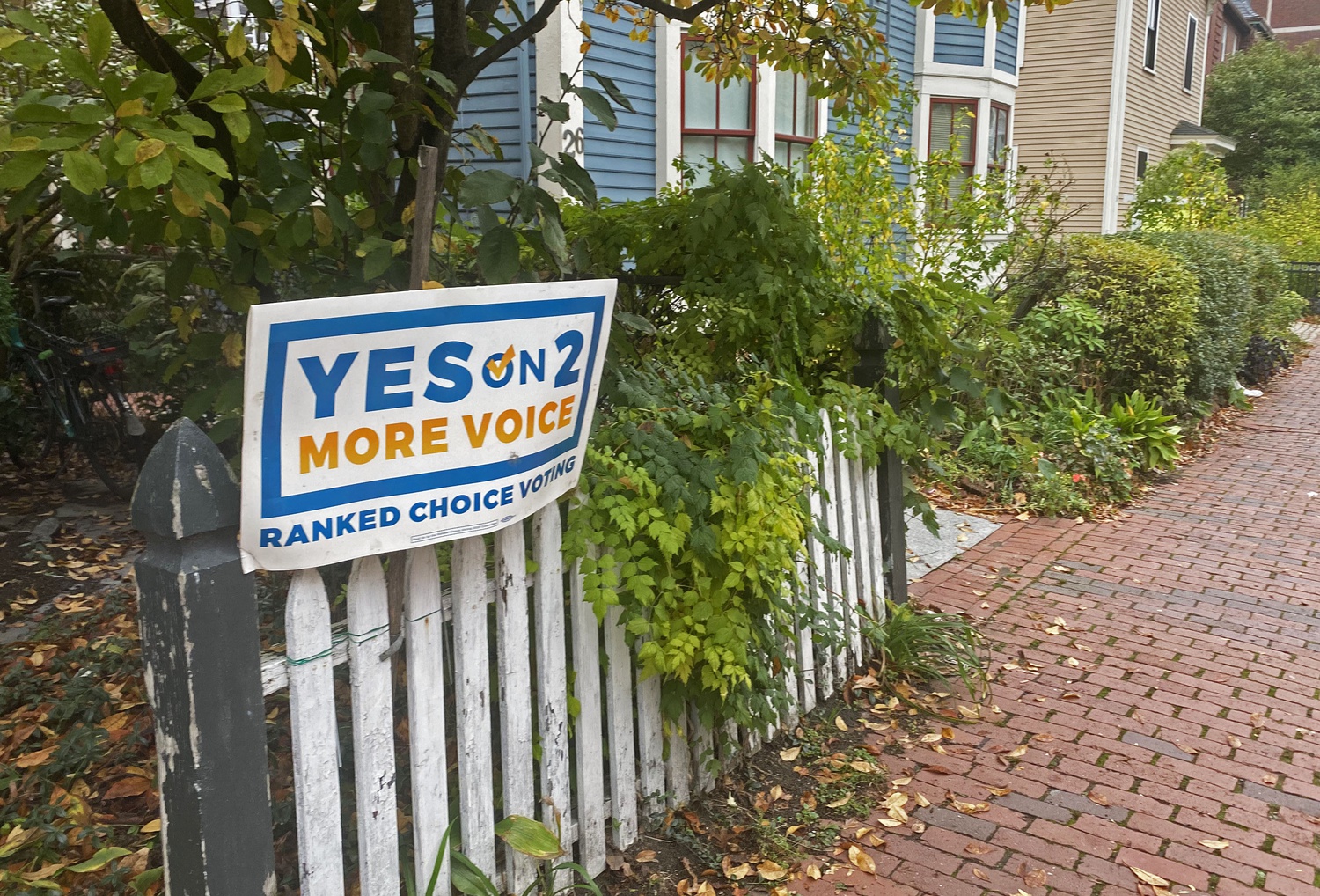 Massachusetts voters will weigh in on two statewide ballot measures — regarding the adoption of a ranked-choice voting law and a new “right-to-repair” law — as part of the Nov. 3 elections.

The right-to-repair measure — question one on the ballot — proposes a law that would allow motor vehicle owners and independent repair facilities expanded access to mechanical data. Manufacturers would be required to install open-access data platforms on motor vehicles that are sold in Massachusetts and use telematics systems.

The Commonwealth’s existing right-to-repair law, signed into law in 2013, does not set regulations for telematics systems, which allow remote access to mechanical data.

Proponents of the new right-to-repair proposal argue that, if adopted, it will ensure drivers are able to choose where they get their cars repaired, even as technology advances.

Thomas J. Hickey, director of the Massachusetts Right to Repair Coalition, said his group is advocating for “a level playing field in the repair market.”

“New technology is everywhere rapidly, and your car is no different. Your car is now a computer on wheels,” he said. “Wireless communication systems ... are now in 90 percent of new vehicles, and we’re closing that loophole to make sure there is a level playing field for car repair.”

“More importantly, consumers will be able to get their car fixed where they want,” he added.

Opponents of the proposal, however, have raised concerns about cybersecurity risks they say could arise with the creation of an open-access platform.

Conor Yunits, spokesperson for the Coalition for Safe and Secure Data, a group formed in opposition to the ballot question, said the proposal poses safety risks to consumers and does not allow automakers regulation of their vehicle systems.

“Notably, the question specifically excludes automakers from being involved in that app or in the access to the open access platforms,” Yunits said.

Question two on the ballot — the ranked-choice voting referendum — has also spurred debate. The proposed law would implement a system in which voters rank candidates in order of preference for primary and general elections for all statewide offices, state legislative offices, and federal congressional offices beginning in 2022.

“We all recognize that there is a lot of frustration with our political institutions — the fact that they're not responsive to ordinary voters, the fact that they can leave people feeling disempowered and alienated,” she said. “I think there are a number of reforms that would make a difference and ranked-choice voting is one of them.”

Former University President Lawrence H. Summers, another honorary co-chair for “Yes On 2,” said the implementation of ranked-choice voting would result in more moderate outcomes while allowing the participation of candidates with a wider range of views.

“It just makes sense that getting more information from voters about their preferences, rather than less, will lead to more rational decision-making,” he added.

The proposal has won widespread support from Massachusetts politicians, including the state’s entire Congressional delegation and the Massachusetts Democratic Party. Governor Charles D. Baker ’79 and Lieutenant Governor Karyn Polito, both Republicans, expressed their opposition to the proposed law in a joint statement Tuesday.

“At a time when we need to be promoting turnout and making it easier for voters to cast their ballots, we worry that question two will add an additional layer of complication for both voters and election officials,” they wrote.

Voters in the Bay State have until Tuesday evening to cast their ballots, though many already have; two million early ballots had already been submitted statewide as of Thursday evening.