‘The Devil All the Time’ Is Full of Talent, But Lacks Substance 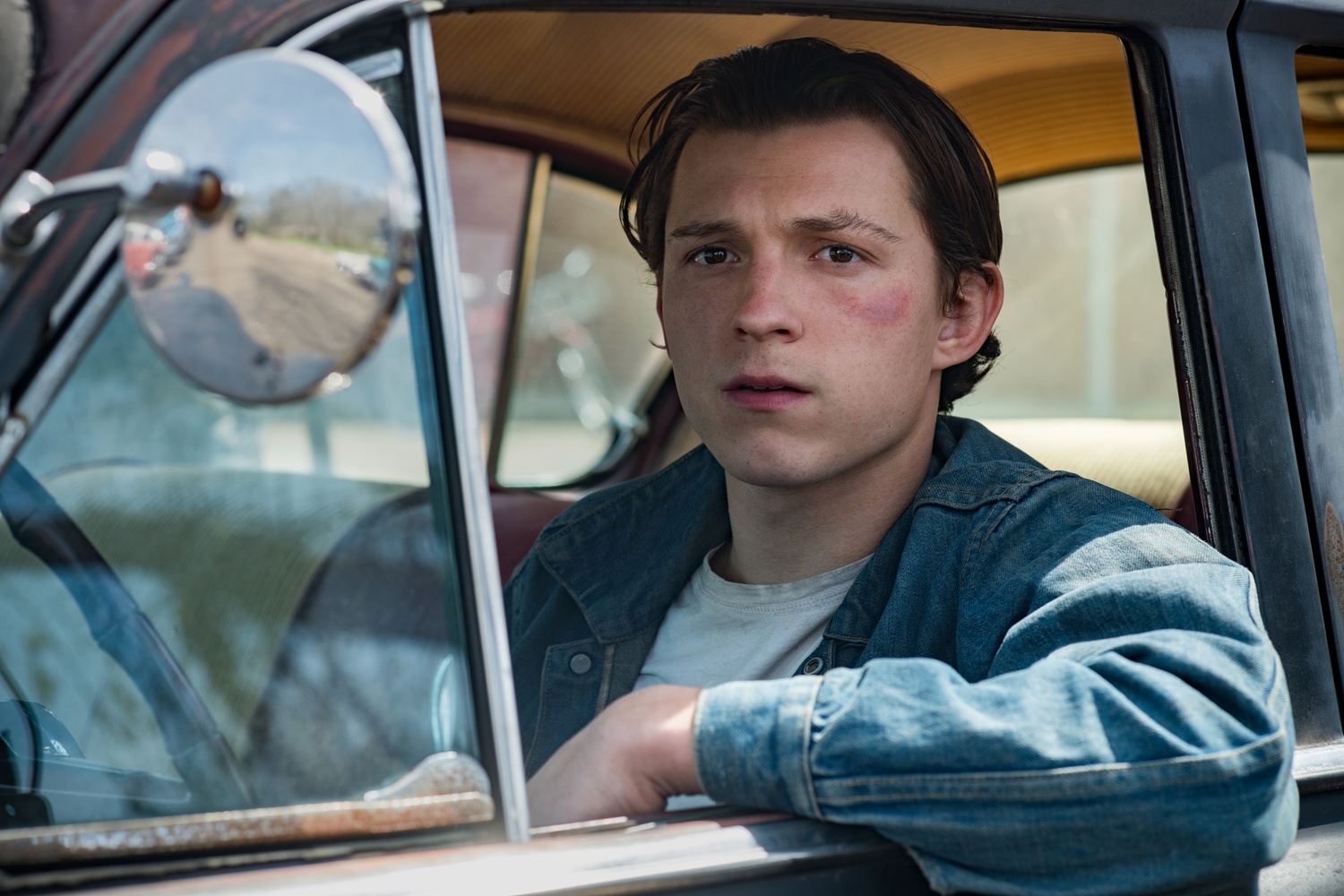 Tom Holland stars as Arvin Russell in "The Devil All The Time" (2020), directed by Antonio Campos. By Courtesy of Glen Wilson/Netflix
By Jaden S. Thompson

The new Netflix film “The Devil All the Time,” directed by Antonio Campos, tells the intergenerational story of the pious Russell family and the ominous characters that orbit its world. Based on the novel of the same name by Donald Ray Pollock, the film stars an ensemble cast helmed by Tom Holland, in a notable departure from his internationally renowned role as the lighthearted Peter Parker. Split into two parts, the first 45 minutes focuses on the Russell patriarch, Willard (Bill Skarsgård), as he comes home from World War II and starts a family in the small town of Knockemstiff, Ohio. The next hour and a half is set in 1965, and Willard’s son Arvin must tap into the violent tendencies his father instilled in him to protect his family. The intricate plot spans decades and includes a wide cast of deranged, corrupt, and, in very few cases, naively innocent characters. While the “The Devil All the Time” brims with talent, from mastered southern drawls to chilling sociopathic expressions, the unsympathetic characters and disjointed plot cripple the film’s potential to offer anything more than a long sequence of gratuitous violence and melodrama.

The film amalgamates elements of mystery, suspense, and horror, but ultimately lacks the characteristics that define the great films of all of these genres. “The Devil All the Time” eludes categorization in a way that is less groundbreaking and more lackluster and confusing. The first part of the film wades through war trauma, religious delusions, and deadly illness, and its pacing doesn’t allow for audiences to digest these back to back tragedies. However, Skarsgård easily slips into the increasingly deranged personality of Willard, a deeply flawed and sadistic person, making his character arc feel genuine.

“The Devil All the Time” has two additional storylines that are essential to the central plot but aren’t interwoven in a way that flows naturally. Back in 1950s Coal Creek, West Virginia, a preacher named Roy Laferty (Harry Melling) marries Helen Hatton (Mia Wasikowska), and his family collides with the Russells. To add to this already complicated plot, there is also a homicidal husband and wife that prey on innocent hitchhikers (Riley Keough, Jason Clarke), and the latter’s brother is a crooked cop in Knockemstiff (Sebastian Stan). It’s not necessarily hard to follow the film — there’s logic to all these interactions — but the overwhelming number of delusional sinners and dysfunctional relationships means you never get to know any of the characters as much as you’d like to.

Even so, Tom Holland is a strong lead as Arvin, carefully balancing the anger and violence passed down from Willard with his natural boyishness and muddled good intentions. He wants to stand up for his family, but he’s been taught that seeking brutal revenge is the only way to do so. When he confronts Preston Teagardin (Robert Pattinson), the new-in-town preacher that preyed on Arvin’s step sister (Eliza Scanlen), Holland readily taps into his vengeful side, with youthful fear subtly trembling under the surface. Pattinson, never one to conform to expectations, crafted his own Southern accent for the film instead of getting help from a dialect coach. The result was a high pitched, needling drawl that’s drastically different from his natural voice, and it accurately reflects his character’s contemptibility. His dark portrayal of Teagardin is a standout performance in the film, and watching him face off with Arvin evokes the high strung tension that it should.

Even with admirable acting, the storyline remains irredeemable by the end of the movie. There’s not much to get out of the disturbing imagery and excessive gore other than a few pictures in your mind that linger a little longer than you want them to. An austere tone persists throughout the two hour plus runtime, and the succession of tragedies and violent confrontations never quite amount to anything substantive. Nearly every character lacks morality in some way, and although this could be an effective commentary on humanity, it doesn’t come off that way; essentially, no one feels worth rooting for.

In the beginning of the film, the omniscient narrator (Donald Ray Pollock), while introducing Willard, says, “It seemed to his son that his father fought the devil all the time.” It would appear that this fight is shared by all the characters. It’s just hard to care if any of them win.