The Show Must Go On? TV in the Age of Corona 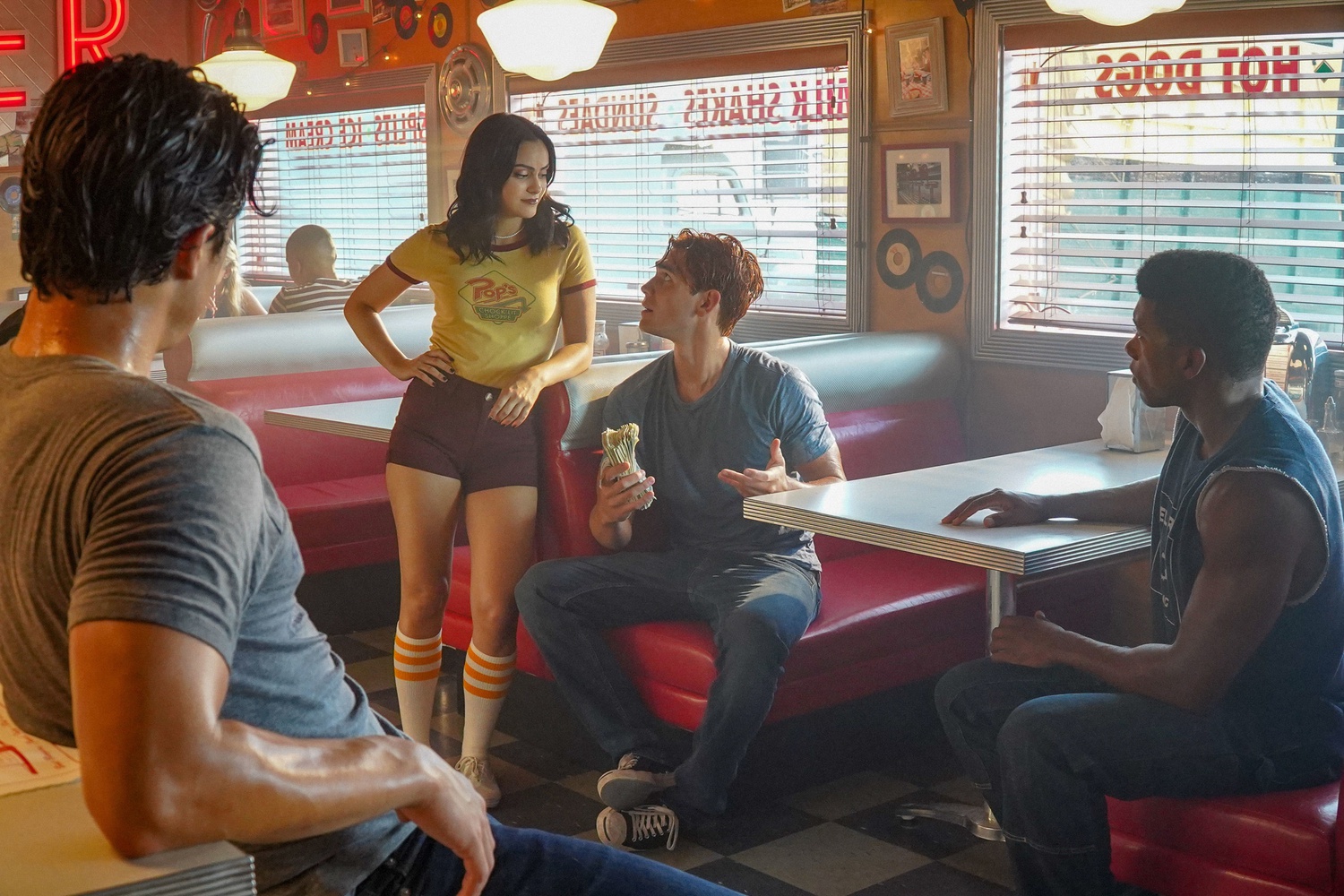 Production for the popular CW show, 'Riverdale,' has resumed despite the COVID-19 pandemic. By Courtesy of the CW
By Jamila R. O'Hara, Contributing Writer

When “Riverdale” actor KJ Apa uploaded a video of himself and castmate Camila Mendes demonstrating one of the show’s newly implemented COVID prevention practices to Instagram, many fans had questions — and justifiably so. The video shows Apa and Mendes gargling mouthwash for approximately 30 seconds; in the caption, Apa writes, “our new normal is washing our mouths before every take of a make-out scene.”

Like most other scripted television shows, production for “Riverdale” has been thrown wildly off course by COVID-19. As the pandemic raged on, “Riverdale” began filming its fifth season on Sept. 14 after its cast and crew completed a two-week quarantine. As videos from the Riverdale set circulated throughout social media, many called into question the effectiveness of a safety protocol that seems to do the bare minimum; one Twitter user remarked, “not sure what mouthwash does against COVID but the Riverdale cast never fails to entertain me.” Not much, it seems: According to the Hollywood Reporter, production of “Riverdale” was paused once again after just two weeks of filming due to a testing gridlock in Vancouver, where “Riverdale” and several other U.S.-based TV series shoot. Nevertheless, Apa’s video led many to wonder what television production looks like in the midst of a global pandemic.

The fall premiere has long been a staple of television: Typically, cooler weather and shorter days signal both the return of beloved shows after long summer hiatuses and the debut of new series piloted in early spring. The vast majority of shows saw production grind to a screeching halt at the beginning of the pandemic, leaving many networks with no new live action content to air in September and October. Some shows, including popular dramas like “Law & Order: SVU,” “Good Girls,” and “Empire” — still in production as state after state gradually shut down — were forced to end their seasons prematurely, leaving their original episode counts unfulfilled and the tail ends of their season arcs incomplete or hastily rewritten.

Many networks have thus far relied on reruns and content acquired from streaming services and international broadcasters to pad their lineups, but more and more casts and crews are now venturing into the studios once again. But how are these bold production teams dealing with the many state regulations and health and safety restrictions posed by the coronavirus pandemic? Just how sustainable are their efforts?

The nature and setup of both daytime and late night talk shows have allowed hosts including Ellen DeGeneres, Jimmy Fallon, Stephen Colbert, and Trevor Noah to continue producing episodes of their shows from the comfort of their own homes. Shows like “The Talk” and “The View” have employed the video call format for months now — perhaps the safest approach to television production in the era of social distancing.

Similarly, a number of scripted series have simply postponed or suspended production, at least in person, until further notice. Shows such as “Pose,” “Russian Doll,” several upcoming Marvel Cinematic Universe Disney+ shows, and “One Day at a Time” — which artfully worked around quarantine restrictions by producing an episode relying on animation and voice acting — took this approach. Several notable scripted series have now resumed filming. The ABC Sitcom “The Conners” — believed to be the first broadcast comedy to start producing new episodes — resumed production in mid-August with “minimal crew” and without a studio audience, according to Deadline. Executive producer Bruce Helford has said that certain amounts of personal protective equipment are required in particular zones on set; actors are also frequently tested before entering the soundstage. Similarly, the “Grey’s Anatomy” cast returned to set on Sept. 8; showrunner Krista Vernoff has said that “massive” adjustments have been made to allow for the production of Season 17. “It’s social distancing, it’s masks, it’s visors, it’s masks on the actors between takes and during rehearsals,” she said. Even so, these modifications sound less like “massive” structural adjustments and more like baseline precautions that may suffice for normal office settings, but might not be as effective in the hyper-interactive world of film and TV production.

Are regulations such as these all that can be done to ensure the safety of casts and crews working during the pandemic? Although certainly more difficult in practice, production that occurs almost entirely remotely may not be infeasible. The miniseries “Love in the Time of Corona,” for example, is incredibly experimental in its production, but perhaps a bit too timely. The series, which was conceived of, written, and produced during the pandemic, assembled a cast of people quarantining together in real life and shot wirelessly on-location with crew stationed outside each couple’s home. “Love in the Time of Corona” jumped through an impressive amount of hoops for safety’s sake, but this approach to pandemic-era art might only work for a distinctly pandemic-era show whose characters are social distancing as well. In this way, radical modifications to the shooting process, like having actors operate their own cameras in their homes and directors instruct them from outside via walkie-talkie, might necessarily detract from TV’s escapist appeal: It’s safe to assume that the majority of viewers would probably rather watch characters living their lives freely in a COVID-free reality than characters who are quarantining like them.

And what about reality television? Although several reality shows have continued in a remote format, others have opted for the exact opposite approach. “Big Brother” and “Love Island USA” — shows whose very premises rely on over a dozen people living in very, very close quarters with each other — have pushed through the pandemic. The premieres of both shows repeatedly reassured their audiences that the cast members were keeping safe, with rigorous testing and quarantine measures in place. True, the closed set “retreat-style” settings of shows like these and “The Bachelorette,” which filmed its upcoming season over the summer, create relatively safe environments in which interactions occur only between cast and crew. Still, one has to imagine that even one COVID case would wreak havoc on these cramped sets. “Love Island,” for example, gave each contestant a custom champagne glass with their name on it, so as to avoid cup confusion. Of course, that safety precaution quickly became null and void almost instantaneously as the singles started hooking up.

Like with most industries, the pandemic has presented Hollywood with an unprecedented set of challenges, posing a myriad of questions that producers, directors, and actors have never before had to consider. And producers’ approaches to the pandemic are about as varied as television programming itself. Although filming and production strategies might range from completely remote compliance with public health guidelines to filming environments that seem perhaps alarmingly lax, a common thread runs throughout most of television: One way or another, the show will go on.