F*ckface Delivers on Its Eyecatching Title 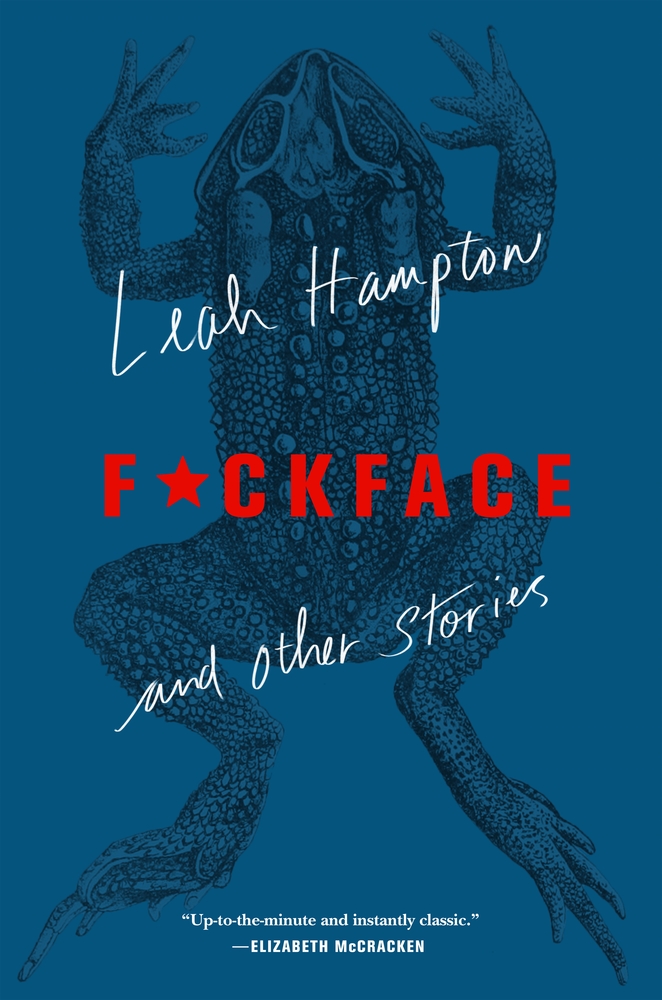 “F*ckface” is an attention-grabbing title, and the twelve short stories within hold that attention. In this debut collection, Leah Hampton delivers wonderfully rounded portraits of a varied group of characters. Through all these different individuals’ eyes, she masterfully depicts the unique stresses and pleasures of life in rural Appalachia. It’s clearly a place she knows well, and it comes through in her beautiful descriptions of the land and the adept ways in which slang, character names, or descriptions of kudzu subtly transport the reader to the rural South.

The titular short is placed first in the collection, revealing its hand fairly early — F*ckface is the name of narrator Pretty’s manager at the grocery store at which she is employed. Pretty, a young, queer girl, struggles with her desire to get out of her small town. Like Pretty, most of Hampton’s characters are interesting, complex women. “Wicked,” the collection’s third story, focuses on Margaret, eccentric and single, who struggles to find her voice and her self in her hometown where everyone “treated Margaret like the spare button on the inside of a shirt.” She grapples with her relationship with her sister and unresolved trauma from high school. “Parkway”’s protagonist, Priscilla, becomes a forest ranger when there are no other female rangers, but finds her love for the park eroded by the often distressing nature of her work. In “Mingo,” Tina is the only one with the strength to stand up to her father-in-law, who refuses to acknowledge his failing health.

Environmentalism is also at the heart of every one of these stories. While “Mingo” is about Tina’s father-in-law’s latest stint in the hospital, it conveys a deep sense of attachment and loss for the beautiful mountaintops that have been razed for mining or development. Industry also plays a large role in this collection, with “Meat” providing a stark account of horrifying feedlots and “Twitchell'' delivering a nuanced yet scathing critique of the irresponsibility of petrochemical companies by showing the health consequences of their unregulated runoff on a town. Given that some individuals in “Twitchell” refuse to acknowledge these events, the story also shows the dangers of withholding information and misleading citizens. “Parkway” directly comments on the irreverent way humans treat nature, noting that people “empty sorrows and trash out of ourselves into them [parks]” and depicting how this disregard for nature takes its toll on individuals by paralleling it with Priscilla’s inability to cope with it. And in “Boomer,” Larry’s state forests and marriage burn, the former a result of drier seasons caused by a victim of drier seasons due to climate change.

In spite of the pointed attacks on human tampering and destruction, there is beauty and appreciation for nature within these stories. Nearly every short is built on lovely descriptions of landscapes, and even the metaphors about people and events are wonderfully grounded in connections to nature. In “Devil,” a character is described as having “eyes like brackish water.” Animals often crop up within the collection, with the somewhat sinister naturalist who leads their nature hike in “Frogs” being described as bat-like, and Beth, the main character in “Sparkle,” describes scientists moving as like “awkward birds.”

“F*ckface” is honest and real, and heartbreakingly sad, with every story ending on a perfectly open stopping point that leaves readers with no happy endings. Though its emotional weight peters out somewhat towards the end, with slightly less strong stories like “Queen,” “Saint,” “Meat,” or “Sparkle,” Hampton never fails to bring us a deeply intimate look into the world of Appalachian living or valuable insights into human environmental impact.

—Staff writer Sara Komatsu can be reached at sara.komatsu@thecrimson.com