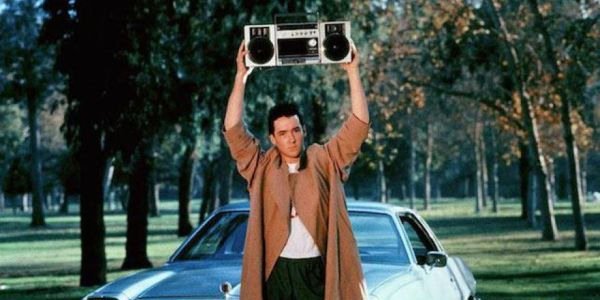 Amid the never-ending chaos of 2020, both music and film are playing a part in helping everyone stay sane and grounded. This playlist is dedicated to the powerful intersection between the two art forms. Here are just some of the iconic needle drops of the past few decades that have made movies more memorable.

The lighthearted, adventurous whimsy of “Back to the Future” is perfectly encapsulated by the “The Power of Love'' by Huey Lewis and the News. The song plays during the opening credits sequence, as everyman protagonist Marty McFly (Michael J. Fox) rides his skateboard to school with gritty rock guitar and classic ‘80s synths backing him up. The pure optimism of the song is undeniably infectious — you can’t help but smile while watching this scene.

In the black and white indie gem “Frances Ha,” there’s a nod to the French film “Mauvais Sang,” in which Greta Gerwig’s character runs and dances spiritedly down several New York City blocks to the effervescent “Modern Love.” With abundant charm, this scene captures the dream of the city that the titular Frances is trying to cling to. (For another movie featuring a woman dancing without a care to “Modern Love,” watch the 2015 rom-com “Sleeping With Other People.”)

Timothée Chalamet simultaneously captures and breaks viewers' hearts as he silently cries in front of a crackling fireplace at the end of “Call Me By Your Name.” While Chalamet’s acting is incredibly emotive, Sufjan Stevens’ “Visions of Gideon'' elevates the scene to a new level. Stevens’ ethereal voice reflects Elio’s heartbreak with devastating beauty.

In Spike Lee’s “Do the Right Thing,” the quintessential protest song “Fight the Power” by Public Enemy is featured multiple times, playing during the opening credits and proudly blasting from Radio Raheem’s (Bill Nunn) boombox. The defiant beat and lyrics — “We got to fight the powers that be” — set the tone for the film and its exploration of tense race relations in Brooklyn.

When Lloyd Dobbler (John Cusack) holds up a boombox playing Peter Gabriel’s “In Your Eyes” outside of his ex-girlfriend Diane Court’s (Ione Skye) window, is it stalkerish and creepy? Is it the epitome of grand gesture, swoon-worthy romance? Interpretations may vary, but the iconic image of Lloyd — one of the most likable coming-of-age protagonists to date — holding up that boombox is permanently seared into our collective memory.

“Sunflower” by Post Malone and Swae Lee — “Spiderman: Into the Spiderverse” (2018)

At the beginning of the animated film “Spiderman: Into the Spider-Verse,” Miles Morales (Shameik Moore) listens to the feel-good hit “Sunflower” in his headphones, absent-mindedly singing along as his parents call for him to get ready for school. The scene is short but truly endearing as it helps us get to know Miles as a character. Try to keep yourself from singing along with him — it’s impossible.

—Staff writer Jaden S. Thompson can be reached at jaden.thompson@thecrimson.com