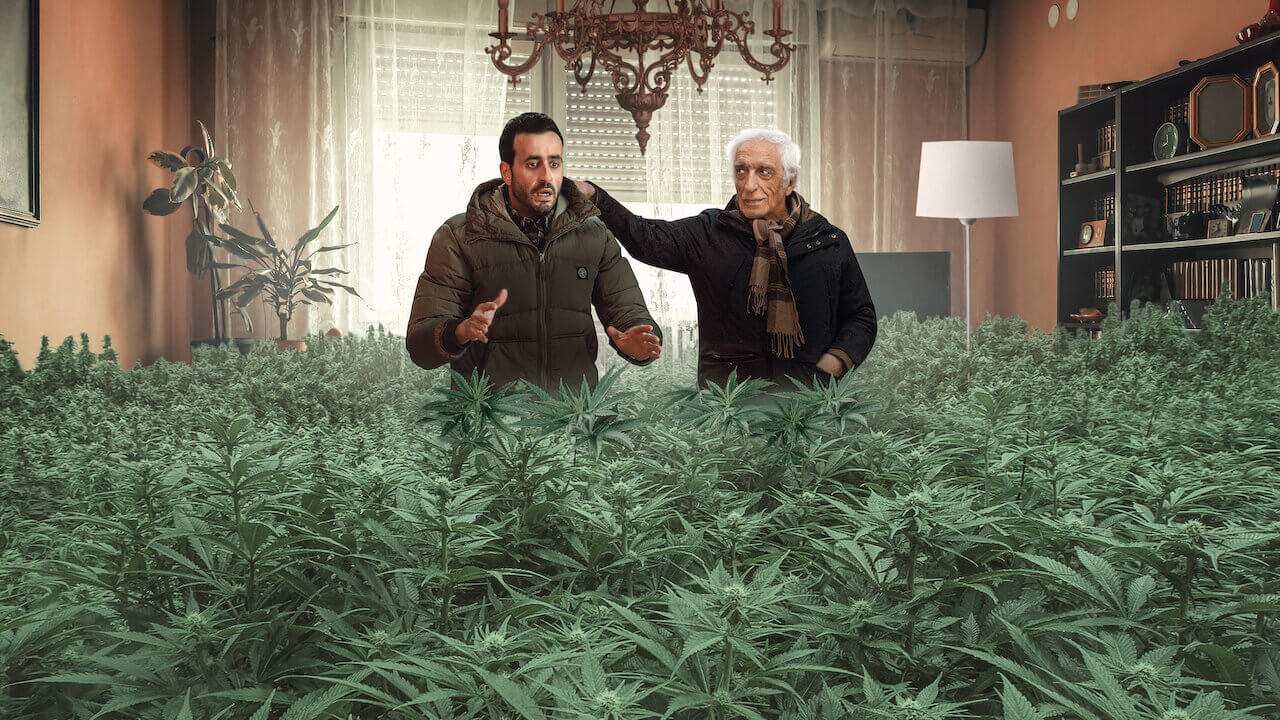 Released Sept. 11, the second season of the Netflix original show “Family Business” picked up right where it left off — and not just in terms of the plot. Indeed, the second season of this show was just as ridiculous, light-hearted, and downright funny as the first, adding a second chapter to a story so entertaining that it makes the promise of a third something to genuinely look forward to.

Created by French writer Igor Gotesman, the second season of “Family Business” sees actor Jonathan Cohen star as the goofy, charismatic, and clumsy Joseph Hazan, still a key figure but now no longer the driving force of the marijuana-growing operation into which he dragged his quaint but fracturing family in the first season. This season picks up a year after the end of the first, and tracks the Hazan family as they continue to expand their operation; yet, as always, unforeseen events continue to drag the family deeper into the illicit business they never imagined they would be a part of.

The writers’ number one rule for this second season was simple: Don’t take anything too seriously. Like “The Office,” “Family Business” draws its humor from many sources, from Clémentine’s painful lack of self-awareness to Joseph’s ridiculous attempts to scare his family out of the weed business (for example, placing a crow on their doorstep in place of a horse’s head, which he couldn’t muster the will to cut off). And, like “The Office,” the humor employed in “Family Business” works. Here, cringe-worthy moments meet the completely unexpected and, at times, the wildly inappropriate, and the result is reminiscent of the spirit of the NBC cult classic.

The key player in most jokes is the witty and overconfident Joseph. The success of the second season is, of course, a testament to how well Cohen is able to interpret this character; in addition, the other members of the cast mesh well together to create the semblance of a quirky, dysfunctional family that is perfectly suited to their bold (and highly illegal) endeavor.

The plot of this season moves quickly, and its pace compliments the show’s dismissal of characters’ motivations and its choice to instead focus on the absurdity of the situations in which they find themselves. The storyline itself does require a robust suspension of disbelief — viewers must accept, for example, that the Hazans are able to escape detection by the police as they run their business next to a Gendarmerie shooting range — but this is acceptable for a show that has no intention of bringing groundbreaking thematic elements to the screen, that simply aims to draw comedy from the absurd.

It is worth mentioning that “Family Business” is a French show, though it can be watched in English, for which subtitles are also available. And while most American viewers may shy away from the French, something major would be lost by foregoing the experience of listening to the show in its original language. When the characters speak in French, their intonation, their turns of phrase, and even the profanities they choose to use are, as one would expect, perfectly in tune with the situations in which they find themselves. “Family Business” would just not be the same, for example, without the expressiveness of Joseph’s (Cohen’s) language, which is unmatched in the English dubbing of the show. Aside from using voices that are a terrible fit for their actors, the English audio translation also fails to come up with an answer for the intonation and word choice — especially Cohen’s habit of repeating phrases like “c’est bien” or “pas mal” or the modifier “très” — that Cohen uses so elegantly to convey the tactlessness and absurd optimism of Joseph’s character.

In the end, it would be difficult to finish the second season of “Family Business” and not wish that the third had already been released. The cliff-hanger ending of the last episode is merely the icing on the cake: The show’s cast, pacing, and comedic elements are all so well put together that such a suspenseful ending is hardly necessary; in fact, it is these elements that make the show work so well. Indeed, if the second season is any indication, “Family Business” may be well on its way to becoming a cult classic in its own right.