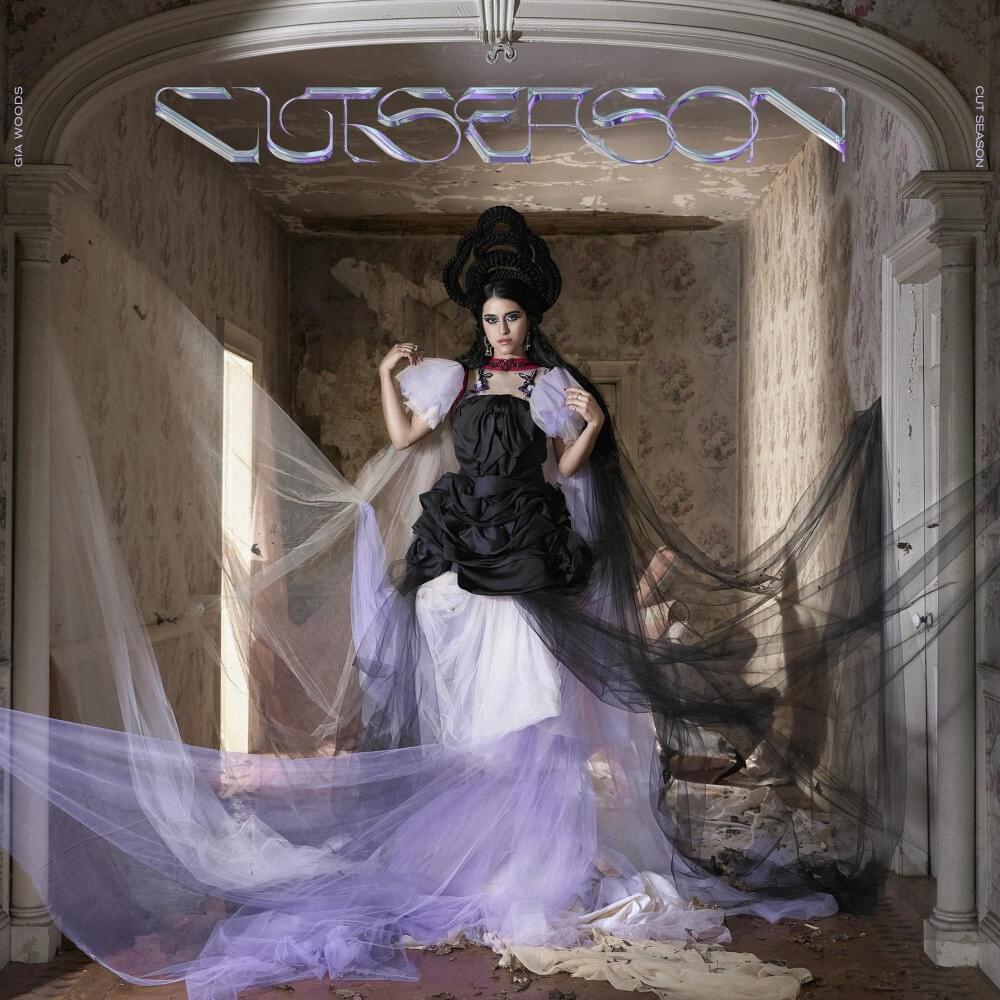 After months of consecutive single releases, pop artist Gia Woods has finally unveiled her debut album, “CUT SEASON.” With the release, Woods takes risks to establish her sound as an up-and-coming artist. Blending industrial electronica elements with shining hyper-pop melodies, she thoughtfully explores her own fears and struggles with identity.

The daughter of Persian immigrants, then-shy Woods was discovered in 2014 by her manager in a coffee shop performance for her high school choir class. She began her music career in earnest with the 2015 release of her debut single, “Only a Girl.” It was also with “Only a Girl” that Woods established herself as a queer pop icon, using the song to come out as lesbian to her listeners along with her friends and family. “Only a girl / Knows how a girl feels / Only a girl / Can make me feel this way,” she sings in the track, her voice crystalline over the song’s pop sheen. Shortly after, she held her debut performance as a recording artist at LA Pride 2016.

“All the messages from LGBTQ fans telling me that my song inspired them to come out made me realize what I'm doing is completely worthwhile and important,” she wrote in her “Love Letter to the LBGTQ Community,” sharing her experience with both “Only a Girl” and Pride. “Performing at LA Pride 2016 was such an overwhelming emotional experience because having my very first show at an event specifically for the LGBTQ community was a dream come true.”

From then on, Woods has been unapologetically open about her sexuality. While her music often serves as a vehicle for both LGBTQ+ representation and candid emotional expression, nowhere in her repertoire is this clearer than in “CUT SEASON.”

“It’s all a progression of reasons to cut people and toxic emotions out one by one, and as soon as I started to get into this theme, every song just kept coming,” she said of the album in a March interview with Flaunt Magazine, back when it was a work in progress.

The dark pop album centers around Woods’ own relationship with herself and previous partners, inviting listeners to empathize with — and dance to — her self discovery. Over the course of twenty minutes, it evolves from a grungy collage of synthesizers and distorted drum beats into glittering dance songs with bright melodies and uplifting lyrics.

The album’s opener, the eponymous “CUT SEASON,” starts slow and brooding, steadily building into a crescendo of crashing drums, distant sirens, and heavily-produced keyboards. The cacophony is anchored by Woods’s heavenly vocals: a perfect chaos. “I tried to take the right way / All you do is stress me out… I don't need a reason / It's cut season,” she sings, her voice low and sultry. Through this titular opening song, Woods also introduces listeners to the central dilemma of her album: a relationship she can’t fix without taking a step back first and looking at herself.

Immediately afterwards, “EGO” brings listeners deeper into Woods’s psyche as she grapples with her cyclic self-perception. “I think when you are in such a toxic cycle and it’s never-ending, and you can’t get out of it and you can’t solve these issues, you kind of step back and you’re like these issues are just paper-thin.... It’s really just your ego that’s always in the way of all these issues,” she said of the song in an interview.

A steady drum beat throughout the song creates a sense of foreboding before it explodes into the song’s chorus: “My ego loves to rough it up with your ego / Throwin' uppercuts to get equal / That's just how it goes / You want love and control, but you can’t have both,” Woods sings on top of a gritty mix of snare hits and synthesizers. The song’s musicality sounds menacing, almost dangerous as Woods lays bare her demons and insecurities in pristine harmonies.

While most of the album incorporates industrial sounds — like sirens, distorted synths, and syncopated drum beats — and other alternative pop conventions, some of the album’s tracks also open the doors for more rock influence. In “NAIVE,” for example, a swirling guitar solo towards the end of the track complements the song's electronic elements to create a dynamic blend of old and new influences.

By the end of the album, with “SABOTAGE” and “ALL I KNOW,” Gia Woods’s classic, pure pop sound is back at center stage. In “SABOTAGE,” Woods clearly expresses her own growth, making the choice to cut off her old relationships to work on herself instead. “I know I'm not good for me / Always fall back into you / No, I don't need sympathy / Yeah, I know just what to do,” she sings, as upbeat dance music drives her voice, and with it, her emotional resolve.

“ALL I KNOW,” the last song on the album, fittingly wraps up Woods’s EP-length push-and-pull between what she wants and what is good for her. The track is guitar-based, complemented by shimmering synths and summery melodies. “When life's no grеat, that's okay / There's no matter what wе do / A little bit of me, a little bit of you / And a little bit of love will get us through,” Woods sings, her lyrics and musicality both showing growth from the dark, muddled themes that dominated the release’s beginning. As Woods lets herself be free of the control she was so desperate to hold onto in songs like “EGO” and “NAIVE,” the track’s production, too, feels lighter.

Woods’ candid explorations of self cement “CUT SEASON” as a thematically powerful pop album primed for dance parties, lonely nights, and everything in between.