‘dusk’ Captures the Lethargy of the Moment 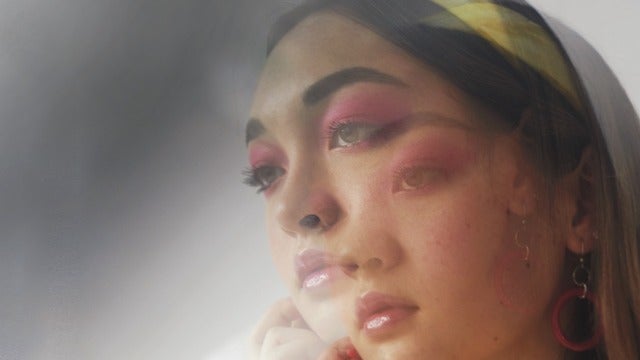 In her latest EP “dusk,” bedroom pop-artist and occasional TikTok sensation mxmtoon delivers a contemplative meditation on quarantine. As the follow-up to her cheerful EP “dawn” released earlier in the year, “dusk” introduces us to a quieter side of the artist as she sings about her newly secluded life. In the opening track, “bon iver,” mxmtoon lilts, “Time waits for no one, but there’s beauty in the moments and the spaces in between.” “dusk” is a love song to those moments. Over the course of seven tracks, mxmtoon gazes out the window, stares at the clouds, and focuses on herself.

Musically, this latest EP is no great departure from the artist’s past aesthetic of lo-fi ukulele-tinged melancholia. But this style works especially well in “Dusk,” as the spacey production and lethargic melodies perfectly capture the ennui of the present moment. “Dusk” is easy listening, sometimes to a fault; tracks seem to melt into each other and sometimes fail to distinguish themselves. The song “wallflower” is perhaps the most guilty of this lack of distinction.This ballad about wanting to disappear is the least-produced song on the EP and, without much to support its languid melody and directionless piano accompaniment, it fails to gain its footing.

Yet there are some moments of “dusk” that sparkle through the EP’s woozy atmosphere. Notably, “ok on your own,” featuring Carly Rae Jepsen, has the energy of an early 2000s girl group number. It's a surprising shift, but a really fun one. While the song has a more traditional pop sound than others in the EP, the heavy reverb and uke makes “ok on your own” feel at home with the other tracks. “bon iver” is another strong point on the EP, especially from a production standpoint. Her voice floats above a rich mixture of acoustic and synth instruments. The result is an atmosphere that feels at once dreamy, distant, and lavish.

“dusk’s” hazy atmosphere is furthered by the videos mxmtoon released in tandem with the album. Only “bon iver” has an actual music video (featuring mxmtoon singing in a field surrounded by animated birds and flowers), but mxmtoon released an “audio” video for each of the tracks. These videos feature the songs played over sepia-toned shots of mxmtoon going about her daily life. She takes the subway wearing a mask in one of them and walks through a park in the next, and some videos are less compelling than others. The one for “bon iver,” for example, features an unedited shot of mxmtoon halfheartedly playing the guitar while looking at the album cover for “For Emma, Forever Ago.” But in general, these videos add to the lethargic atmosphere of “dusk,” portraying the often lonely, but occasionally beautiful moments which make up life in social isolation.

Lyrically, however, mxmtoon fails to shine on “dusk.” From her description of “holding onto moments” during “late night drives,” to her insistence that a “chapter has to end,” mxmtoon relies heavily on clichéd images and turn-of-phrases that could appear in any teen-centric pop song. She sings about the chaos of the world, about being lonely, about living by yourself, and about love, but all without much depth. The penultimate song, “show and tell,” itself points out the major problems with the EP. Singing about her desire for normalcy and the unfairness of the current situation, mxmtoon reveals “I don’t have much to say,” and she means it. Listeners will not leave “dusk” with a new understanding of our shared moment of isolation — the EP is a personal reflection more than it is a commentary or a reframing of the pandemic. Yet its haziness and simple symbolism is comforting nonetheless.