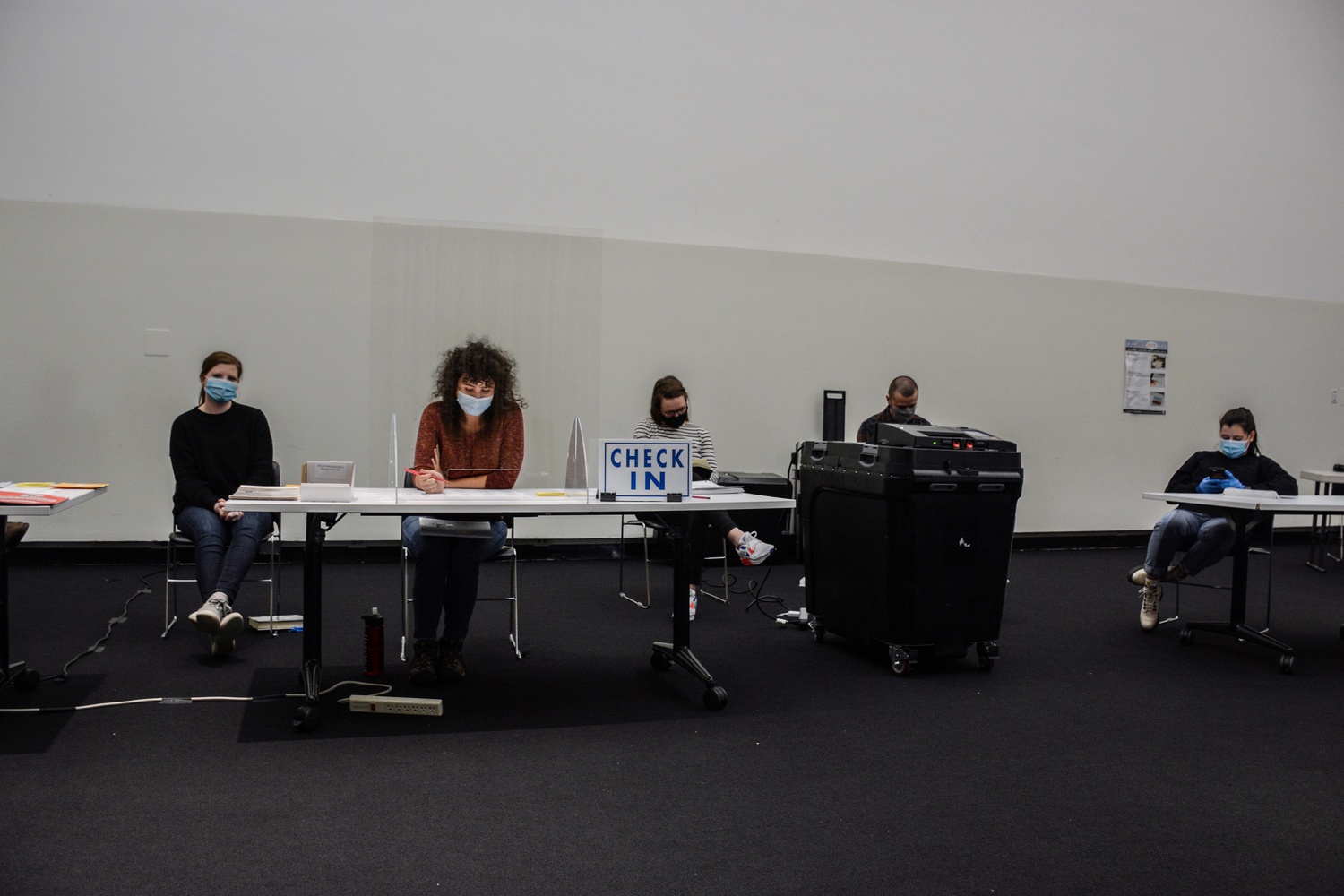 Normally packed with students coming to vote in the elections, Gund Hall was quiet Tuesday afternoon, as the majority of Harvard students are forced to stay home due to COVID-19 restrictions. By 2:30 p.m., only about 80 ballots had been cast at the voting center, leaving volunteers with little to do. By Owen A. Berger
By Taylor C. Peterman, Crimson Staff Writer

Seventy-five percent of Massachusetts voters voted to adopt a new “right-to-repair” law Tuesday, but roughly 55 percent of voters opposed a law that would implement a ranked-choice voting system in state elections.

The right-to-repair measure will allow vehicle owners to permit independent repair facilities to retrieve mechanical data from vehicles. Those repair shops can then send commands to vehicles for diagnostic testing, maintenance, and repair. Manufacturers of vehicles with telematics systems will now be mandated to install standardized open data platforms on vehicles sold in Massachusetts, starting with the model year 2022.

The law will also require dealers to provide prospective vehicle owners with a notice explaining the new mandates.

Proponents of the measure have argued it will allow drivers more leeway in choosing where get their cars repaired. Representatives from the Massachusetts Right to Repair could not immediately be reached for comment.

Conor Yunits, a spokesperson for the Coalition for Safe and Secure Data, a group formed in opposition to the ballot question, wrote in an emailed statement that the results of today’s vote “will only grant real time, two-way access” to vehicles and “increase risk.”

The “Yes on 2” campaign conceded after midnight on Wednesday, as voters snubbed a law that would have implemented a ranked-choice voting system for primary and general elections for all statewide offices, state legislative offices, and federal congressional offices beginning in 2022.

Allen wrote in an emailed statement that she is proud of the “hard-fought” campaign and is hopeful about the future.

“This is just the beginning of a consistent and dedicated effort to innovate for the sake of more responsive, more empowering political institutions that deliver a foundation of flourishing for all,” she wrote.

Of the more than 2.7 million votes reported after midnight Wednesday, Massachusetts residents cast 54 percent in opposition to the measure.

Supporters of the referendum argued it would put “more power in the hands of voters,” while critics called the proposed system “confusing.”

The Associated Press had not yet reported a decisive winner in the ranked choice referendum as of early Wednesday morning.