The Kid LAROI’s Debut Mixtape, ‘F*CK LOVE’ Cements the Artist as a Promising Up and Comer 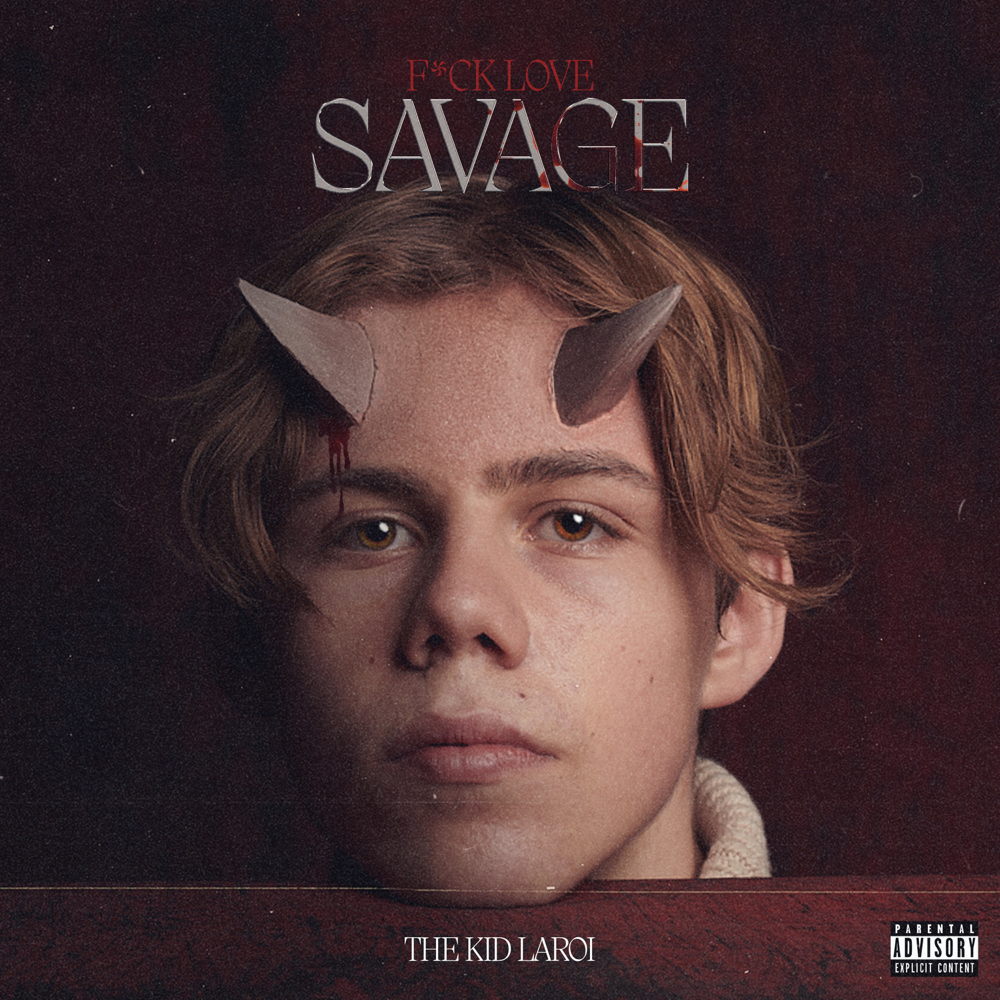 When the Kid LAROI released his debut mixtape in July 2020, it made a noticeable splash in the music world. In particular, Spotify took notice of the Sydney-raised artist and recruited him to the Spotify RADAR program for up and coming artists. With acknowledgement from such a pillar of 21st century streaming, there was no question that the Australian artist was making a name for himself. Now, with the deluxe release of his “F*CK LOVE (SAVAGE)” mixtape, the Kid has asserted his place in the music industry at the crossroads of hip hop, trap, and pop.

Charlton Kenneth Jeffrey Howard, or “the Kid,” as the 17-year-old’s fans call him, has managed to put an original spin on many of the sounds that you’d expect to find in a contemporary hip hop album. There are less hard rapping pieces with an aggressive beat; instead, the record is interspersed with an impressive, emotional lyricism that elevates him above many other younger artists.

With thematic nods to the late Juice WRLD, one of the Kid’s friends and supporters in the industry, LAROI makes his mark without discrediting his history. By acknowledging his influencers and still making something distinctly his own, LAROI collabed with an incredible array of artists on this album: YoungBoy Never Broke Again, Internet Mondey, Marshmello, Machine Gun Kelly, Lil Mosey, Corbin, and of course, Juice WRLD. Simultaneously taking advantage of the name recognition brought by these well-known artists, but also firmly using their distinct history and approach to bolster his growing style, the Kid shows that he has the wherewithal to collaborate with the greats in the industry.

As listeners dive deeper into the Kid’s unique sound throughout this album, there are the distinct traces of Juice, but plenty of his own voice, too. Given LAROI’s age, it would have been easy for the record to feel immature and unpolished, but even before his opportunities at Columbia Records, he managed to create a distinct and fully matured album. Using a well-curated combination of raw vocals, a smooth beat and a hard-hitting vocal track with varied instrumentals, he emphasizes the suite of emotions throughout, creating an end result that feels full-matured despite being his first mixtape. LAROI’S penchant for genre-hopping only adds to the record and keeps it both intriguing and easy to listen to.

Although common, the Kid’s take on teenage heartbreak in “F*CK LOVE (SAVAGE)” takes its own approach by highlighting LAROI’S flops and capitalizing on his experience. There’s no doubt that the material is more relevant than ever with an at-home, eager-to-listen teen audience, but the album as a whole paints a picture of heartbreak through the eyes of a Kid. Heartbreak and breakup albums aren’t unique in and of themselves. The Kid LAROI’s approach, however, is completely his own. Without much thought, some songs on the album could slide through a (COVID-compliant) party playlist. Songs like “WRONG (feat. Lil Mosey),” “ALWAYS DO,” or “GO (feat. Juice WRLD)” add lighter tones to the album, bringing in a positive beat and sound that mask its more emotional side. Things become somber with “TELL ME WHY” as LAROI attempts to ponder why his friend and mentor Juice WRLD had to die so young. Exploring the dangers of drug abuse rampant in a quarantined, depressed world, the song does a little more than just present raw emotion; it has a real message. All in all, the album presents itself mostly as a story of loss as a kid in his teens “f*cks” up a relationship and watches a girl he loved walk out the door.

As a whole, “F*CK LOVE” is an impressive achievement for a 17-year-old artist: both an astounding tribute to the late Juice WRLD and a clear testament to LAROI’s own musical finesse. Although lacking some of the deeper, more complex ideology of pinnacle rap and hip hop albums such as Kendrick Lamar’s “To Pimp a Butterfly,” the Kid’s first commercial mixtape has all the technical aspects — sound mixing, emotion, pace — of any great album. As his career continues, it will be incredible to watch the progress of an artist who dropped such a chart-topping, astounding first mixtape.