‘Tokyo Ueno Station’ is a Luminous Meditation on Loss and Time 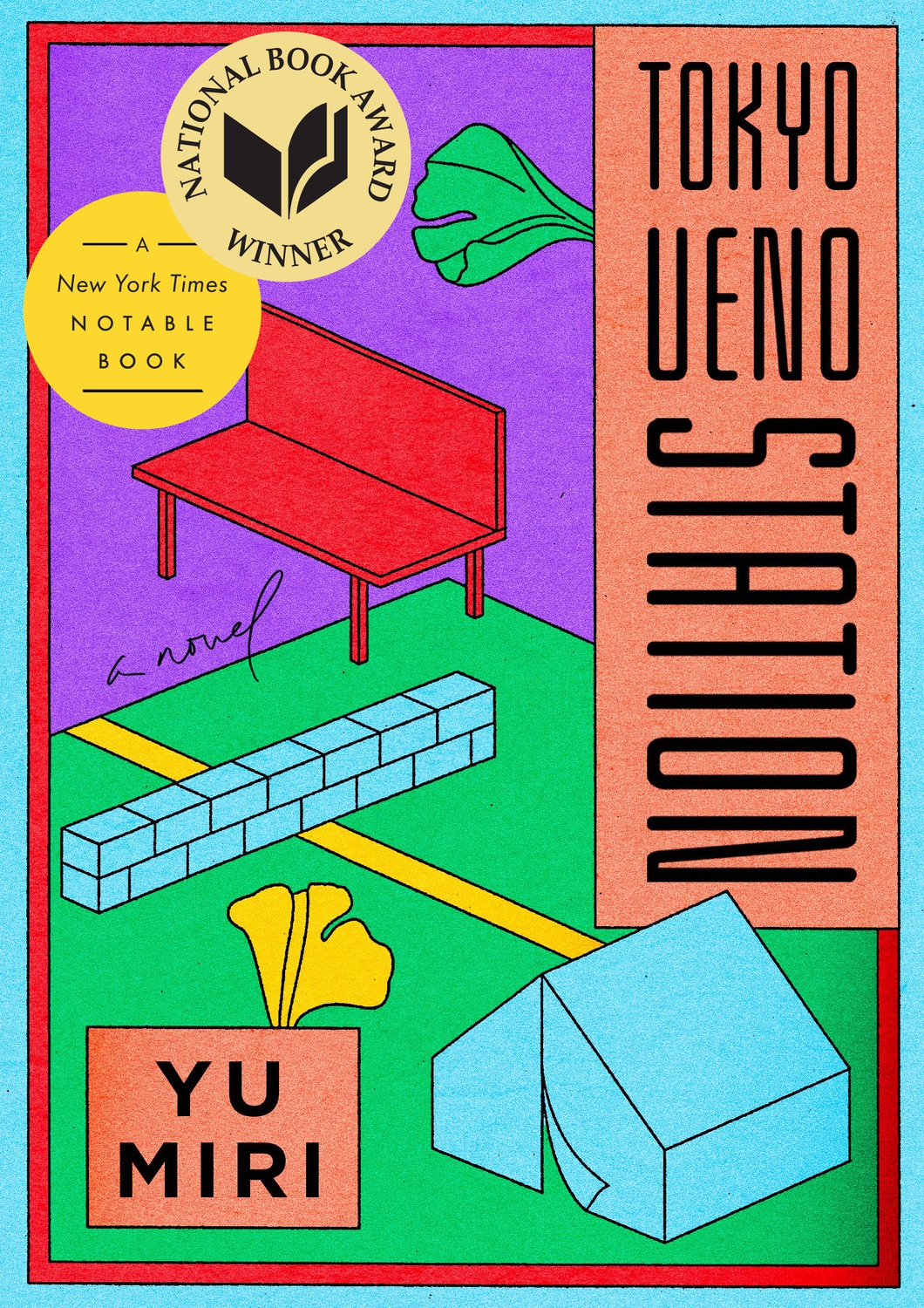 Only halfway through the text is it confirmed that Kazu, the protagonist of Yu Miri’s novel “Tokyo Ueno Station,” is, indeed, dead.

In most books, the delay of such a major plot point would be a significant drawback. After all, isn’t it a failure on the author’s part if vital information about her central character is conveyed so late? The delayed revelation, however, exemplifies the subversive power of Yu’s text. If anything, Yu is devastatingly patient. Instead of relying on immediate impact, she bears witness to the minutiae of the mundane, drawing from ordinary moments to illuminate the dizzying panorama of life. Hers is a literary style that pays homage to her protagonist Kazu — dispossessed, lonely, and brimming with longing and quiet intelligence.

“Listen. To speak is to stumble, to hesitate, to detour and hit dead ends. To listen is straightforward. You can always just listen,” notes Kazu as he surveys the passersby at Ueno Station where he, along with many other homeless individuals, reside. This condition of hyper-sensitive listening defines Kazu’s character — ghostly and wistful, he haunts the metropolitan fixtures of Ueno steeped in history. Yu’s ghostly depiction of Kazu, however, holds a shrewd double meaning. Though Kazu can be read as a literal ghost, his spectral status serves as an allegory of society’s dispossession of and aversion to the homeless. “To be homeless,” Kazu reflects, “is to be ignored when people walk past while still being in full view of everything.” His observation echoes his experience — one of figurative invisibility.

In most novels, time moves in a single direction: forward. In Yu’s novel, however, time functions not as a line but as a sphere. Kazu’s narration takes the form of a disciplined stream of consciousness that is at once chaotic and uneasily lucid. The temporal fluidity of Yu’s prose lends itself to moments of stunning emotional resonance. Random encounters trigger Kazu’s memories: an exhibition of roses evokes the memory of his childhood home, the scent of perfume reminds him of a hostess friend, the name of the emperor’s child reminds him of his dead son. “And as I retreated into the future,” Kazu philosophizes as he reflects on the aimlessness of his life, “the only thing I could ever see was the past.” Kazu lives — swims — in memory. Memory alone lends shape and vibrancy to his life, as everyone he cares about is no longer alive.

Though the novel’s narration is organized around moments of profound loss, Yu is not one to indulge in melancholy. In fact, the remarkable stoicism with which Kazu recounts intense grief makes his loss all the more devastating. Toward the beginning of the text, Kazu recounts the sudden news of his only son Kōichi’s death. After the death, Kazu and his wife Setsuko visit their late son’s apartment. He states matter-of-factly, “Setsuko and I went to the apartment where Kōichi had lived for three years and stayed there. We lay on the futon, where he had died, until the morning.” Later, he reminisces on his interactions with a hostess named Junko. When he turns sixty, Kazu decides to return to his hometown and greets Junko one last time before his departure. He notes, “Sadness welled up in my throat, but I didn’t cry. I pulled her pale arm from the bouquet and shook her hand, and her arm moved lifelessly. And with that I never saw Junko again.” Kazu’s impassive exterior belies his desperation for companionship and connection.

Though Kazu is the novel’s undeniable protagonist, Ueno Station itself functions as both a backdrop and Yu’s most enigmatic “character.” At once historic and modern, immobile and rapidly changing, the station serves to welcome Kazu into its haven and, at other times, throw his dispossession into sharp relief. When the emperor and empress of Japan visit the Station, passersby crowd around as Kazu stands toward the margin of the crowd, overwhelmed by a mixture of awe and chagrin. He marvels at the emperor, who had “never known struggle, envy, or aimlessness, one that had lived the same seventy-three years as I had — we were both born in 1933.” During this encounter, Ueno Station expands into a microcosm of class. The monarchs becomes a fascinating foil to Kazu who, though the same age, has endured a life antithetical to that of the emperor.

It is ironic that, despite leading a life marred by loss, Kazu revels in moments of redemptive beauty. Yu’s is a story about a man who has lost everything — where to go from there? Why continue living, when everything that matters has departed permanently from one’s life?

Perhaps Yu’s most powerful and ambitious idea is that nothing truly disappears. As Kazu, dizzy with grief, stands at the edge of the Station, a montage of vivid memories flashes before his eyes. “Each moment is brilliant and charged with shadow,” he describes. “I felt not that I was watching the landscape but that I was being watched by it. Seen by each of the daffodils, dandelions, the butterbur flowers, the spring starflowers—.” Even in a climatic moment of loss, Kazu leans on the exceptional beauty of ordinary things. Mired in anguish, he admires the flowers, the quiet pulse of the city that has at once embraced and disowned him. It is this painful yet stunning duality that solidifies Yu’s presence as a towering voice in modern fiction.