Harvard Forward is Trying to Change the Board of Overseers. Here’s Who They’re Endorsing. 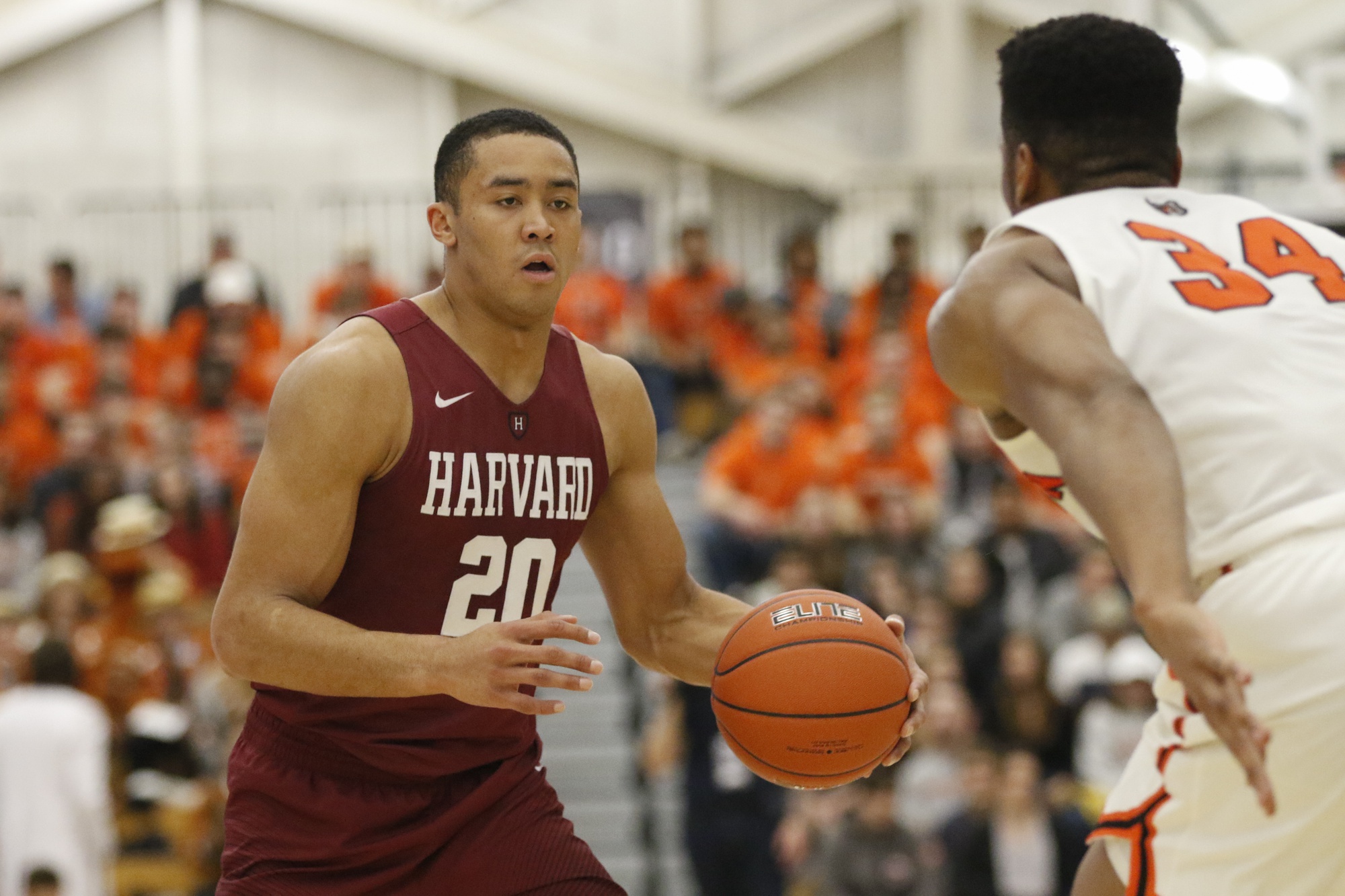 Chris Lewis blocked the first attempt. The second did not even reach the rim. But just when it seemed like Harvard might have improbably salvaged a weekend split, Princeton center Richmond Aririguzoh drew a foul on his third try and then sunk two free throws with 3.9 seconds left, giving Princeton a lead and allowing the Tigers to escape Jadwin Gymnasium with a 70-69 win over the Crimson on Saturday evening.

Aririguzoh, a 64% free throw shooter on the season, had missed his first three freebies on Saturday night. But he made the two that counted most, rescuing a Princeton (9-8, 4-0 Ivy) team that nearly salted away a lead that had been stretched to 11 with 3:35 left to play.

A night after nearly pulling off a massive comeback at Penn, Harvard (13-6, 2-2) came up just short again, losing a second straight nail biter. After fighting back from a 16-point first half deficit to take a brief lead in the second half, the Crimson was forced to climb another steep hill late in the game. But as has so often been the case with this Harvard team, the Crimson clawed its way back. Two timeouts bookended a quick 7-0 Harvard burst capped by a contested three pointer by Danilo Djuricic that cut the lead to four.

The Tigers then relinquished the remainder of their lead thanks in large part to three missed free throws — including two by point guard Jaelin Llewellyn on the front ends of one-and-ones — on three possessions. On the other end, a tough fadeaway jumper by Christian Juzang cut the Princeton lead to one with less than a minute left. Then a hand-check foul on a Noah Kirkwood drive sent the Crimson’s top scorer on the night to the line with the chance to give Harvard a 69-68 lead with 15 seconds left. Kirkwood delivered two gutsy free throws, punctuating a 13-1 run. But the lead proved to be short-lived.

Like the tail end of the game, the first half was characterized by massive runs by both teams. Princeton, with the help of some early hot shooting, jumped out to a 31-15 lead thanks to an extended 16-2 run. The Tigers hit 11 of their first 14 shots, including a 5-for-5 start from beyond the arc, before slumping badly in the last 11:25 of the first half to the tune of 2-of-16 shooting and five points, allowing Harvard to cut the 16-point lead to four at halftime.

But Princeton’s shooting slump did not last. The Tigers got hot again in the second half and shot 13-of-23 from beyond the arc overall, with role players doing the majority of the damage. Ethan Wright, Jerome Desrosiers, and Jose Morales, three players who combine to average 12.7 points per game, hit nine of their 10 total three point attempts.

“That was definitely our emphasis coming into the game, just to keep them off the three point line,” Kirkwood said. “They really do move well without the ball. I think when they feed it into Aririguzoh, the defense sometimes locks in on him and then they relocate and we’re just late on closeouts. So I think it’s just a matter of staying more disciplined but they’re a good team and they made shots.”

Wright led Princeton with 15 points and Desrosiers and Ryan Schwieger added 11 apiece. The Tigers had a balanced attack, with seven of their eight players scoring at least six points. They went cold again down the stretch and were held without a field goal in the game’s last 6:42, but the damage had been done.

Harvard was much more efficient offensively than it had been on Friday night, shooting 48% from the field and 39% from three point range. Kirkwood keyed the offensive turnaround. The sophomore guard is clearly emerging as the team’s go-to perimeter option for a Crimson team still without leading scorer Bryce Aiken, who remains out indefinitely with a sprained foot. And he followed up a down game against Penn — albeit one in which he hit a difficult shot with a second left to send that game to overtime — by scoring an uber-efficient 21 points and notching a +14 point differential in his 31 minutes.

“We believe in [Kirkwood],” Amaker said. “We’re going to keep living with him. We know he’s our best playmaker and made some big free throws there which is amazing. It’s tough to do that and he did it.”

Lewis added 12 points and five rebounds, and Justin Bassey chipped in an impactful six points, eight rebounds, and four assists. The versatile senior forward from Denver kept Harvard in the game at a time when not much was going right for the Crimson. For a 7:40 stretch early in the second half immediately after Harvard took its first lead, three Bassey buckets were responsible for the Crimson’s only six points as Harvard went back down by 10 points, indicative of the up-and-down nature of the game.

The Crimson, which entered this weekend on an eight-game winning streak, will have to quickly regroup. Harvard’s tough run of games continues next weekend with a showdown with league-leading Yale (16-4, 4-0) in New Haven before it concludes a second straight road weekend at Brown next Saturday, a game which could also have huge Ivy League tournament implications.

“We like to say regroup and respond,” Amaker said. “We’re on the road for two more. And we’ve battled our tails off in both of these games but we can’t get on the road and get down like we have. We’ll have to do a better job of not having the big deficits that we’ve encountered the last two nights.”