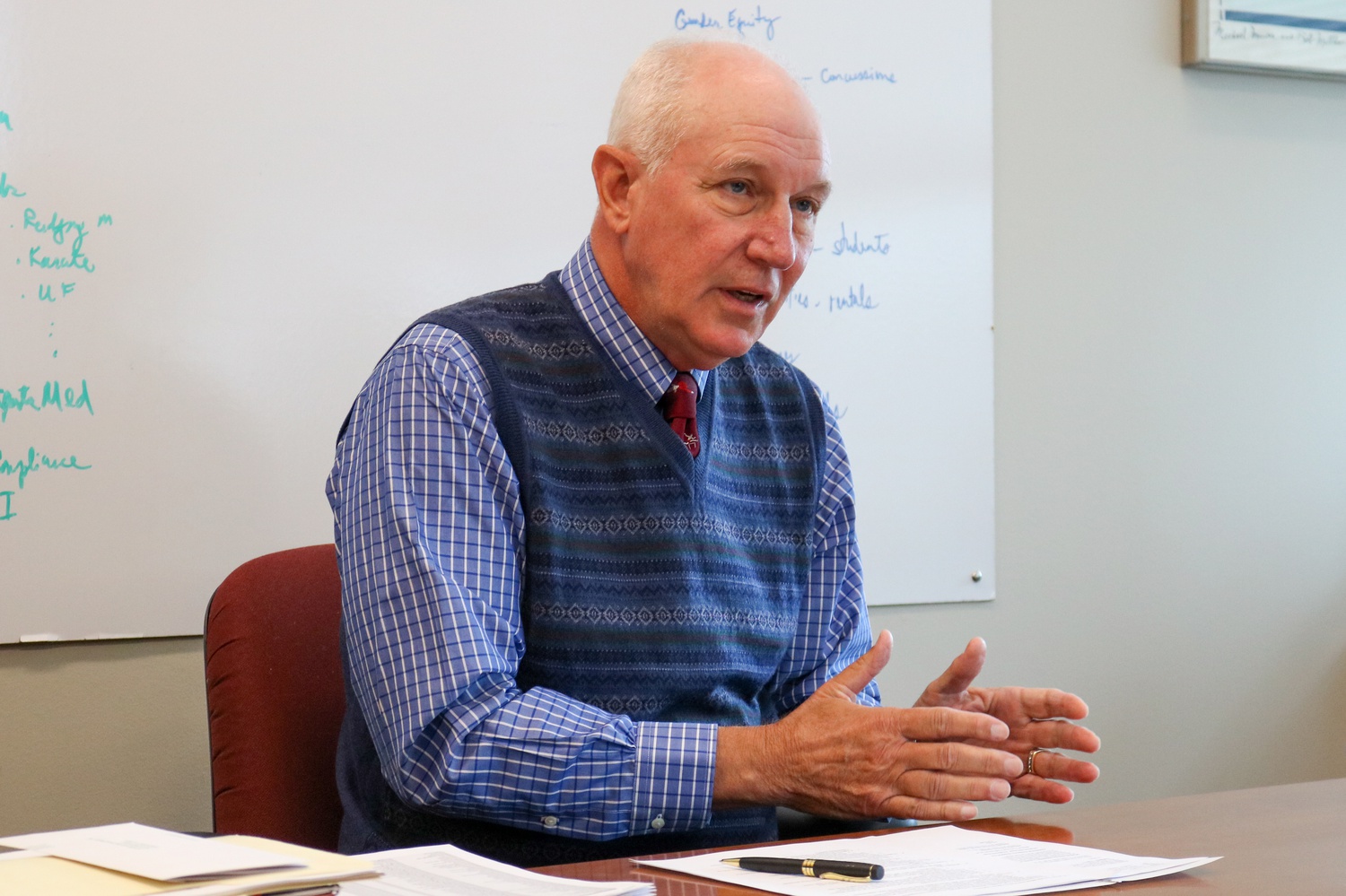 Harvard Athletics Director Robert L. Scalise said in a Tuesday interview that it is “healthy” that roughly one in four Harvard student-athletes drops their sport during their time at Harvard.

Last week, an analysis by The Crimson found 27 percent of the current senior class who has played on a varsity sports team at Harvard quit their sport by their senior year. Nine former student-athletes in the Class of 2020 cited academic and extracurricular interests, injuries, and mental health concerns as the main reasons behind their decisions to step away from athletics.

Scalise said on Tuesday that his department is not concerned by the estimated one-in-four attrition rate.

Scalise noted that sports are a component of a student-athletes’ educational experience and compared athletes’ decision to stop playing their sport to students’ decision to change their concentration.

“Athletes and all students come here to develop,” Scalise said. “And it’s like what people do when they write what major they’ll major in or the concentration they’re interested in. You come in here with a certain set of ideas of what you want to do, and then over time you grow and develop and sometimes you grow deeper in that area.”

“Sometimes you grow away from that area and you experience other things,” he added.

Scalise said he thinks an athlete’s decision to step away from their sport shows they have developed newfound interests.

“For me it’s actually a pretty healthy number to have 25 percent because it means that there are some students who have chosen to do other things, they got excited about something else that they did, or they said the time I’m putting into this activity could — it would be better for me to spend it elsewhere,” he said.

Though Scalise said members of his department interview and survey graduating athletes each year to gather feedback on their time at Harvard, he maintained that Athletics is not interested in pursuing ways to increase athlete retention.

“There’s nothing that we’re doing to increase that number in any way shape or form,” he said.

Still, Scalise said he monitors and reviews teams that experience inordinate rates of attrition. Men’s soccer and women’s lightweight crew both experienced attrition rates of at least fifty percent among members of the Class of 2020, according to The Crimson’s analysis.

“There’s certain instances where when there’s a lot of turnover on a specific team that causes us to say I wonder what’s going on here,” he said. “And you try to investigate and see what’s the root cause of this particular team having that experience.”