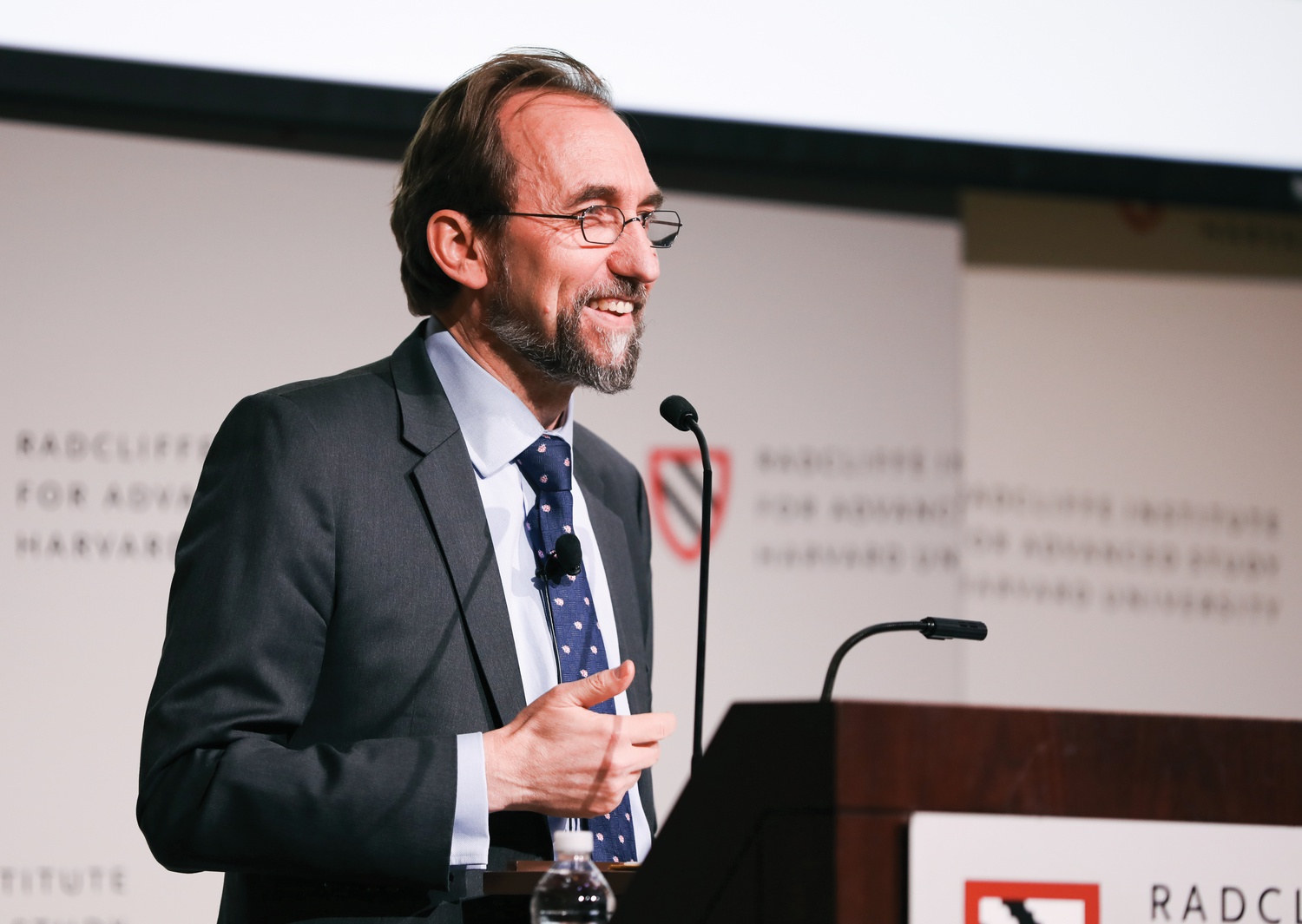 University of Pennsylvania professor Zeid Ra’ad Al Hussein, who served as the United Nations high commissioner for human rights from 2014 to 2018, discussed the global geopolitical environment at the Radcliffe Institute Thursday evening.

Invited to deliver the Kim and Judy Davis Dean’s Lecture in the Social Sciences, Al Hussein drew upon his own experiences working as a diplomat and human rights official to discuss both the challenges and outlook of human rights.

He opened the lecture by discussing what he sees as the nature of the “new” geopolitical order to a packed audience at Radcliffe’s Knafel Center.

“Our balance of power, by its nature, can only be momentary on any extended timescale,” Al Hussein said.

“In over simplistic terms, the U.S. is still the number one dog in the neighborhood, with strong legs and a mighty bite. It’s in trouble, though,” he added.

Al Hussein continued the discussion by attempting to clear public misconceptions and confusion surrounding the field of human rights.

“For most people, human rights exist as some sort of moral Post-It note, or a feel-good, almost decorative annex to the human experience,” he said.

“Human rights are not pretty, nor are they weak. They’re not soft power, or marginal, and they are not ethics or values either,” he continued. “They are a set of interlocking treaties, nine of them, codifying all manner of rights.”

He said he believes China’s actions towards its Uighur population currently pose the greatest defiance of the human rights treaties across the globe. International rights groups say that the Uighurs, a Muslim minority group living in Western China, have faced detention and surveillance at the hands of the Chinese government — allegations that the government has repeatedly denied.

“China leads the pack, unquestionably so. The manner by which it has forced into camps a very large number of Uighurs… it is virtually unique in the world,” Al Hussein said.

Additionally, Al Hussein said that, now and during his tenure at the United Nations, one of the largest threats to the future of human rights was China attempting to cut funding for human rights programs.

“At the international level, [China is] also trying to subvert the operations of the human rights itinerary by attacking, through the U.N. budget committee, the various posts allocated to human rights,” he said.

Harvard School of Public Health student Heather Kitt said she found Al Hussein’s lecture insightful, adding that she was especially compelled when Al Hussein discussed the detainment and separation of children on the U.S.-Mexico border later in the talk.

“That bravery to not shy away from the bigger dogs in the neighborhood and really call out injustices as injustices wherever he sees them is always quite inspiring,” she said.

Amber Gautam, another student at the School of Public Health, said she appreciated Al Hussein’s analysis of the paradox presented by human rights workers who exploit local populations while working in the field.

“He had a lot of insight to give about specifically handling sexual assault and in the context of humanitarian work,” she said. “That was something I really found powerful as someone who is really bringing awareness to that narrative and actively doing something to address it.”