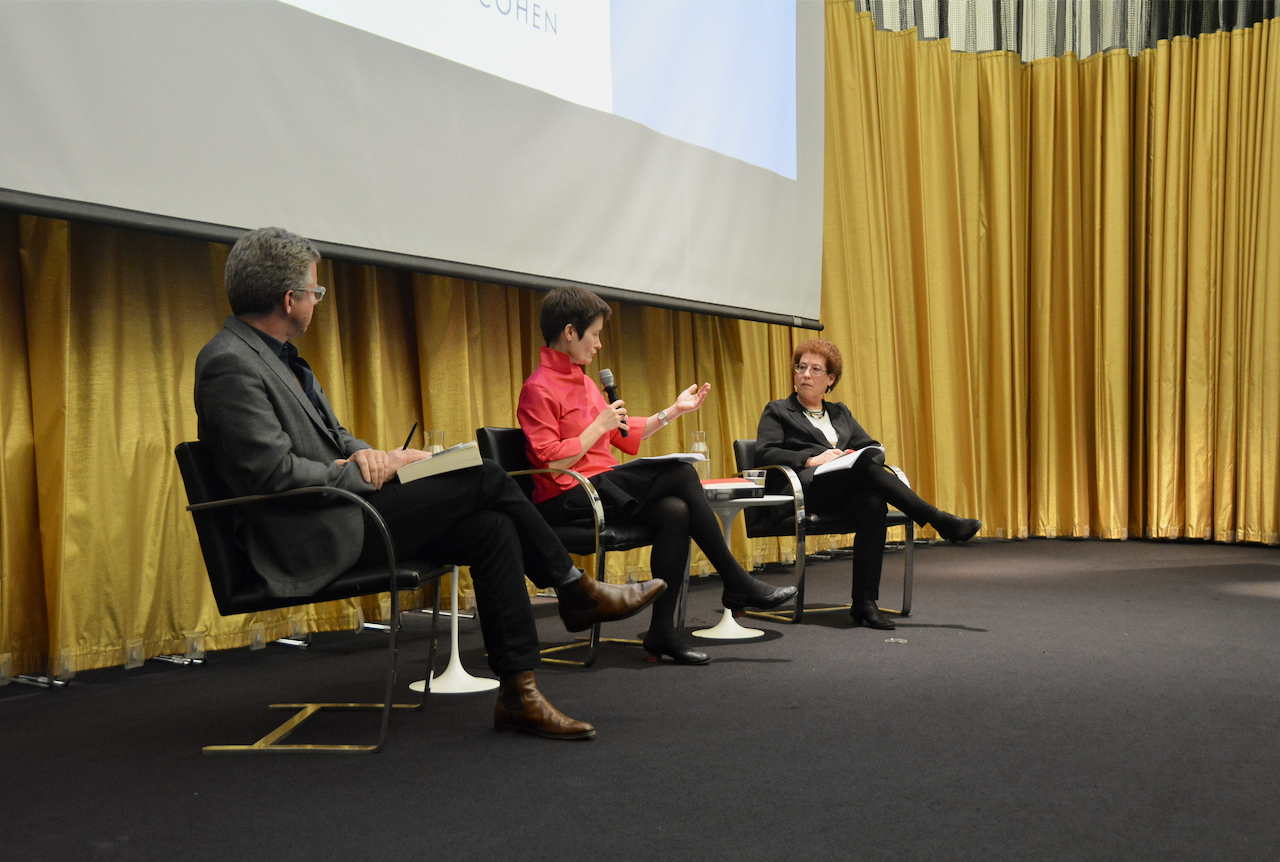 Former U.S. Secretary of Housing and Urban Development Shaun L. Donovan ’87 and former Dean of the Radcliffe Institute for Advanced Study Lizabeth Cohen discussed past and present issues of urban renewal at a talk at the Graduate School of Design Thursday evening.

Cohen, a History professor, opened the event with a brief overview of her latest book, entitled “Saving America’s Cities: Ed Logue and the Struggle to Renew Urban America in the Suburban Age.” Edward J. Logue — the subject of her book — was an urban developer who carried out renewal programs combating municipal decay in New Haven, Conn., Boston, Mass., and New York. Cohen framed Logue’s career as a “drama in five acts.”

Cohen and Donovan delved into various lessons from Logue’s life and work on urban renewal, such the difficulties in catering to both the perspectives of outside expertise and voices from within affected communities.

“Logue long struggled over balancing the public planners’ expertise with the role that residents must play in decisions that affect their own neighborhoods,” Cohen said. “Finding that balance, still, I think, proves a challenge today.”

Though he acknowledged the necessity of community input, Donovan — who recently announced his bid for mayor of New York City — cautioned against excessive opposition to expertise.

“We are witnessing a kind of death of expertise in our federal government in this moment, and I think it’s a cautionary tale that when we do react against expertise in too extreme a way, that we end up with something that none of us should want,” Donovan said. “Having said that, I think one of the great lessons of the book is that while expertise is important, it’s fundamental to ask, ‘whose interest is it serving?’”

Prior to opening up the talk to audience questions, moderator Sarah M. Whiting — the Dean of the Graduate School of Design — asked Donovan and Cohen about how cities should adapt to the effects of climate change.

In response, Donovan said people tend to underestimate how small measures and considerations in city planning — such as building more porous sidewalks and planting trees — can yield positive impacts on the environment over time.

“We tend to undersell the power of changing rules, doing the simple things that add up over time,” Donovan said. “I always like to say, if you're really going to make a city more resilient to climate change, every single person that works in that city has to think about resilience.”

Hundreds of attendees packed into the Piper Auditorium in Gund Hall for the event. Some sat on the floor and event organizers added chairs to accommodate the crowd.

Zhanina L. Boyadzhieva, an architectural designer, said her interest in inequalities within cities and housing policy drew her to the event.

“I think it’s wonderful to see a shift in the focus to make sure there is a kind of underlining the importance of policies and how architecture — or any kind of design thinking — can be implemented,” Boyadzhieva said.