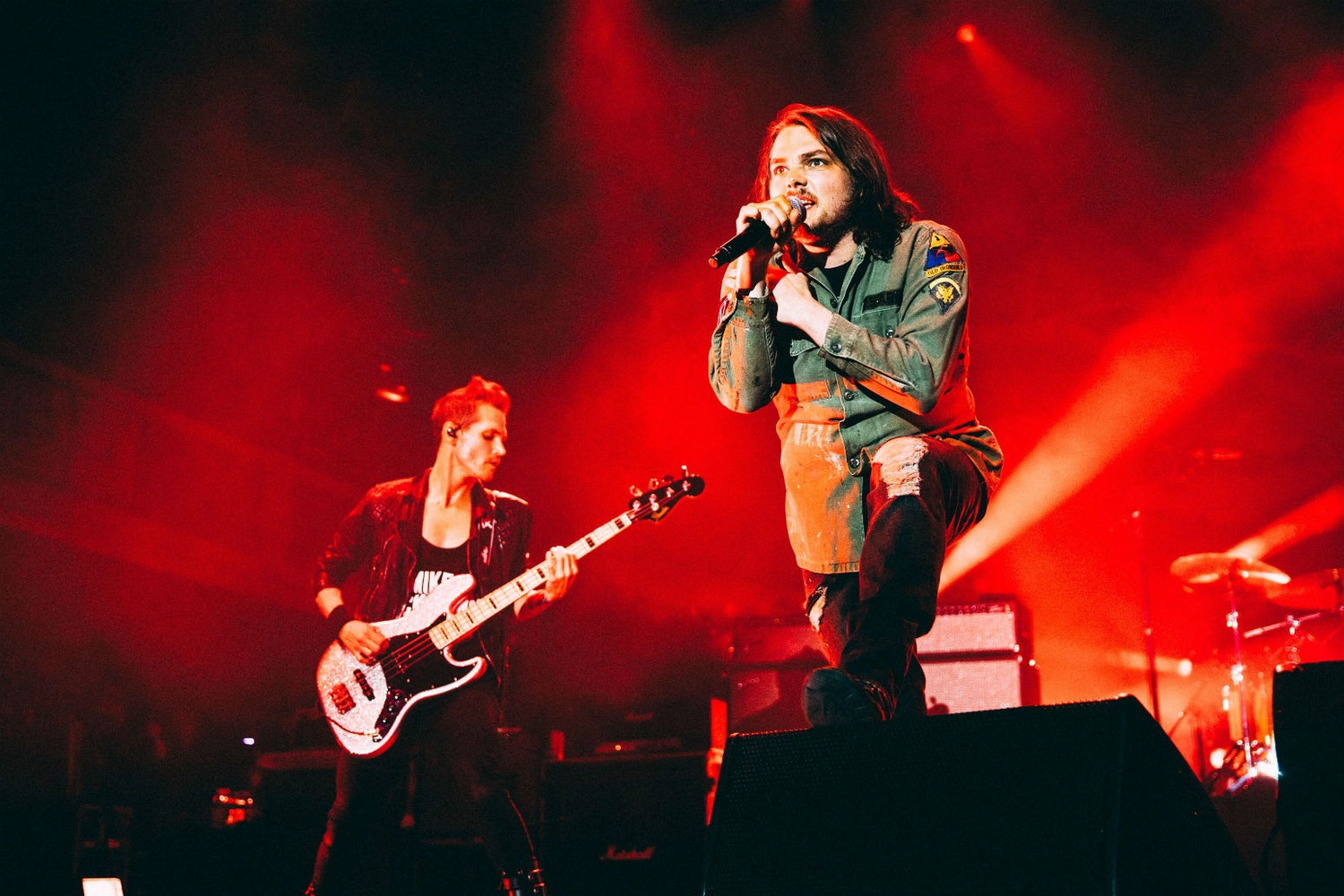 My Chemical Romance perform together for the first time since 2012. By Courtesy of Pooneh Ghana / Billboard
By Clara V. Nguyen, Crimson Staff Writer

Facebook, Twitter, and My Chemical Romance have one thing in common: They all got their big break in 2006. The resemblance stops there, though. While the years — no, decades — to come will surely see the ascendancy of plenty more apps with minimalist logos in various shades of blue, will they ever witness the singular cultural phenomenon of MCR’s rock opera “The Black Parade”? Will any artist ever manage to replicate the unlikely but timeless appeal of five men in marching band uniforms singing about death?

Obviously not. It’s no wonder, then, that the band’s 2013 breakup devastated fans — many of whom, doubtless, shelved their industrial quantities of black eyeliner and left “The Black Parade” for dead. But the most faithful held out hope, waiting patiently for their heroes’ inevitable return.

Of course it was inevitable. Who would expect any less from a band that named their farewell compilation album “May Death Never Stop You”? True to their word, MCR announced their first U.S. tour in over nine years on Jan. 29. Frontman Gerard Way and his bandmates are back from the barren grave of their seven-year hiatus, and they’re here to stay — at least until Oct. 11, the tour’s last stop in Las Vegas.

Tickets went on sale to the general public on Jan. 31 at noon. As you watch them trickle into the hands (claws? pincers?) of lightning-fast resale robots, enjoy this selection of tunes from the album that redefined glam-rock glory: “The Black Parade.”

Set to the ominously slowing beat of a heart rate monitor, the opener to “The Black Parade” establishes the album’s macabre tone by packing enough chilling existentialism to rival the best of Sartre.

“Welcome to the Black Parade”

Featuring the haunting piano intro that stole the hearts of music critics, Tumblr girls, and just about everyone in between, this ambitious rock anthem encompasses all of the album’s surreal, morbid allure in five unforgettable minutes.

Relentlessly cynical and melancholy, this track destroys just about every romance trope in the book, making it instantly relatable to anyone whose love life is less than perfect.

This piano ballad is nothing short of a lyrical masterpiece, heartbreaking in its stark fragility. When Gerard Way sings the line “’Cause the hardest part of this is leaving you,” an ordinary V-I cadence transforms into a moment of extraordinary tenderness and catharsis.

In the face of track after track about death and dying, the album’s conclusion is a forceful affirmation of life and resilience. Take the first lines of the chorus as proof: “I am not afraid to keep on living / I am not afraid to walk this world alone.”

— Staff Writer Clara V. Nguyen can be reached at clara.nguyen@thecrimson.com