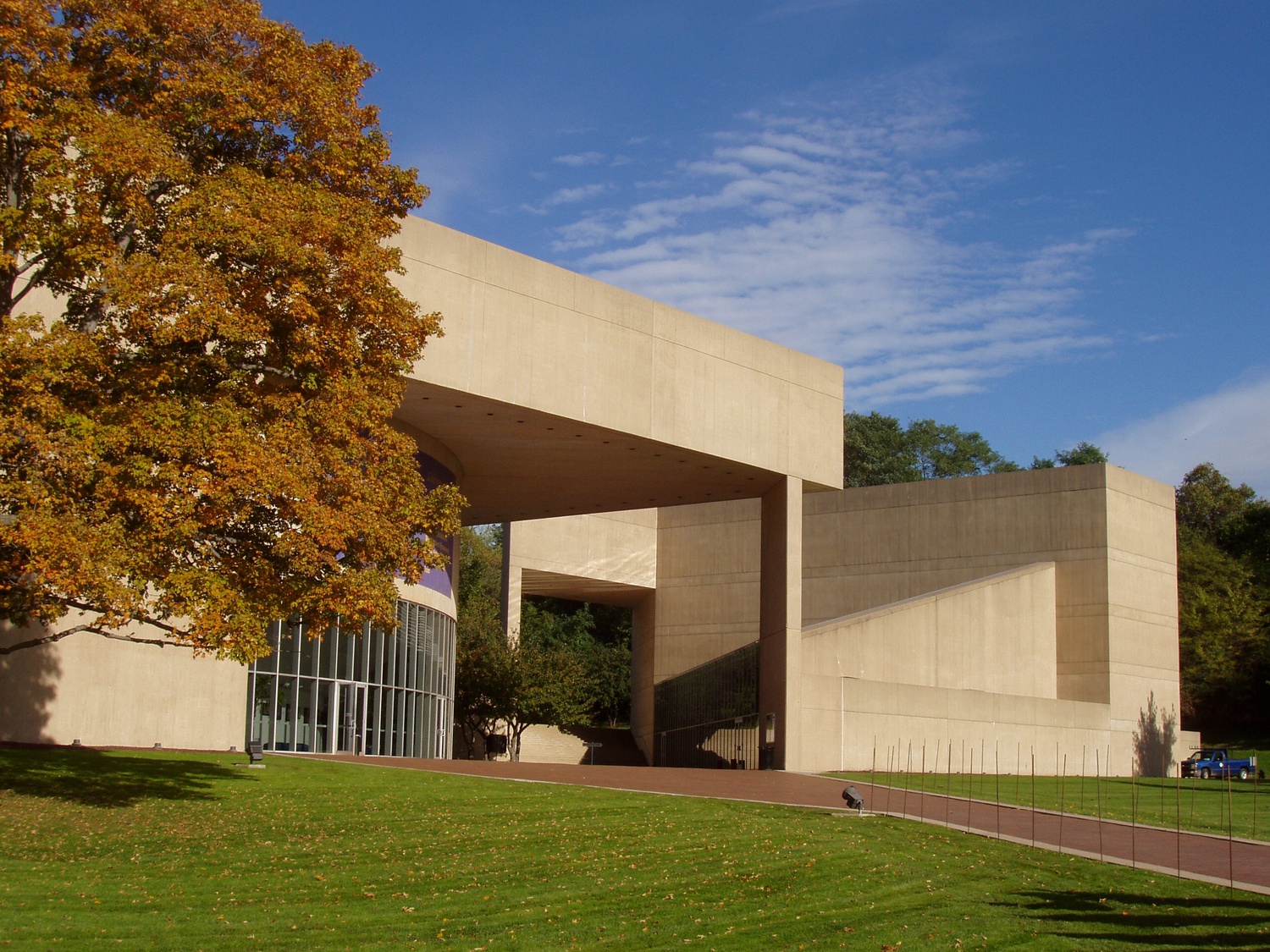 Look around Boston, the United States, or much of the world and there’s a good chance you’ll see one of Ieoh Ming (I.M.) Pei’s postcard-worthy architectural creations. Bold and brilliant, embedded into a mountain or rising to define a skyline, Pei’s versatile modernist structures at once inspire both awe and controversy.

Pei, who passed away at 102 last year, had a cosmopolitan and international upbringing that informed his career as an artist. Born in Guangzhou, he lived in Hong Kong and Shanghai before coming to MIT and Harvard to study architecture. He later volunteered for the WWII war effort and joined the National Defense Research Committee, where he became a bomb expert. In 1955, Pei started his own firm, I.M. Pei & Associates. In 1967, he completed one of his earliest masterworks, the National Center for Atmospheric Research Mesa Laboratory in Boulder, Colorado. The building, with its red-brown color matching the mountains behind it, seems to rise spontaneously out of the cliffs themselves. The sharp lines and geometric towers create a vision that’s both unmistakably Pei’s own and perfectly complementary to its surroundings –– a harbinger of what was to come from the young architect.

In the late 1970s, Pei completed two major museum projects: monuments to a cherished American institution and to a beloved American figure. First came the East Building of the National Gallery of Art in Washington (opened in 1978), where large geometric towers and light-catching angular shapes flow seamlessly into one another. Like the Mesa Laboratory, Pei’s creation catches the eye while still sitting in consonance with the more traditional West Building and the surrounding National Mall.

The following year saw the completion of the John F. Kennedy Presidential Library and Museum. Overlooking the Boston skyline and the surrounding bay, Pei’s structure rises with a bold, bright face –– a sharp tower surrounded by smooth, cylindrical shapes. Within an enormous and sunlit pavilion, a massive American flag looks to the horizon beyond. Pei himself described this homage to Kennedy best: “In the skyline of his city, in the distant horizons toward which he led us, in the canopy of space into which he launched us, visitors may experience revived hope and promise for the future.”

It wasn’t until the 1980s, however, that Pei unveiled his most famous and controversial creation: the Louvre pyramid. This glass structure rises from the literal center of one of France’s most treasured cultural landmarks, a grand palace for the world’s most famous art collection. Just like the Mesa Laboratory or the NGA’s East Building, the pyramid is a striking yet harmonious presence. As transparent as the glass with which it was made, the pyramid is not a destructive addition. Rather, its simple, singular design fits neatly with the elegant symmetry of the palace that surrounds it.

While the Louvre pyramid represented his most visible creation, Pei –– by then a Pritzker Prize winner and soon-to-be Presidential Medal of Freedom recipient –– remained hard at work on a number of pieces that underscored his versatility. The Rock & Roll Hall of Fame (1995) is a band of shapes and structures, coming together both smoothly and sharply on the edge of Lake Erie. Pei also returned to his Chinese roots, designing the Fragrant Hill Hotel near Beijing (1983), the Bank of China Tower in Hong Kong (1989), and the Suzhou Museum (2006). The Bank of China Tower projects a distinctively modern image onto the Hong Kong skyline, with multiple sharp edges blending into one blade at the top. In contrast, the Fragrant Hill Hotel and the Suzhou Museum are both quite understated in their style — Pei’s modern, geometric trademark exists within a more traditional Chinese design.

At over 90 years old, Pei designed one of his last museums, the Museum of Islamic Art in Doha, Qatar (2008). Its stately and simple design evokes an Islamic fortress on an island. From afar, simple geometric blocks bend together, their faces basking in brilliant light or dark shade. Here, one of Pei’s final creations resembles the many that came before it. Understated yet unassumingly grand, the building is a bold but welcome complement to its surroundings. It is representative of the mode of thinking, creating, and living that defined Pei and his many contributions to our built environment.

–– Staff writer Alexander W. Tam can be reached at alexander.tam@thecrimson.com.