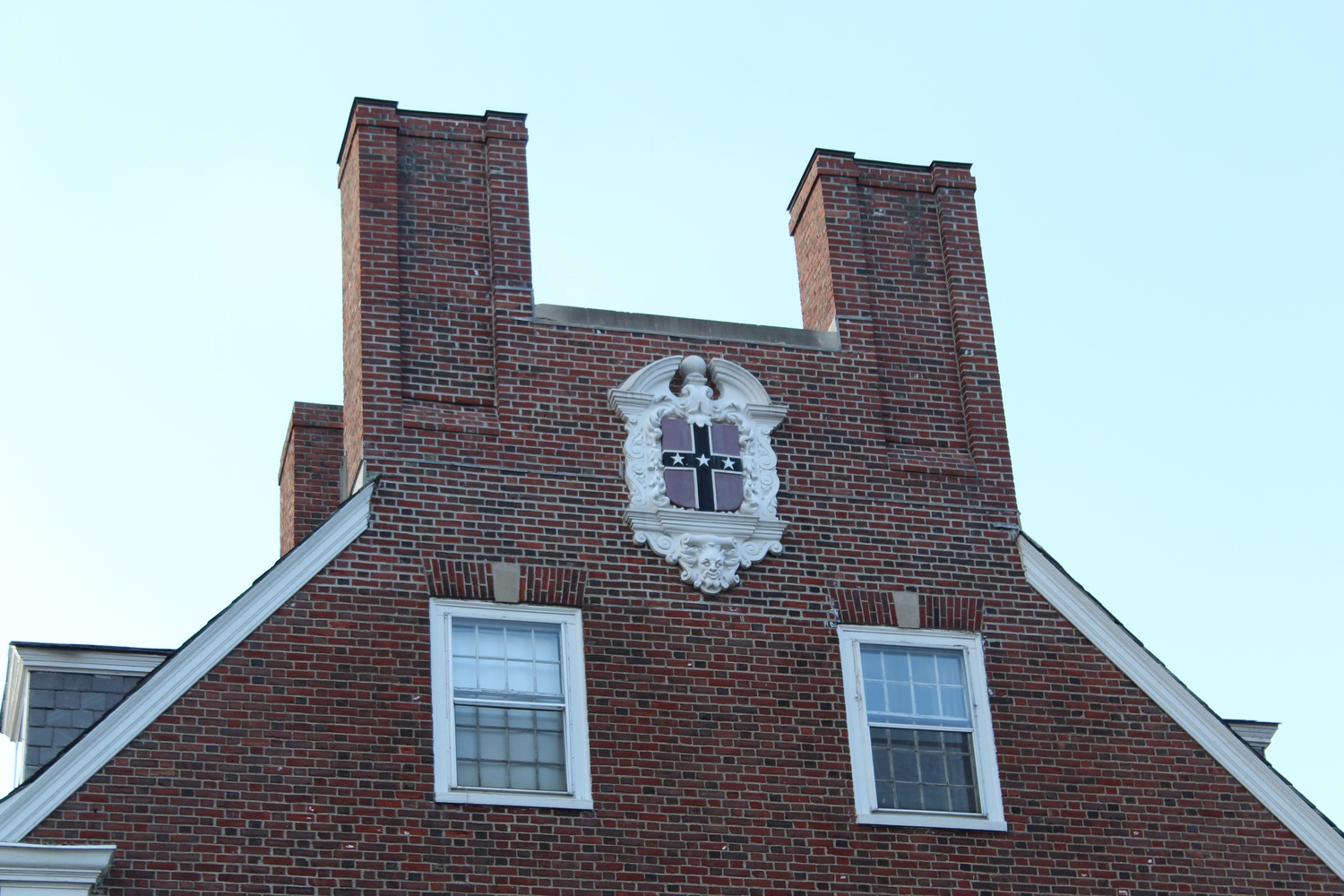 The Kirkland Shield, thought by students to resemble the Confederate Flag, will be officially changed. By Aiyana G. White
By Declan J. Knieriem and Amanda Y. Su, Crimson Staff Writers

An effort by Kirkland House to modify its shield hit a roadblock after the Harvard Trademark Program denied the House’s initial design proposal.

Kirkland Faculty Deans Faculty Deans Verena A. and Tom C. Conley informed residents in an email last week that the trademark office recently determined the new design — three stars arranged in an inverted triangle position on a black and crimson background — was registered to someone else last year.

“We have to run it through the Trademark Office again before we can start using the shield in any shape or form,” they wrote.

The snag in the new shield’s approval process comes after a years-long redesign effort. The current shield — a cross adorned with three stars — has sparked controversy because of complaints that it resembles the flag of the Confederate States of America.

In February, Kirkland House representatives presented the initial proposal to redesign the flag a meeting of the Committee on Student Life. Soon after, the House received preliminary approval from Dean of the College Rakesh Khurana pending a review by the trademark office.

University spokesperson Jason A. Newton wrote in an email that the University’s trademark office discovered the proposed design would possibly violate a registered trademark.

“The Trademark Program ordered a trademark design search and the results uncovered that the proposed Kirkland House shield design would have potentially infringed on an existing trademark registration,” he wrote. “Consequently, the Trademark Program recommended that another shield be designed.”

After the denial of the new design, Kirkland affiliates voted last week between two alternative designs. One featured the same shield but with three stars across the middle, while the other featured a crimson shield with a black bar bordered by white stripes, as well as three white stripes in the bar. House leaders have yet to announce the victor.

Kirkland House Committee Co-Chair Andrea J. Zhang ’22 said that while the setback was “a little disappointing,” she is happy that Kirkland is making progress in its redesign effort.

“The entire time I was very aware of the fact that just because there's so many issues that come up along the way,” Zhang said. “It's not too surprising for us to face bumps in the road, because the process has been happening for I believe four years. So it's not like at the first bump we faced we were like, ‘Oh, no. I'm shocked it didn't go through the first time.’”

Kirkland House Committee Co-Chair Maranda Ngue ’22 similarly said while the denial of the new design “slowed down” the process, she said the House’s continuing efforts have left her “optimistic.”

“Kirkland has been waiting for this for many years, and we've been working towards it. So the fact that we're finally getting a new shield is something that Kirkland is really excited about,” she said. “Even though we've hit a little bump on the road I know that in the end, Kirkland will be very happy with what we end up with.”