Harvard and Divestment Advocates Disagree Over How Much the University Puts Into Private Prisons. Here’s Why.

In Anticipation of Coronavirus Spread, University Takes Precautions and Plans to Respond 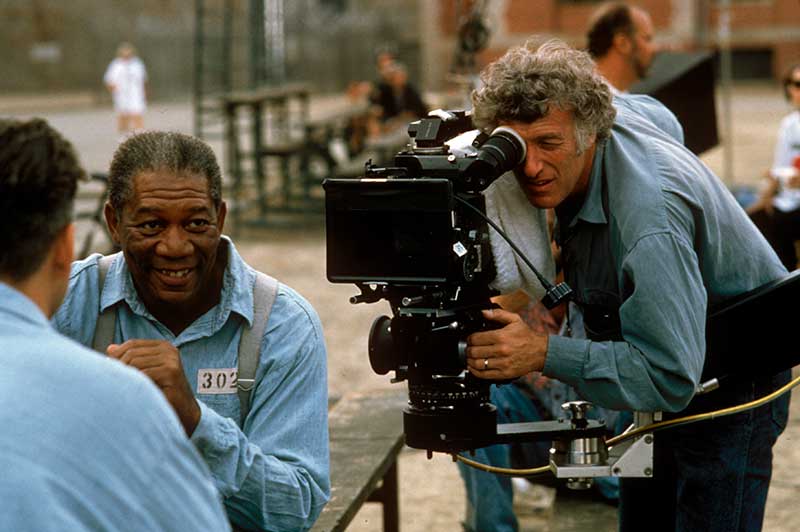 Netflix is like the ebb and flow of the ocean's tides — it gives and it takes. Every month the streaming platform loses some treasured titles, but gains some new ones, too. Here are movies worth looking out for on the service in March 2020.

"The Shawshank Redemption” (1994) - March 1
This classic stars Tim Robbins as Andy, a man sentenced to life in prison in 1949 for the murder of his wife and her lover, a crime he insists he did not commit. The film follows Andy’s experiences in Shawshank State Penitentiary and his unlikely friendship with Red, a fellow inmate, played by Morgan Freeman in one of his career-best performances. Andy endures abuse from inmates, engages in some criminal financial activities on behalf of a crooked warden, and witnesses the harrowing effect prison can have on the human psyche. “The Shawshank Redemption” is a riveting look at morality, friendship, and the meaning of justice — it’s a classic for a reason.

“Corpse Bride” (2005) - March 1
Tim Burton's “Corpse Bride” is a hidden gem among countless iconic collaborations between Burton and Johnny Depp. The animated film is a Victorian-era musical fantasy, following Victor Van Dort ( Depp), a young man arranged to be married to Victoria Everglot (Emily Watson). Before the wedding, Victor is dragged to the Land of the Dead by the titular Emily (Helena Bonham Carter), a mysterious but enchanting corpse bride who wants to marry Victor. “Corpse Bride” is as clever as it is macabre, and as innovative as it is endearing with charming stop-motion animation and quirky but lovable characters. Danny Elfman’s soundtrack is the perfect accompaniment to the gothic love story.

"Silver Linings Playbook" (2012) - March 16
“Silver Linings Playbook,” directed by David O. Russell, is the story of Pat Solotano (Bradley Cooper), a man with bipolar disorder intent on rekindling his relationship with his estranged wife (Brea Bee) after his release from a mental hospital. Enter Tiffany (Jennifer Lawrence), a young widow who connects with Pat over their shared struggles with mental illness. She’s willing to help him facilitate communication with his wife if he agrees to be her partner for an upcoming dance competition. What ensues is a quirky and realistic portrayal of the unlikely relationship between Pat and Tiffany, with sensitive, nuanced, and at times humorous performances from both Cooper and Lawrence. Lawrence’s Best Actress Oscar was well-deserved for her work in this deeply heartfelt and honest film.

“Space Jam” (1996) - March 1
For nostalgic purposes, stream the 1996 classic “Space Jam.” This live action family movie is the crossover between Looney Tunes and the NBA that the world never knew it needed. When evil aliens want to kidnap Bugs Bunny for an amusement park in space, the Looney Tunes gang challenges them to a basketball game to decide their fate. NBA legend Michael Jordan is the Looney Tunes’ only hope against the aliens’ team, which has the talent of Larry Bird and Charles Barklay on their side. This is a fun and lighthearted watch for millennials looking to reminisce on their childhood and appreciate the rare intersection between film and NBA legends. Make sure to stream this film in preparation for the long awaited sequel, “Space Jam 2” starring LeBron James, set to come out in 2021.

— Staff writer Jaden Thompson can be reached at jaden.thompson@thecrimson.com.