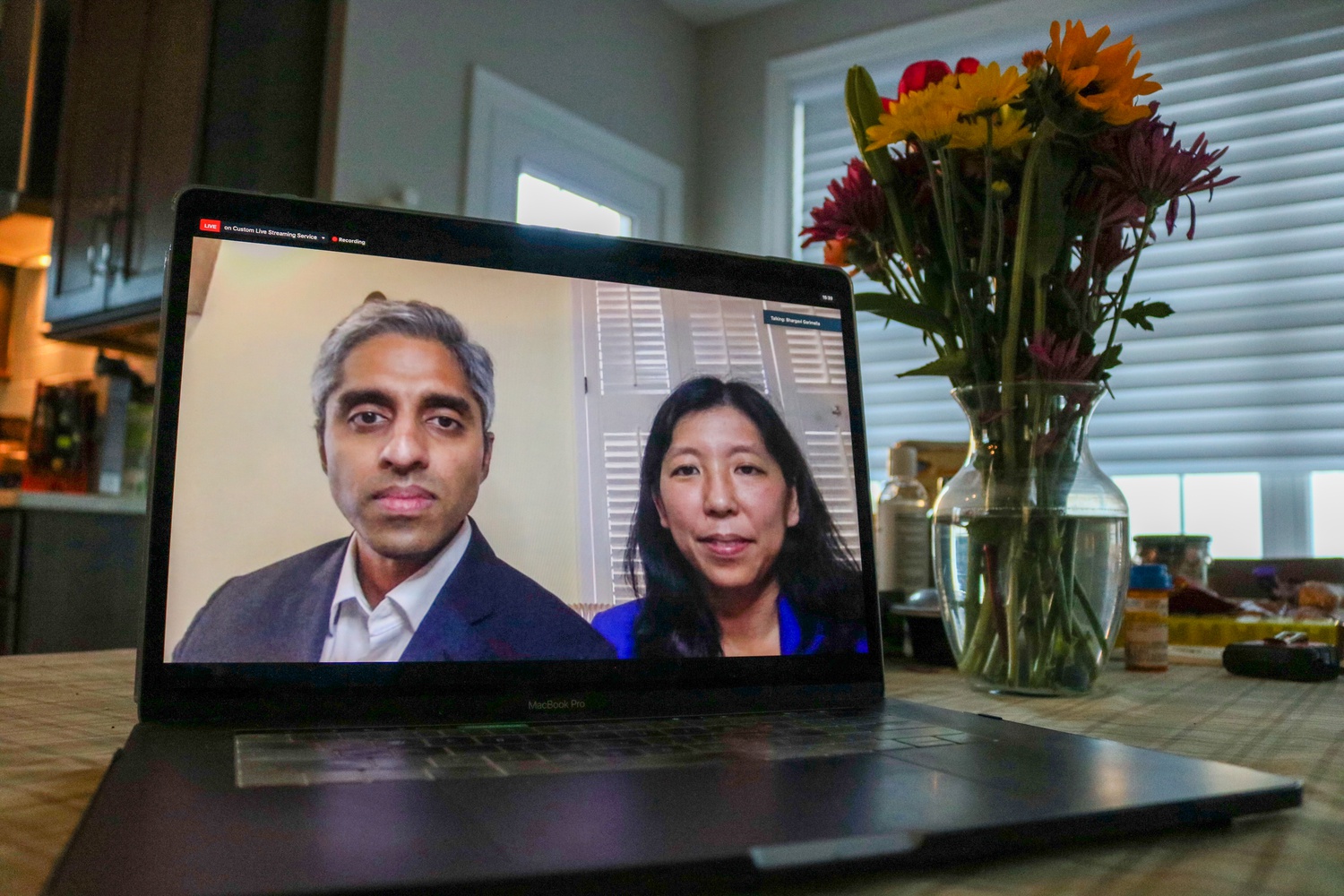 Former United States Surgeon General Vivek H. Murthy ’98 and former director of Doctors for America Alice Chen spoke to students about hope amid the coronavirus pandemic in a Tuesday webinar.

Murthy and Chen, who are married, were invited by South Asian Americans in Public Service, a Harvard College student organization. Both have previously spoken at SAAPS and Harvard Kennedy School events.

Aman A. Panjwani ’20, SAAPS co-founder and event co-organizer, said in an interview that he felt that there was a “lack of rhetoric” on hope and positivity during the outbreak, and that SAAPS sought to create an event to close that gap. As of March 29, there were 200 registered to attend the webinar, according to Panjwani.

In the webinar, Murthy and Chen took questions from student moderators and then opened the virtual floor to the audience.

Murthy predicts that even when the virus is under control, going back to normal “won’t be like flipping a switch.”

“It will be like a gradual phase-in,” he said. One such circumstance, he postulated, could be reopening of schools and workplaces but still banning large gatherings and concerts.

Both stressed the importance of self-care and mindfulness from home during the uncertainty of the developing pandemic.

“It’s so easy to be buried in an avalanche of everything that’s coming at you,” Murthy said. “Be easy on yourself.”

“No shame in Netflix!” Chen said, discussing ways to pass time at home.

Murthy urged others to conduct check-ins for oneself, family members, and neighbors for emotional support and bridge the loneliness that comes with social distancing. Especially for seniors with limited use of technology, check-ins from others can be especially impactful, even if it’s just “10 to 15 minutes a day.”

“One of the greatest gifts we can give somebody is the gift of our full attention,” Murthy said.

Chen added that these actions “seem small, but multiply them by thousands and millions, and we are stitching together a social network no policy can.”

Social distancing, Murthy argued, “is really a misnomer,” preferring to use the term “physical distancing” to signal continued social togetherness. The two instructed webinar participants to help by staying home but remaining connected with others.

Chen suggested buying gift cards from local businesses as a way to support them.

Beyond their recommendations, Murthy repeatedly called the current circumstances a chance for growth and deepened relationships.

“Every crisis we face is an opportunity to reassess our values and this is no different,” Murthy said.