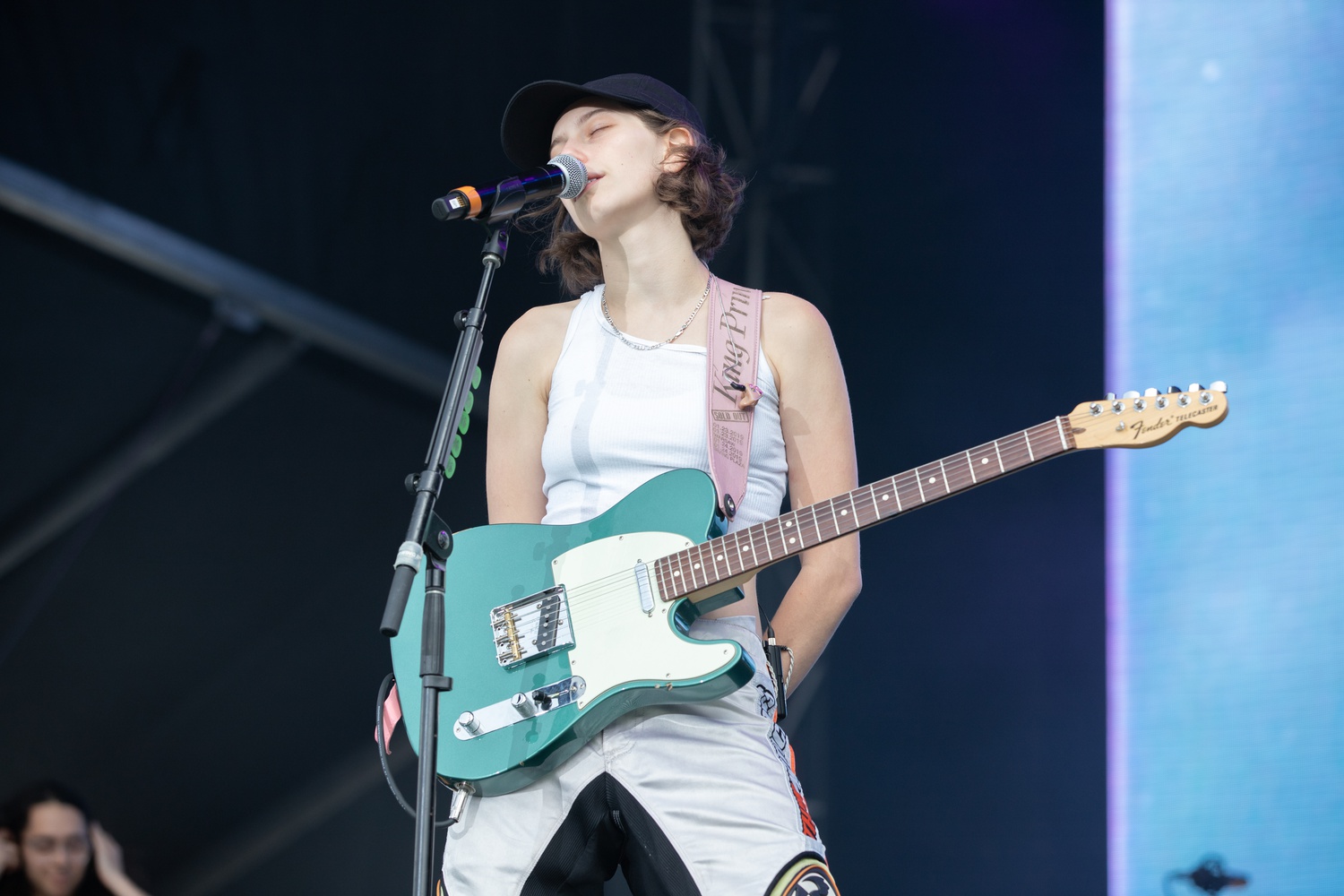 “Is it how it’s gonna be?” King Princess asked her audience on April 8, surveying her less-than-regal surroundings — fluffy white rugs slung across chairs, uneven lamplight, and a can of beer — with the stately resignation of a monarch in exile.

The question forms the outro of “Isabel’s Moment," the searching ballad King Princess chose as the opener to her Tiny Desk (Home) Concert, the quarantine-friendly spinoff to NPR’s popular video series.

As the final note of “Isabel’s Moment” rang out from the keyboard on her lap, she broke the pensive atmosphere with a chuckle at the camera.

“Welcome to the quarantine shed!” she joked before recounting her panicked attempts to pack as many instruments as she could in her carry-on.

The simplicity and slow tempo of “Isabel’s Moment,” which King Princess described as a tribute to “quarantine thirstiness,” made the number an obvious triumph from the start. Other songs, like “Prophet,” seemed less destined for success. When King Princess launched into the intro, she seemed unlikely to successfully recreate the lush, layered instrumentation of the sultry studio version by strumming one guitar and tapping her foot.

Always one to defy expectations, King Princess performed with enough intensity to eclipse any shortcomings caused by the lack of instrumental complexity. After minutes of rising tension, her voice jumped from a shriek to a warble, and she regained her cool self-assurance just in time to conclude the song with a slap of the fretboard.

She paused for a sip from her beer can before explaining her interpretation of “Prophet” in relation to the coronavirus pandemic, discussing challenges in the music industry.

While weighing the oddities of being a performer left indefinitely without a live audience — her upcoming concert engagements, including a European tour with Harry Styles, have been postponed — King Princess described the feeling of a return to her youth.

“We’re all trying to find that creative spark that we had as children,” she said. “It’s so lost on us now, because all we do is, like, schedule time to do our jobs.”

King Princess propped her feet up on her amp and turned back to her guitar to perform the last song in the set: “Homegirl,” which she described as her “secret fave” of her album.

Once again, she interrupted the last note with a laugh. After several failed attempts at a final message for her fans — among them gems like “Mull over your nemeses and just think about your feuds” — she finally settled on one.

“Make some art during this time,” she urged viewers. “Make something that you would show in your middle show talent show… Have a Zoom party and show your talents.”

King Princess is certainly taking her own advice to heart. With her innovative and heartfelt Tiny Desk (Home) Concert, she’s proven that she can make any space her castle.