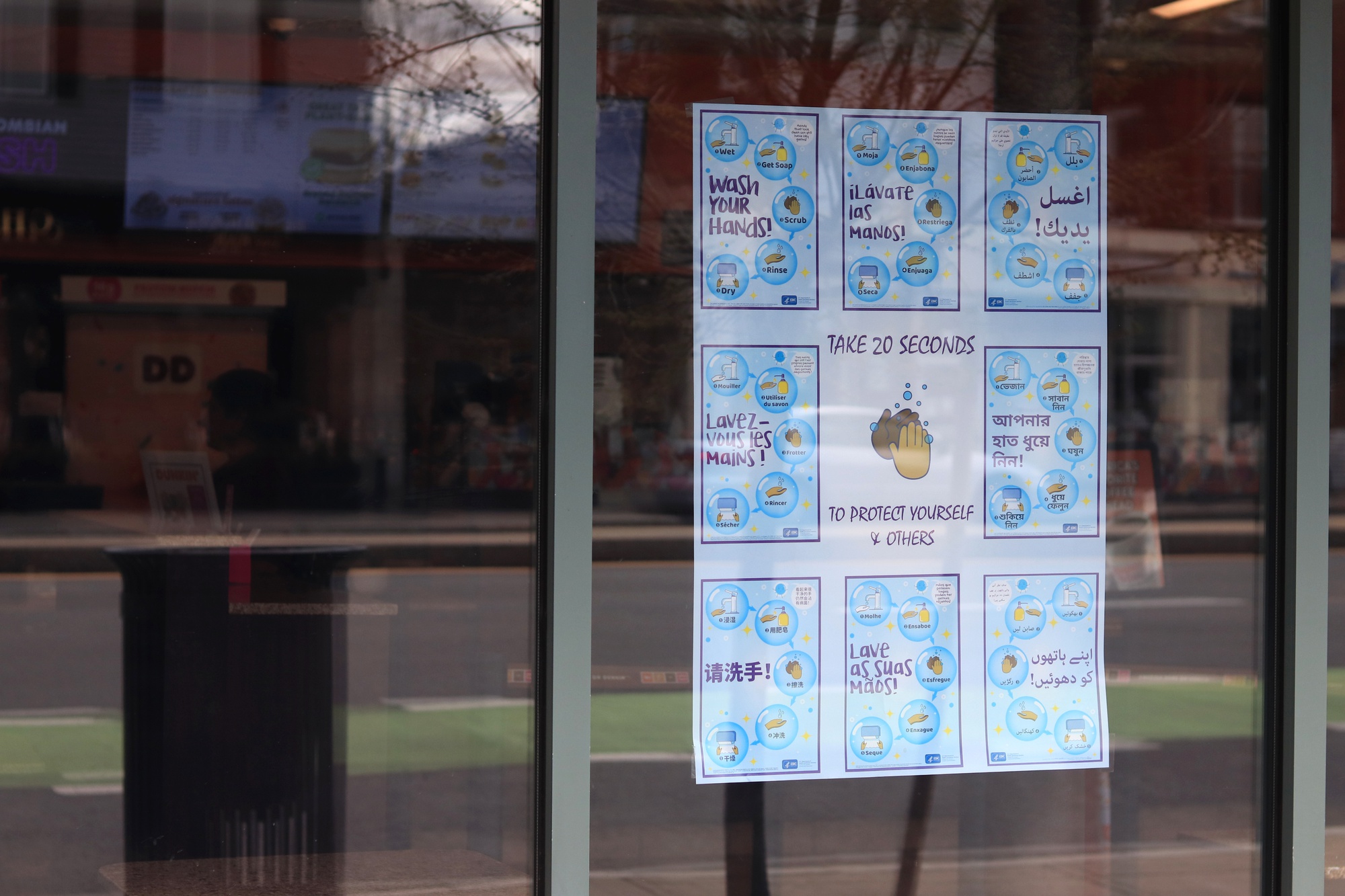 In Photos: Cambridge During the Coronavirus Pandemic

On March 10, Harvard College students woke to an email from Dean of the College Rakesh Khurana informing them that they had five days to move off-campus due to concerns about COVID-19, the novel coronavirus sweeping across the globe. The same day, Massachusetts Governor Charles D. Baker ’79 declared a state of emergency. In under a week, thousands of students evacuated Cambridge. Beginning on March 17, restaurants could only be open for take-out and delivery and all gatherings of more than 25 people were banned. On March 23, a stay at home advisory urged residents to stay home unless performing essential activities. A day later, two weeks after announcing the closure of undergraduate dorms, University President Lawrence S. Bacow informed the community that he and his wife Adele F. Bacow had tested positive for COVID-19.

In just a few short weeks, Cambridge has transformed from a bustling city to a ghost-town in order to curb the spread of the deadly virus. The Crimson's photographers sought to capture that new reality. 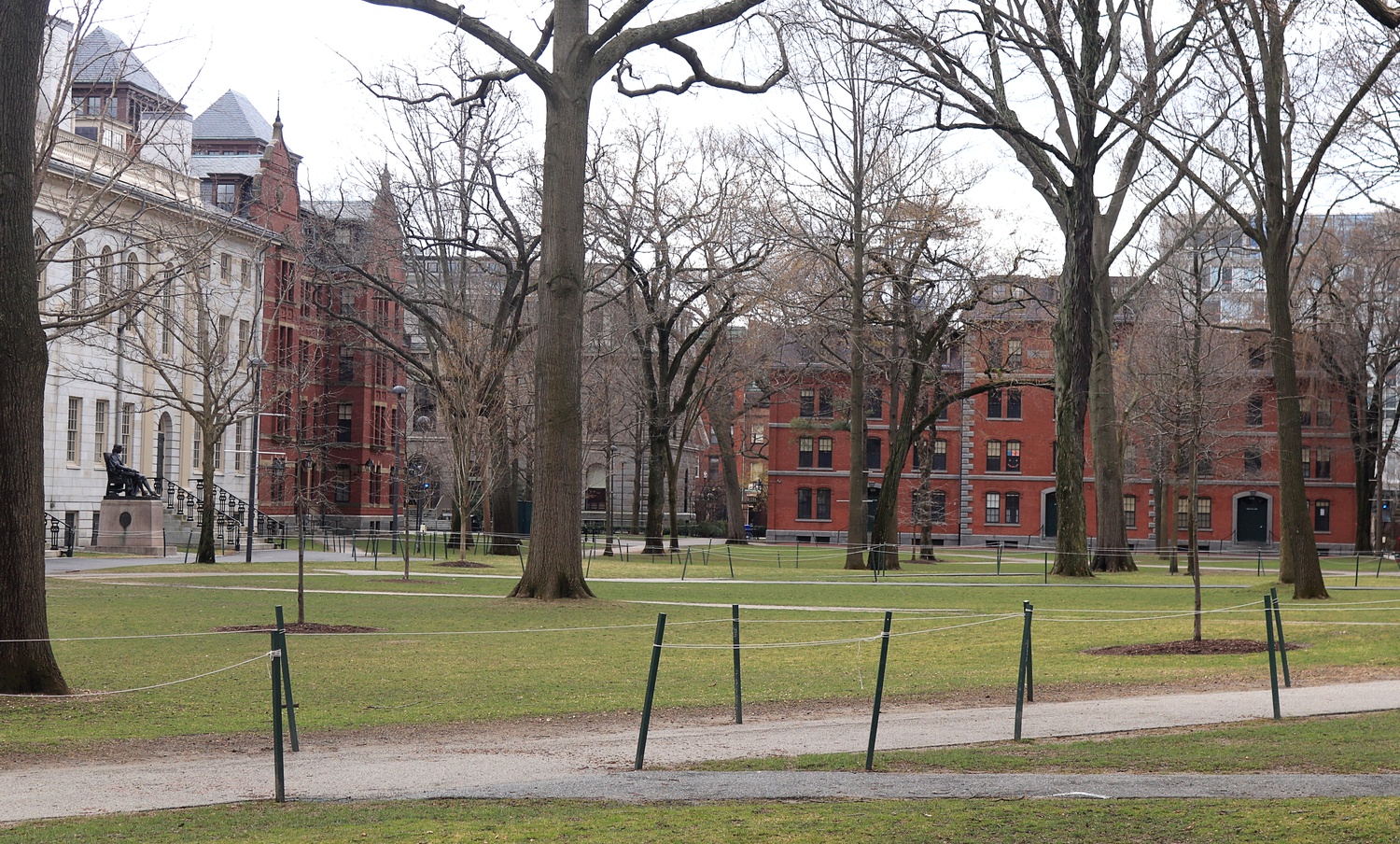 On a warm spring day, Harvard Yard is usually filled with tour groups waiting for a turn to rub John Harvard’s foot and students anxiously racing to midterms. 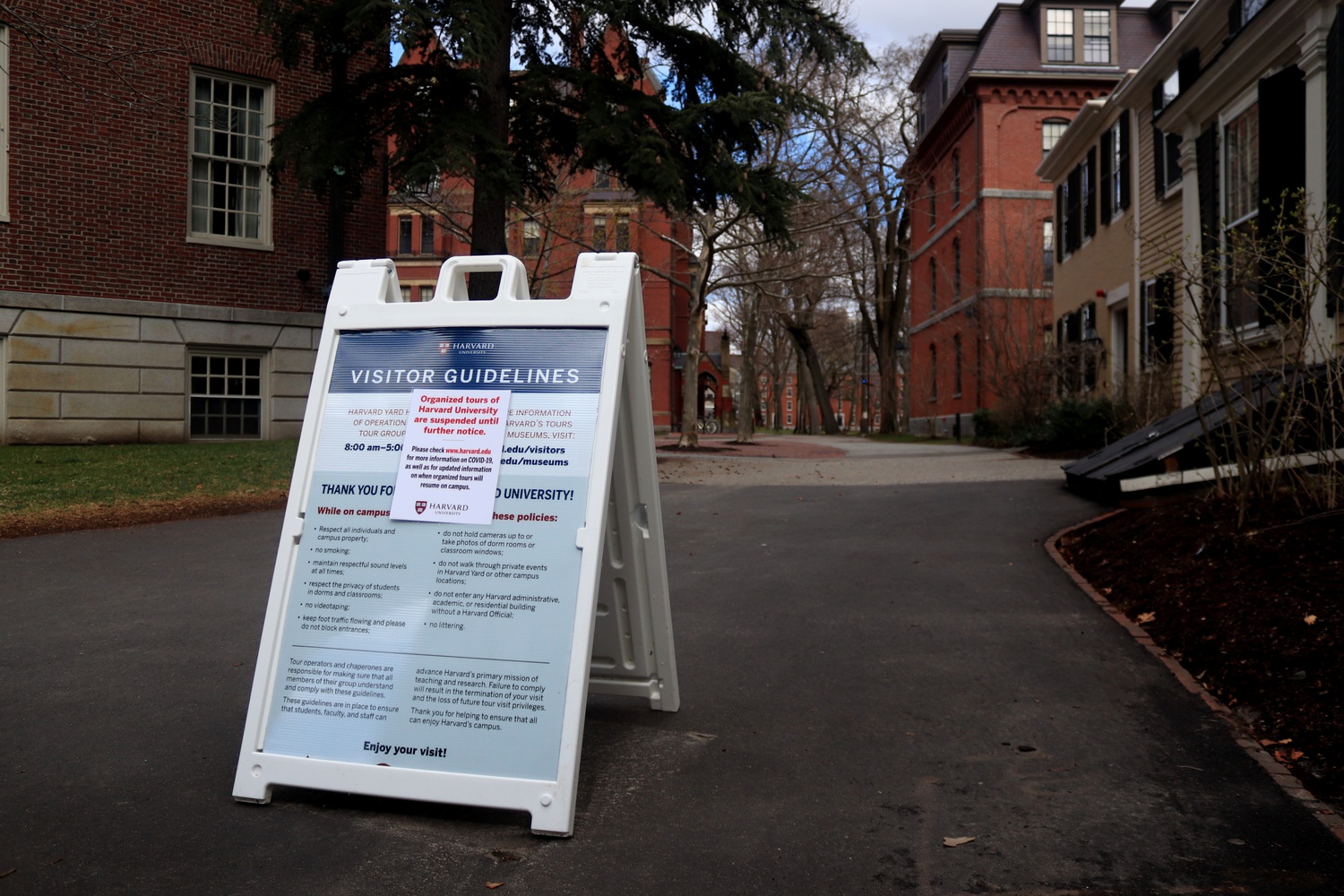 The Yard is now empty, populated only by the occasional runner or dog walker practicing social distancing and wildlife. 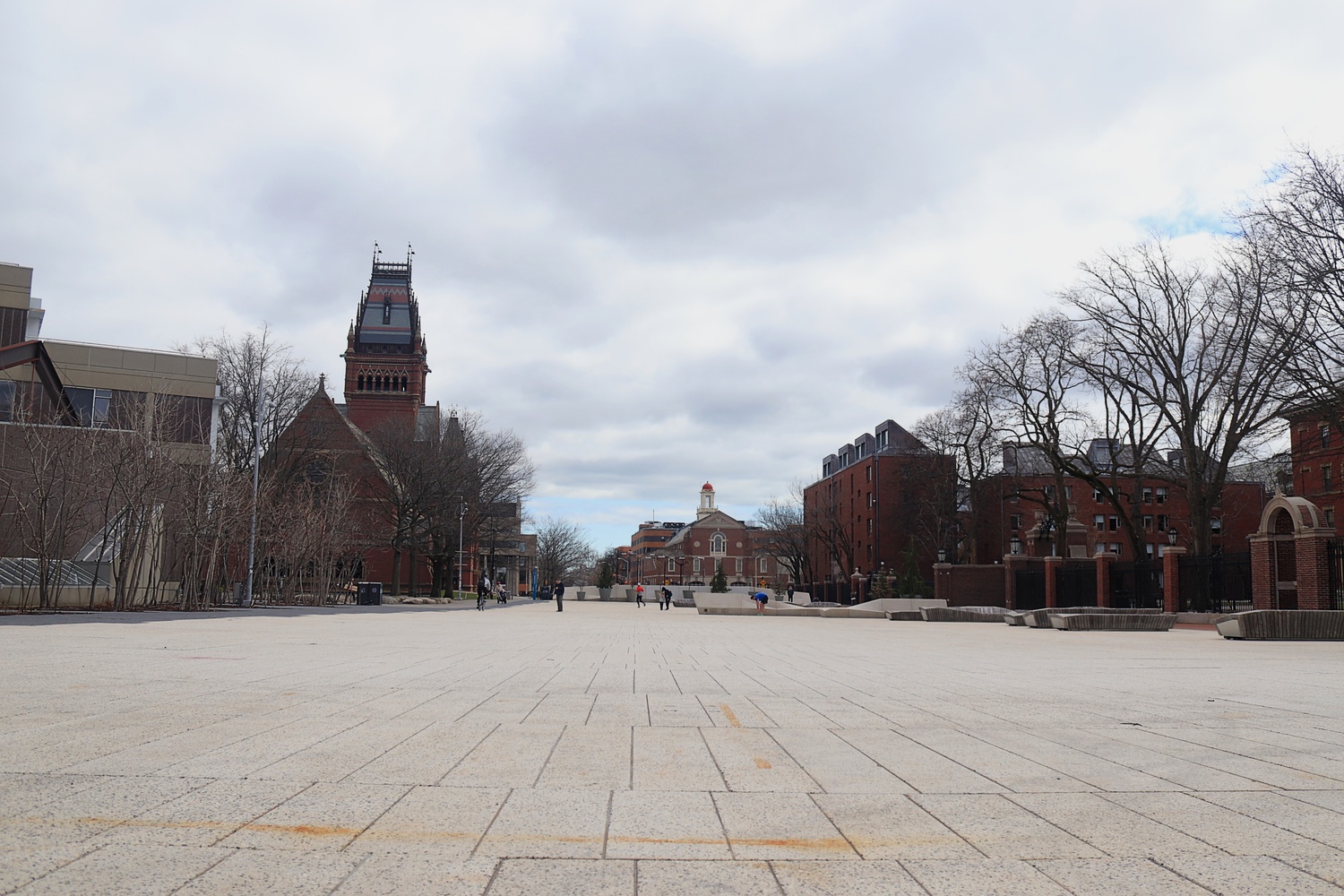 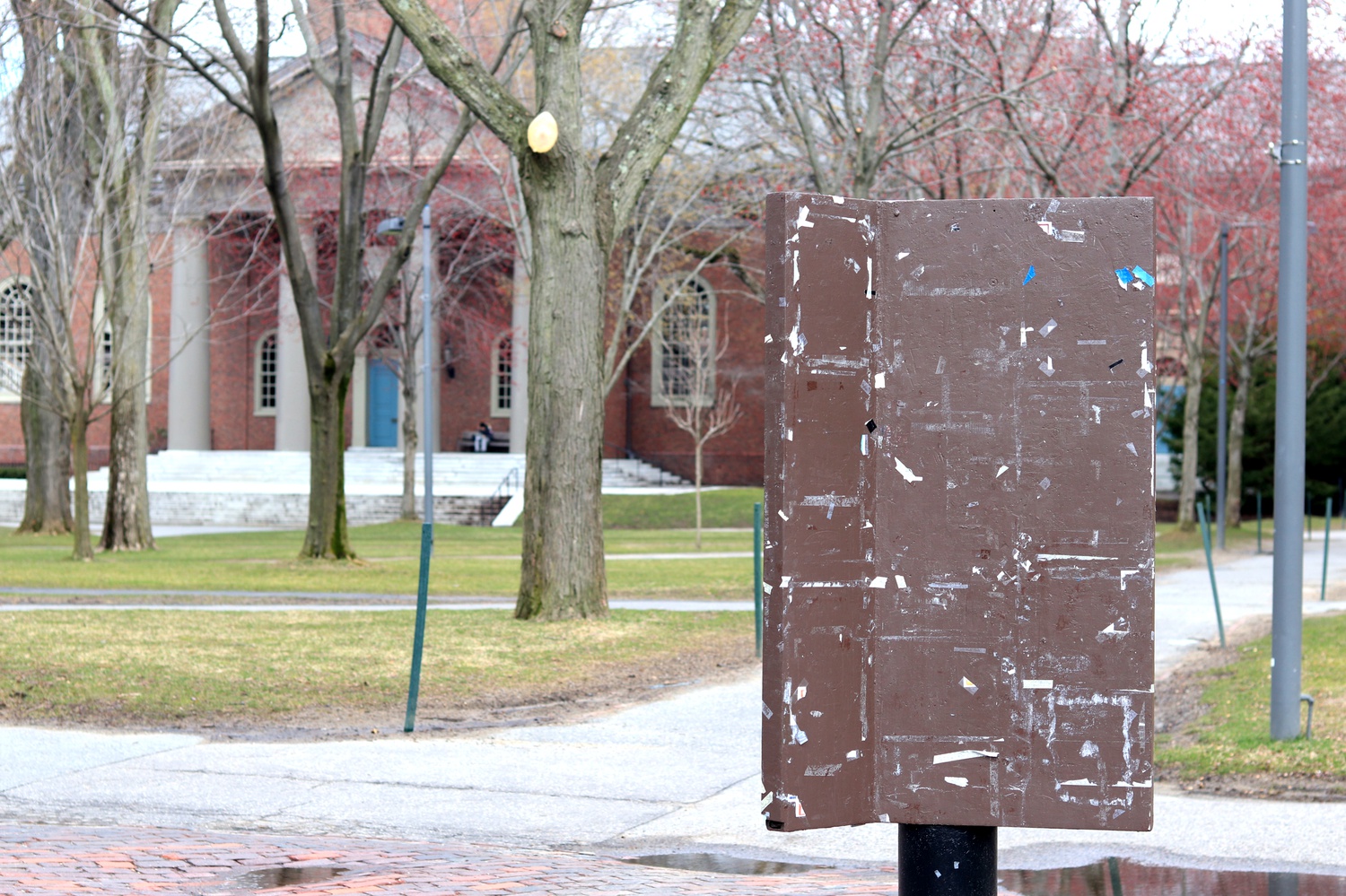 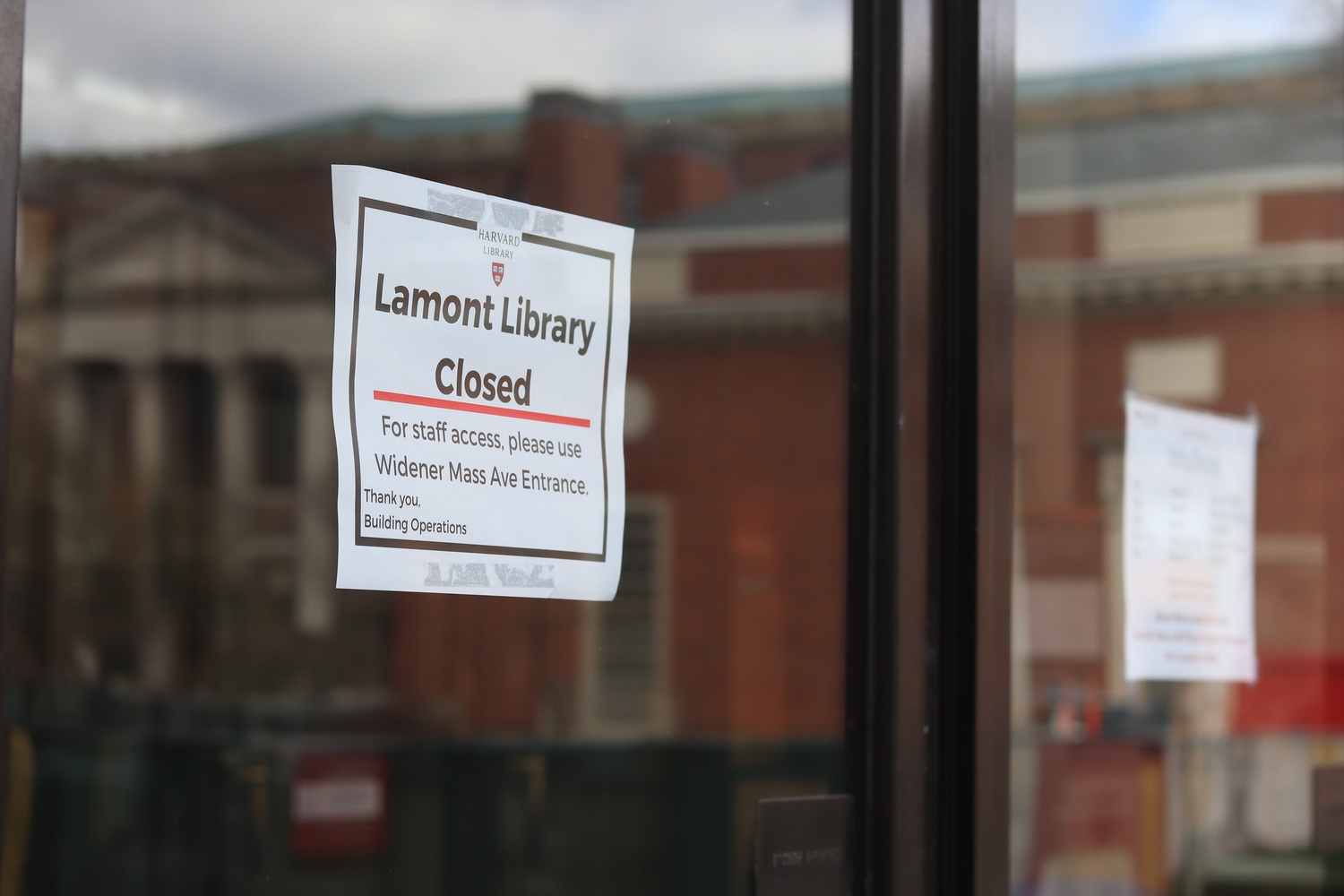 Among the many buildings with closed notices taped to their doors is Lamont Library. The University announced all libraries would close in-print services on March 16. 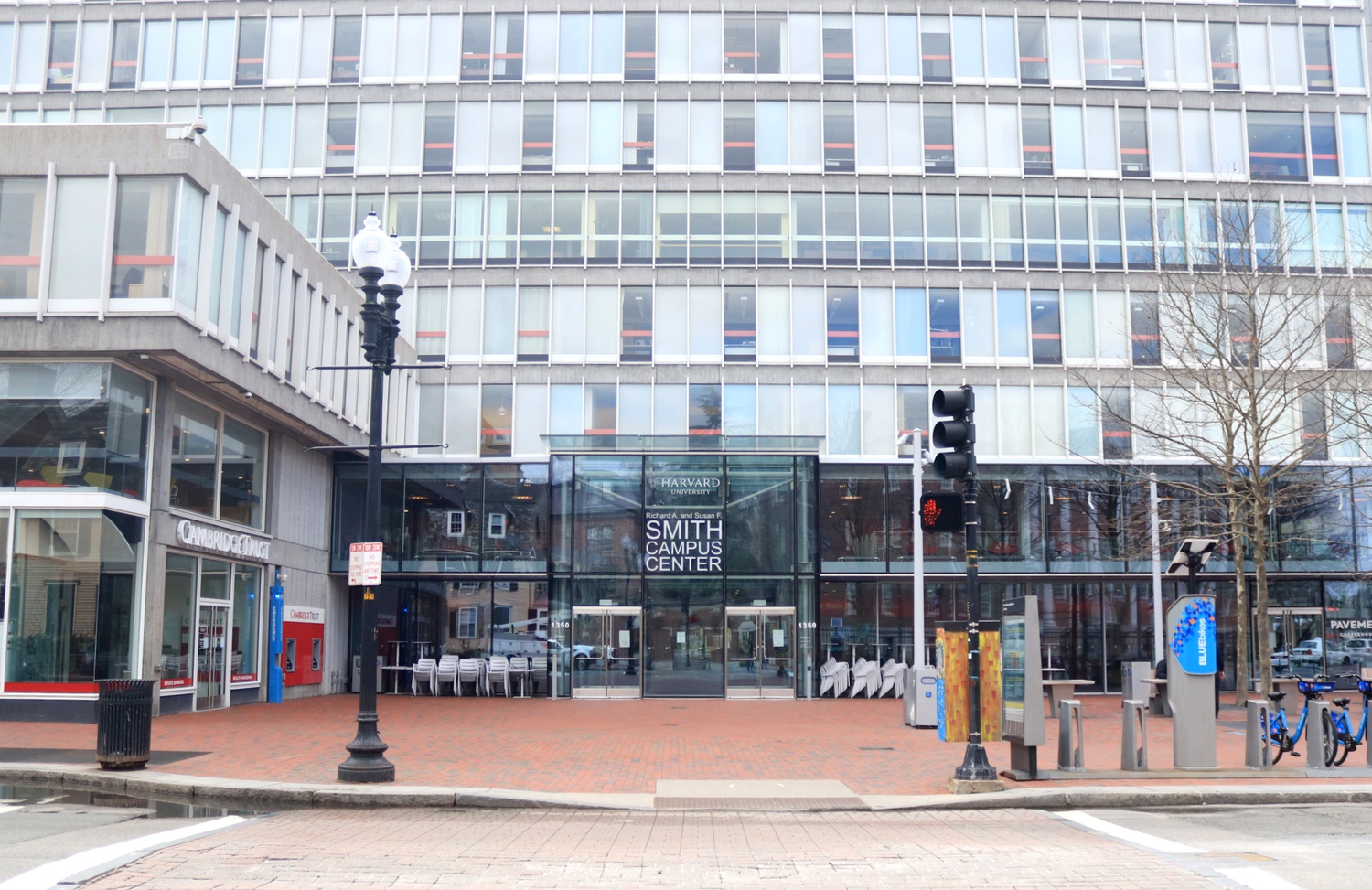 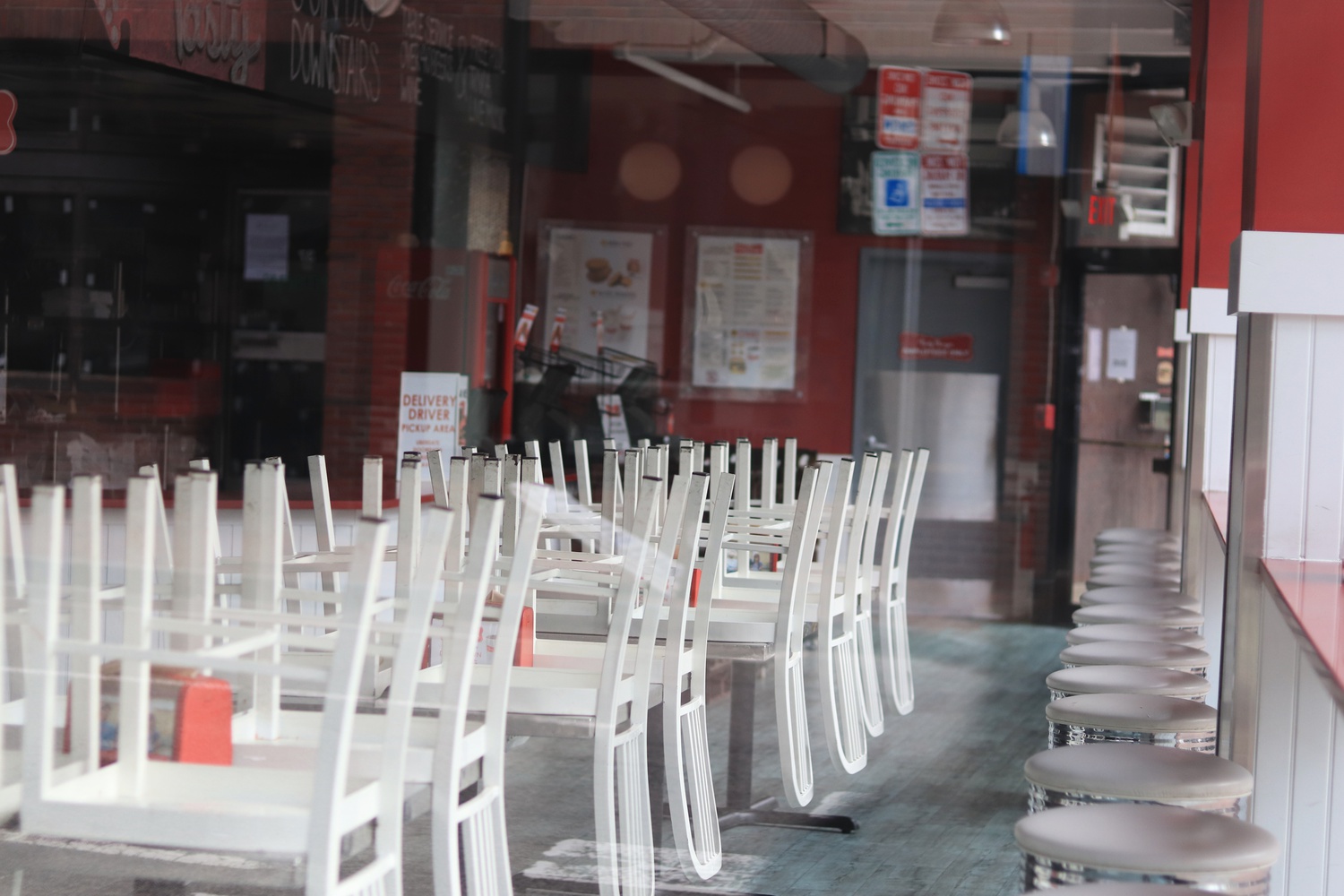 Tasty Burger is one of the restaurants in the square that closed completely. A notice on the door informed customers that all Tasty Burger locations would close starting March 16. Next-door, El Jefe’s Taqueria remains open for take-out and delivery. 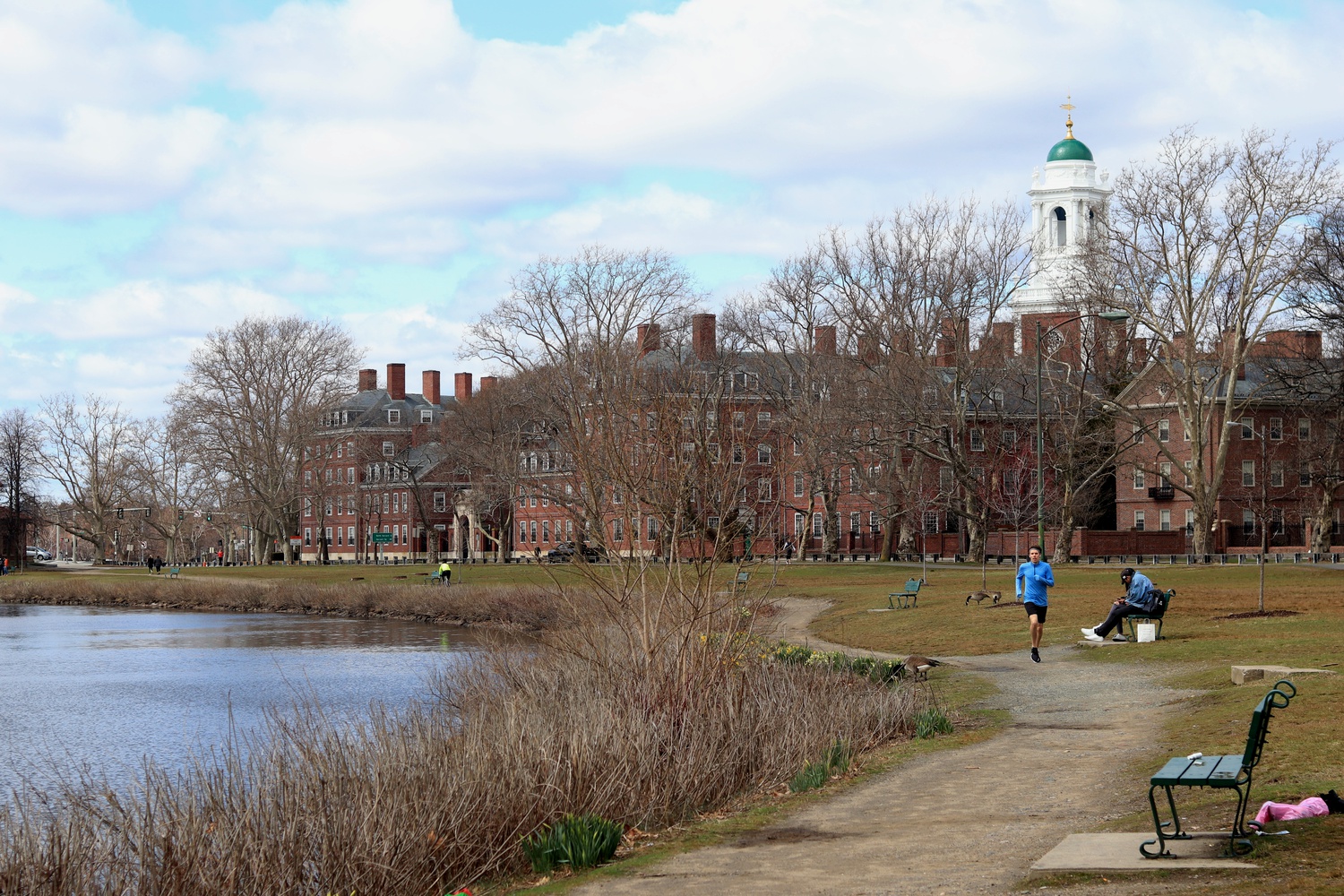 The paths along the Charles River remain popular with runners and bikers. Though people are urged to keep their distance from others, outdoor exercise is permitted under current guidelines.

Elsewhere in Cambridge, the streets are empty. Massachusetts Avenue is uncharacteristically quiet near Porter Square. 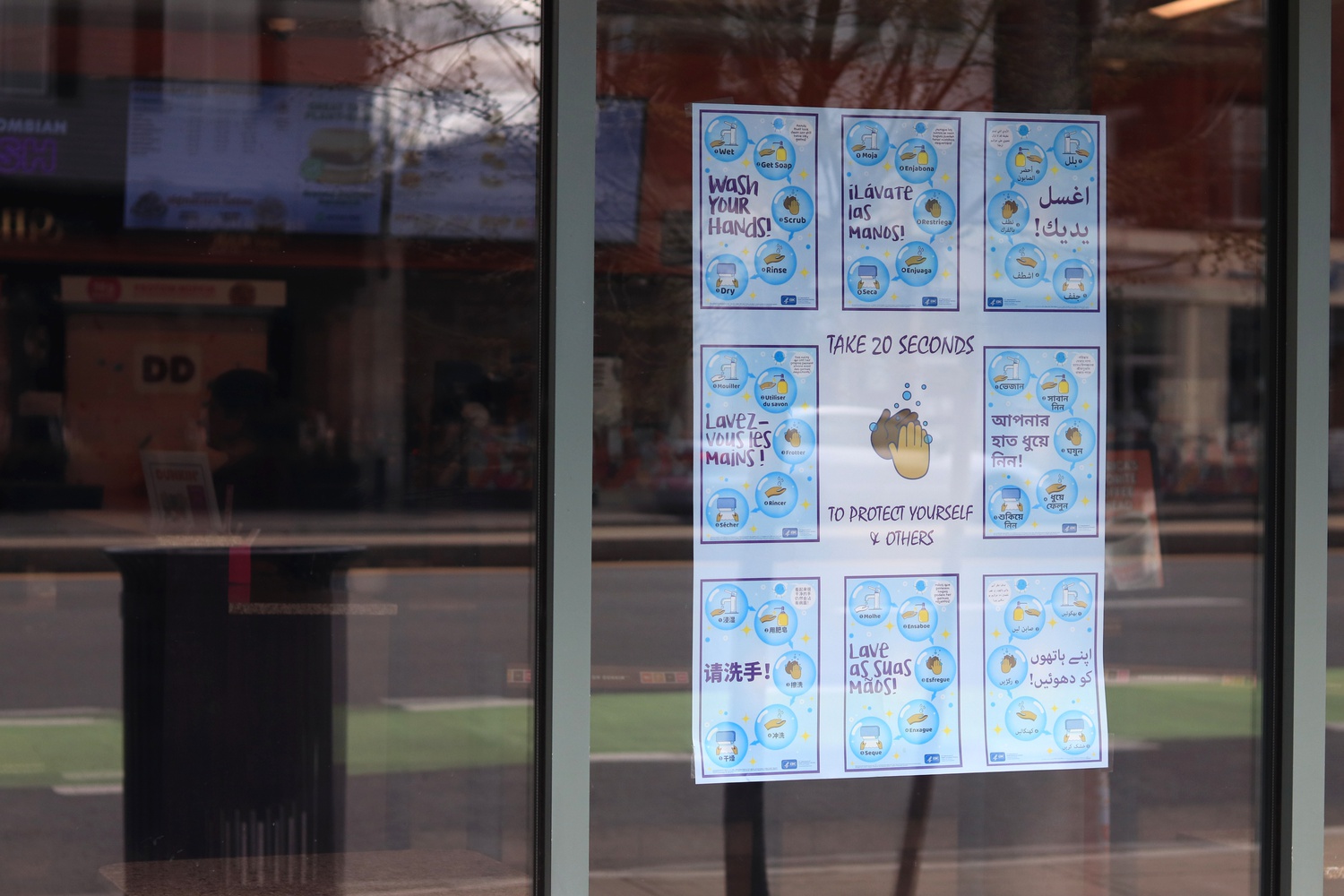 Dunkin Donuts in Porter Square is one of the restaurants that has remained open for pick-up. On the store window, a sign translated into seven languages urges people to wash their hands. The Porter Square Shopping Center is one of the busier places in Cambridge as people stock up on groceries at Star Market. 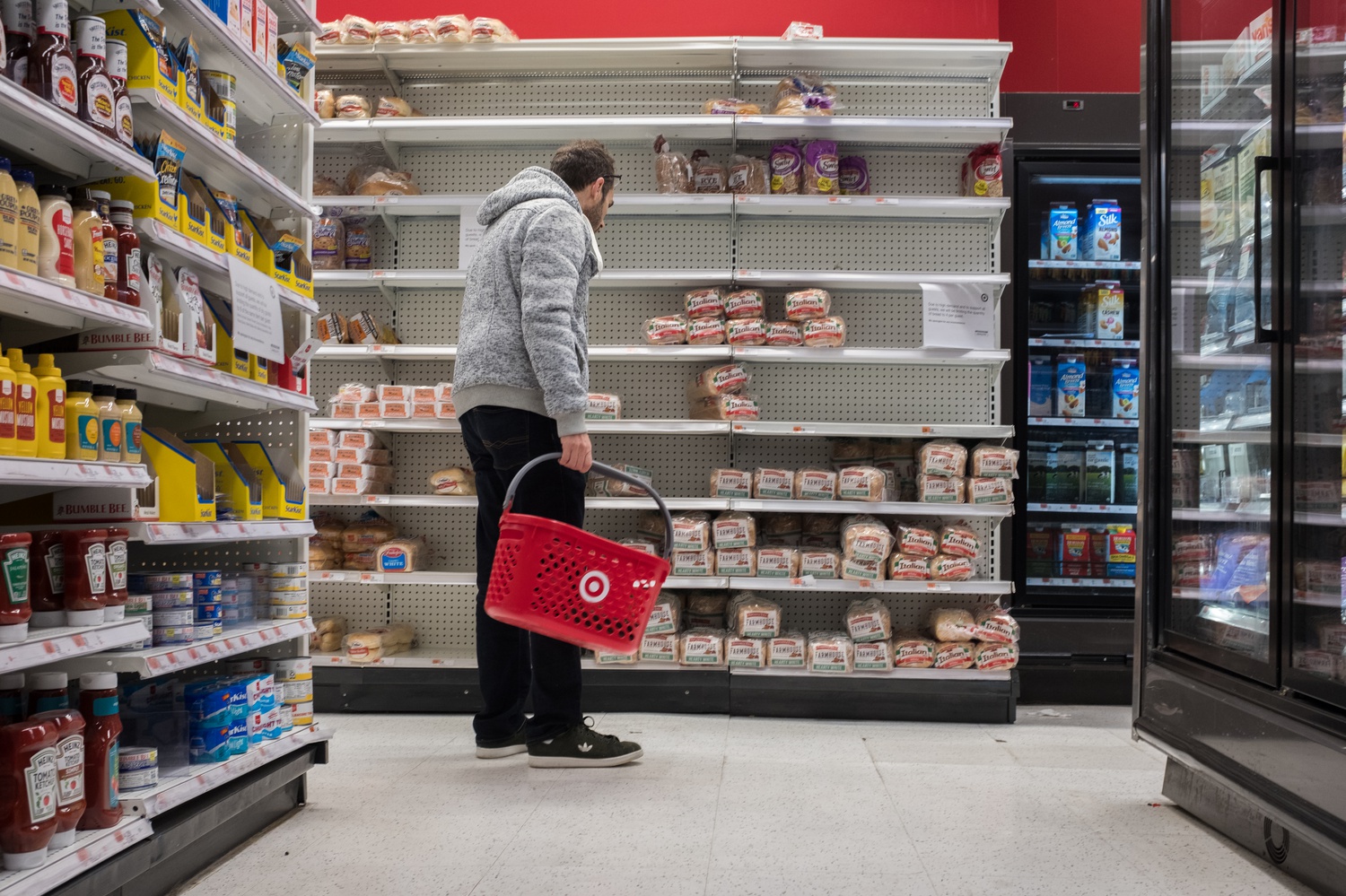 A shopper surveys Target’s grain options in Central Square. In Cambridge and beyond, increased demand for home essentials has stripped grocery store shelves faster than workers can restock. Stores around Harvard — including CVS, Target, and HMart — have imposed per-customer limits on some non-perishable food items and cleaning supplies. 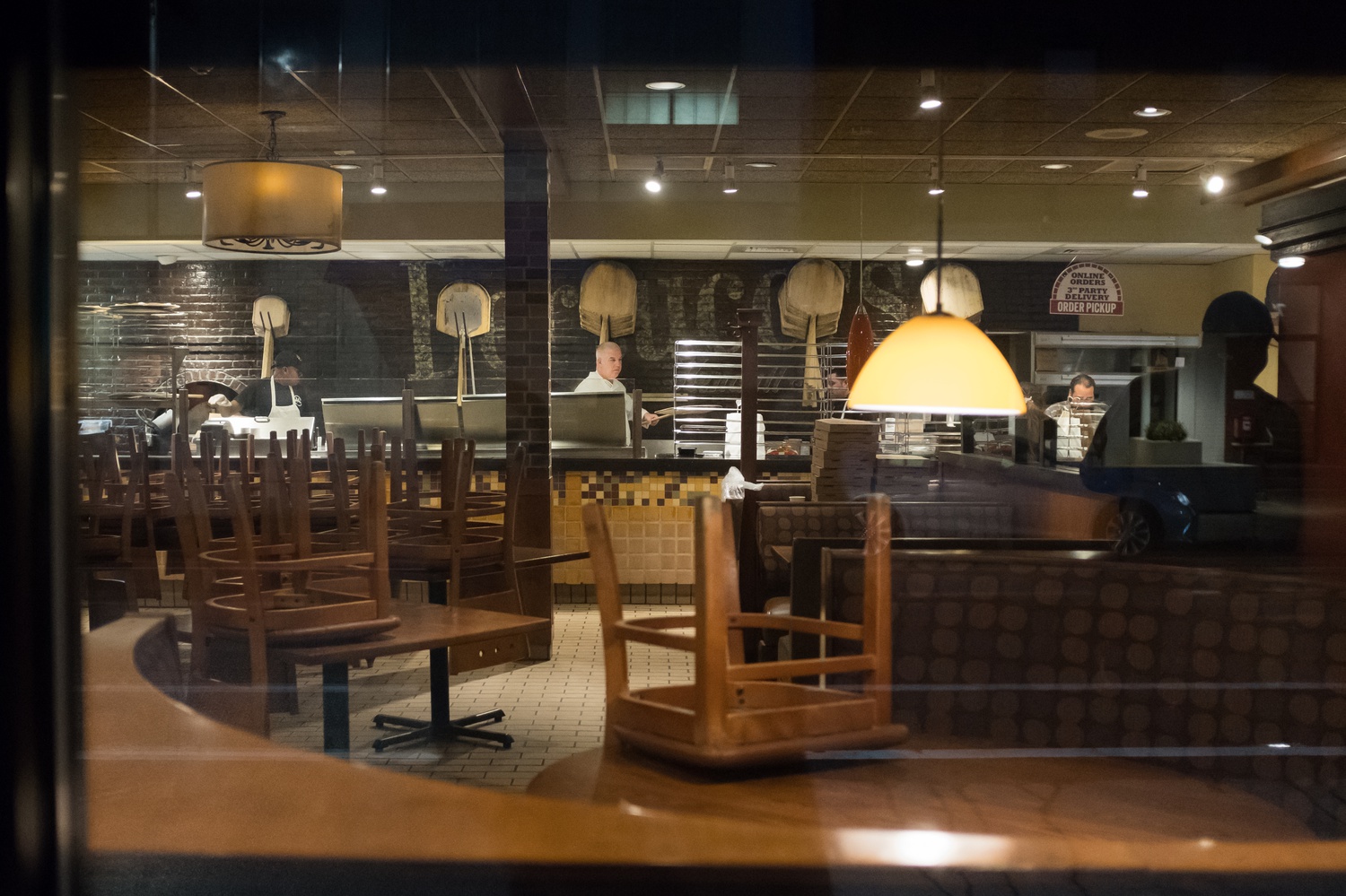 Employees at Bertucci's in Kendall Square prepare meals for take-out and delivery. The restaurant has closed dine-in spaces in compliance with Massachusetts’s stay-at-home advisory.

Just a month ago, students roamed the campus, occupying their days with a variety of academics, extracurriculars, and social experiences. However, with the transition to remote learning and mass evacuation of campus, students are scattered across the world. As the coronavirus pandemic makes new headlines every day, Cambridge remains still, almost frozen in time.