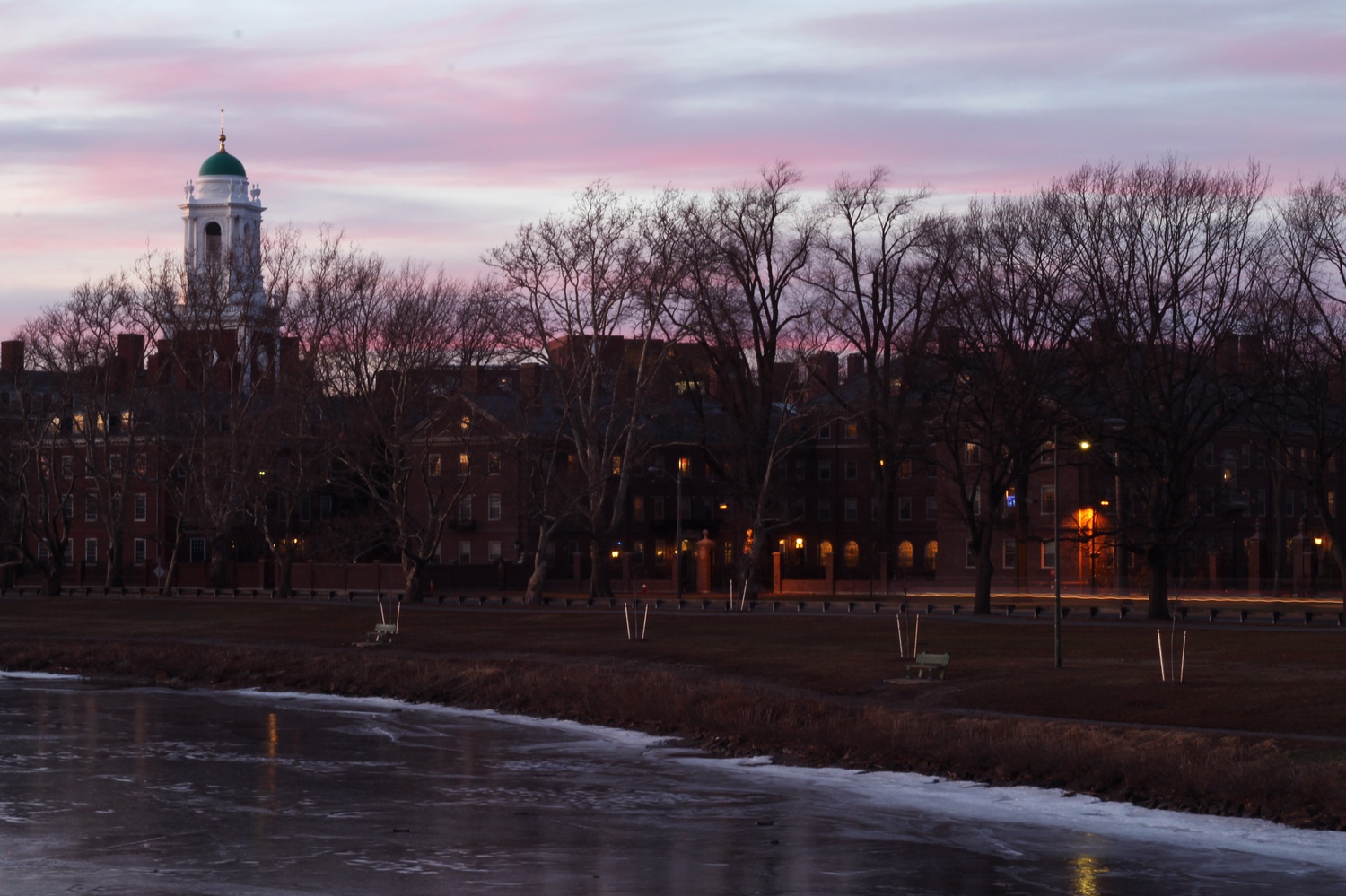 I was running along the Charles when I first wrote the essay you are reading in my head. At first, I thought I’d touch on how having grown up as a military child influences the way I perceive the world. I imagined sharing anecdotes of driving away from a city I loved and watching it disappear in the rearview mirror, or how I learned to use the cardboard boxes as sleds in a neighborhood-wide game. But that piece was written before COVID-19 began to wreak havoc across the globe. It was the piece I had in mind before we were notified of the University’s decision to send us home, for our safety and the safety of others.
By Michelle G. Kurilla

It takes time to adjust to a new city. Every trip outside of the house is an adventure — street signs are unfamiliar, but also my saving grace. Neighbors are nameless, and I am too.

But when you move 12 times before you turn 18, adjusting to a new city becomes an expected challenge. If anything, I welcomed these unknowns and developed the ability to uproot easily before resettling someplace new.

I know how to pack all of my things into flimsy, cardboard boxes. I say “goodbye” to good friends more commonly than I’d like to admit. I introduce myself with a smile as a stranger often.

I’d like to think that I know how to start over by now. But I don’t always know the answer to a simple question, one that has followed me for years — where’s home?

The first year of college was described to me as the quintessential opportunity to start over.

Instead, college presented itself to me as a chance at stability. I’d had many opportunities in the past to define myself to my peers however I liked, but now with four years ahead of me, the possibilities in permanence seemed endless.

It was the first night of Opening Days, a time when all first-year students move in and adjust to campus life. In the whirlwind of hours before, I had set up my room, met my four roommates, negotiated how we were going to divide our overcrowded space, and said goodbye to my parents. Now, a group of nearly 40 first-year students sat in a circle and expected to introduce themselves.

Similar to most ice-breaker games, we had to find a connection to those around us. We needed to find someone else in the group hailing from a place near our hometown and later introduce one another to the larger group. This was supposed to be the easiest ice-breaker possible, but my mind still raced.

Growing up as a military kid, I lived in three countries and attended three high schools. But now that the circle had gotten up and begun to move, I needed to consider which card I was going to play. People were shouting out the names of cities, states, and countries. As people approached me, I sorted through a list of places in my mind: Vicenza, Heidelberg, Tacoma, Burke, Columbus, Fayetteville, and Tampa to name a few.

After being asked by another student in my dorm if I was from Europe, I told her I was born in Italy. I recognized that I wasn’t an international student, but I was her best option, and we decided to be partners.

I hadn’t created a hard and fast rule to answer the looming question. Is home where I was born? Or is it where I had lived the longest? Did I have a favorite?

I didn’t know how to answer the ice-breaker, but I could still begin to form life-long friendships — my blockmates were all in that game. Having lived across the United States, as well as overseas, I was able to connect with peers from Washington state to Washington, D.C., playing the game in my unique way.

I was running along the Charles when I first wrote the essay you are reading in my head.

At first, I thought I’d touch on how having grown up as a military child influences the way I perceive the world. I imagined sharing anecdotes of driving away from a city I loved and watching it disappear in the rearview mirror, or how I learned to use the cardboard boxes as sleds in a neighborhood-wide game.

My original piece ends with me looking out over the Boston skyline from my dorm room. I declare that I have found my home at Harvard. In the piece, I write about dancing to “Come on Eileen” in the middle of the night with the group of people who always bring a smile to my face, and the moment I met my blockmates for the first time. I talk about spontaneous adventures throughout Cambridge with a friend, and the productive (or not so productive) nights in Lamont Cafe that last until the early morning.

But that piece was written before COVID-19 began to wreak havoc across the globe. It was the piece I had in mind before we were notified of the University’s decision to send us home, for our safety and the safety of others.

Cardboard boxes filled the entirety of my dorm room. I didn’t hate the boxes, but they did remind me of the fact that I was leaving campus in a little over 12 hours.

Standing so my body faced the window of my room, I folded packing tape over the corner of the last flimsy, cardboard box. I’d already said “goodbye” to both of my suitemates. Anything normally associated with a living space in our suite — books, belongings, and even memories — was disguised by the boxes and packing tape.

The night prior, I helped one of my suitemates move her belongings from her room to her car. Before she left, I made sure my other suitemate was organized too. But now, with both of them gone, the room was eerily quiet.

The red light radiating from the alarm clock on my bedside table indicated that it was well past four a.m. I needed to be awake in a few hours, but instead I looked out the window at the Boston skyline. Packing that night (morning) was familiar, but nonetheless painful. I had always imagined what I could do with uninterrupted time — begin to forge lifelong friendships, find trusted mentors, memorize all the street names surrounding my place of residence, finally feel “in the know” — and college was supposed to provide those four years. The boxes, as they often did while I was growing up, meant the end had come too early.

The last few days at Harvard were long, filled with errands around campus, frantic emails, goodbyes, and lots of elbow bumping.

They were also reminders of how people come together when faced with uncertainty and fear.

Tutors and faculty deans swarmed the entrance to my house, surrounded with dollies and other moving supplies. Each time I walked past, they greeted me and other students with the simple but reassuring question, “How can I help?” Group chats and email chains exploded with offers of physical assistance, summer storage, and immediate emotional support. Faculty members offered to store students’ belongings in their offices. Alumni opened their checkbooks to donate to students.

Standing outside of the house gates, I watched as students shoved textbooks, large pieces of framed and unframed artwork, and other reminiscences of college into the backseats of overstuffed cars. For a few, only U-Hauls would suffice. In witnessing our collective attempt to hold onto as many aspects of college as possible, I considered how, in a few short days, a large portion of the student body would attempt to transform childhood bedrooms into adequate study spaces.

What does it mean to drop everything in a new-found home, and return to a familiar — yet distanced — house? For those staying with friends during this turbulent time, how can you sort through glimpses of someone’s past? 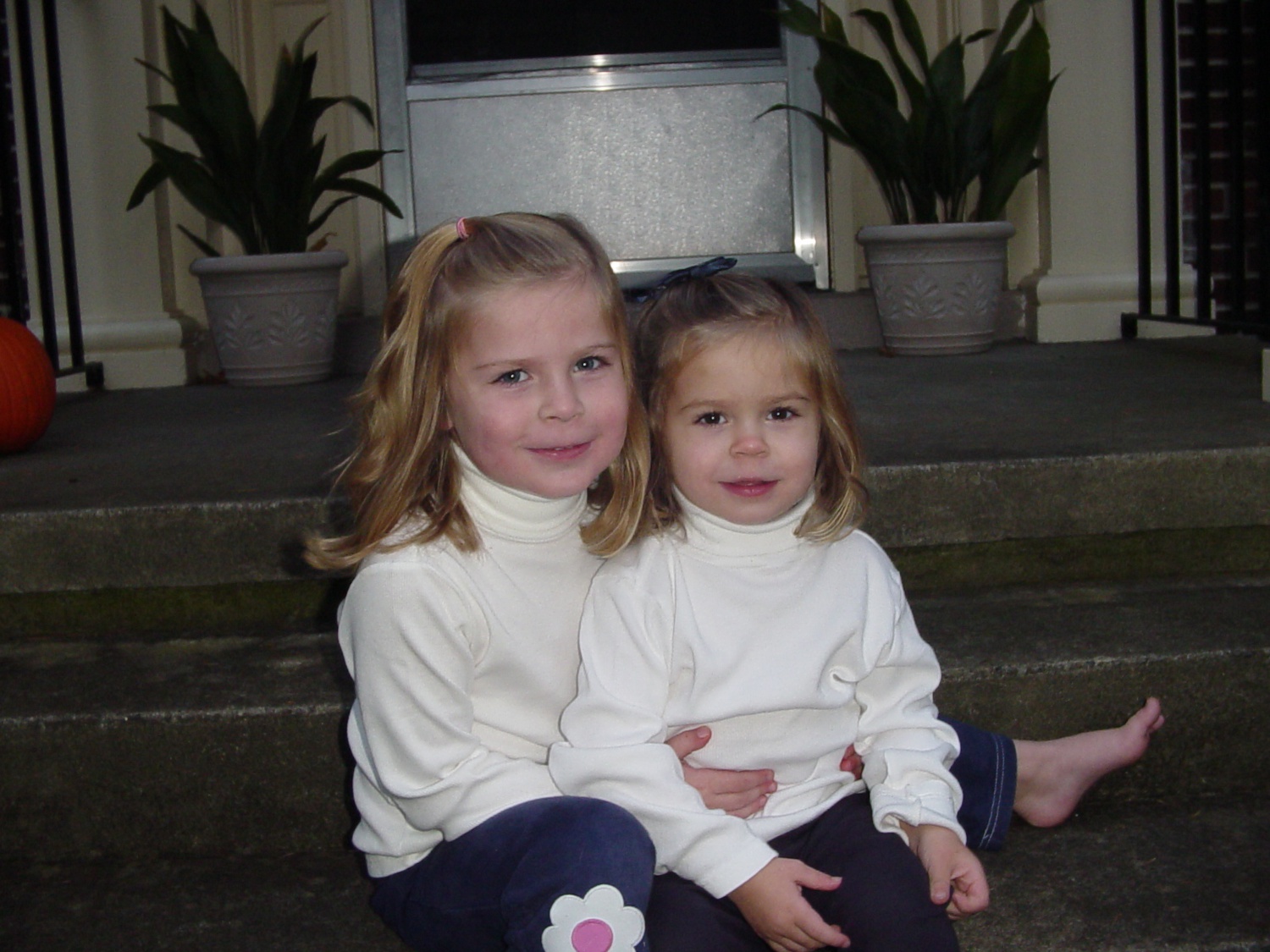 Staff writer Michelle G. Kurilla sits with her younger sister on the porch of their family's home in Washington. By Courtesy of Michelle Kurilla
Advertisement

In going home, I left the potential stability of four uninterrupted years behind me. I was thankful for the chance to spend the next few months with family — especially my younger sister before she graduates high school. But I wasn’t returning home to my childhood bedroom, nor my birthplace.

In an effort to retain a sense of normalcy with family, I spread out my notebooks, papers, and pens across my desk in my own cluttered organization. But this set-up has a striking addition that catches my eye whenever I look up: my Italian birth announcement.

Translated to English, it reads, “May the City of Vicenza always pride itself on having been your Birthplace; may its illustrious name be always vivid in your memory and, as you grow in age and wisdom, may it call you back to admire the magnificence of its Art, the beauty of its countryside, and the hospitable heart of its people.”

My life started nearly 20 years ago in the northeastern city of Vicenza, Italy.

When my family visited the country for the first time since we had left, my parents made an effort to show me some of the city’s most important sights. We toured Teatro Olimpico and walked past Villa La Rotonda. My dad and I ran to Monte Berico. We drank cappuccinos and embraced the warm, social atmosphere around us in the city’s square, Piazza dei Signori. Vicenza certainly was a beautiful city, and I admired its art, the beauty of its countryside, and the heart of its people.

My parents also pointed out the hospital where I was born.

When I look up from my work, I read the annoucement’s words first in my broken Italian, then in English. Reading those words today, my heart goes out to the hospital and healthcare providers working around the clock as they try to save their people and their city from an illness with a mortality rate over ten percent. I remember a people known for their allegria (cheerfulness) in the face of a grim virus leaving destruction in its wake. I think of Vicenza, and I wish I could do more to help.

For many, birthplace and home are synonyms. I find it ironic how they line up next to each other in a thesaurus — for me, those two words pose a paradox begging to be solved.

If home is at Harvard, it has been upended — almost nobody is there, and those who remain are isolated on an emptied-out campus. And if home is supposed to be where I was born and raised, I’m not there, either.

Growing up, my home was never a house. Rather than defining it in a set place, I have learned to search for it in the people and experiences around me.

I formed it in the rush of heading somewhere else and meeting new people. I saw it at the dinner table with my family. I experienced it in the conversations with professors and teaching fellows who made me feel that I belonged at Harvard. I felt it in the friendships I hope last beyond our graduation. I found it in the places where I feel most loved.