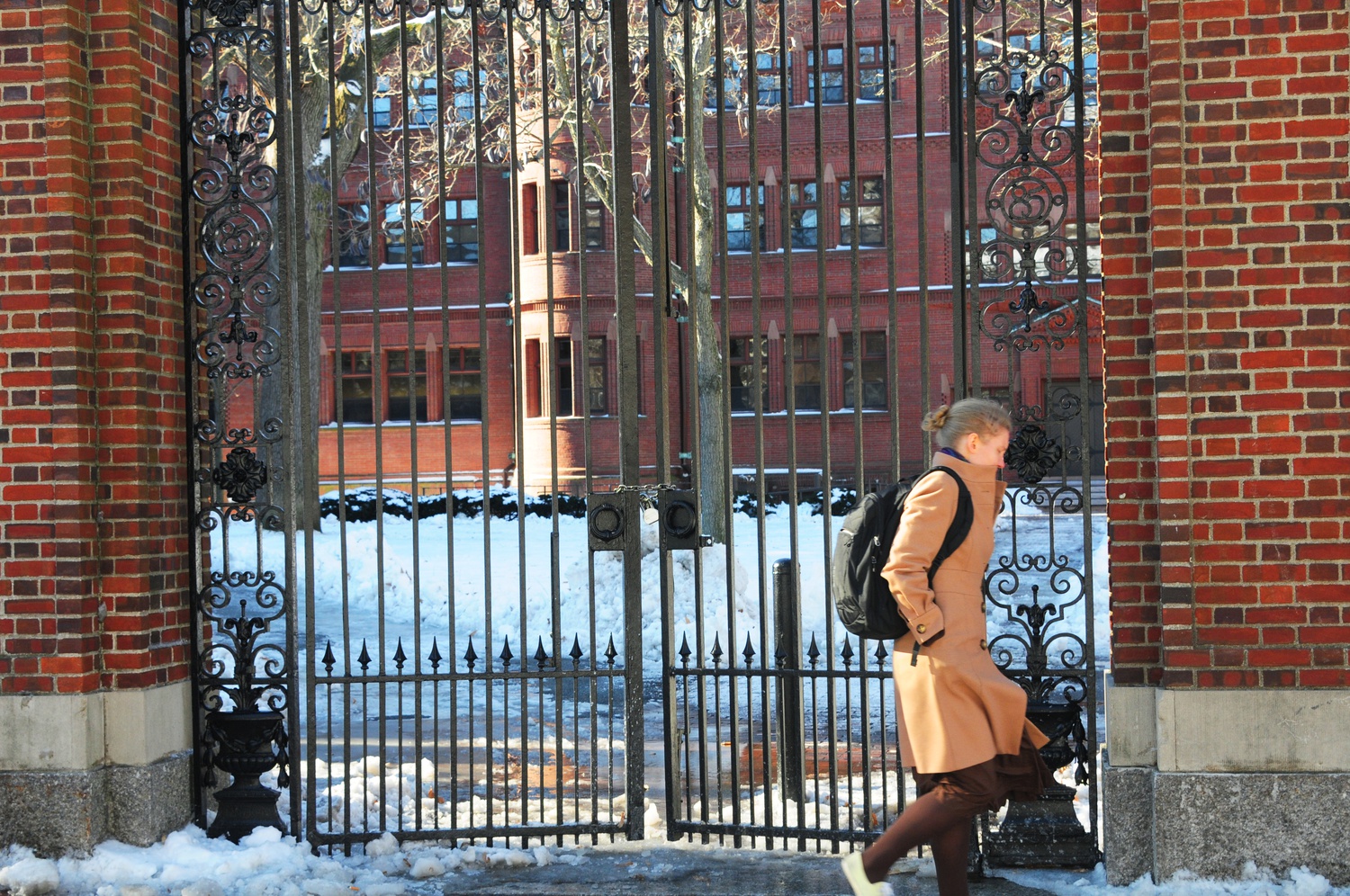 As they navigate working from home without child care, several Harvard teaching instructors with young kids said they face challenges juggling their responsibilities to their children and their students. By Maya Jonas-Silver
By Ema R. Schumer and Sixiao Yu, Crimson Staff Writers

One Friday last month, Nicholas W. Short sat in his home in Brighton, Mass. teaching a virtual section of Government 1108: “Politics of Economic Inequality,” a gallery of watercolor drawings behind him. As one student made a comment, the artist — Short’s four-year-old daughter — ran into the room and appeared on screen.

Her entrance prompted laughter from the class, but Short said the incident caused him concern.

“I don't know if students find that disruptive or they find it cute or distracting,” he said. “I wasn't actually speaking in the moment. Somebody else was. So I was worried that it would be a — they'd feel like they were being interrupted.”

“I've experimented with locking the door, but that just makes her angry,” he added.

The coronavirus crisis has forced Harvard to shift to remote learning, changing the way teachers communicate and students learn. But it has created unique challenges for instructors parenting young children.

As they navigate working from home without child care, several Harvard teaching instructors with young kids said they face challenges juggling their responsibilities to their children and their students.

Nicholas M. Utzig, who lives in a one-bedroom apartment in New York City with his wife and their two-and-a-half year old son and five-week old daughter, said he is hard-pressed to find several hours in the day when he can focus on his work.

“It's difficult to find — especially without daycare services — to find multiple consecutive hours to really work and get into a rhythm on things,” he said. “You’re sort of always doing a little work, then putting it down to do some family things, because toddlers are very, very busy creatures.”

Still, Utzig said he will prioritize students in the English department junior tutorial he teaches.

“My students depend on me and my performance to kind of help them get through their junior year — to make the most out of this, so I feel a strong obligation to them, first and foremost,” he said. “All of my normal — outside of teaching — grad student responsibilities, like the dissertation type thing or preparing for an article or for a conference or something like that has all been sort of shelved.”

Short also said he will have to delay his dissertation, though he noted he feels less urgency to finish given the contracting academic job market.

“With a lot of work, I could potentially be in a place to go out on the job market in September in political science,” he said. “We're now facing what looks like it will be widespread hiring freezes and no job opportunity. So it's been delayed at least a year, which theoretically gives me more time to do my research, but who knows how long this will go on.”

Anna S. Ivanova, who is quarantining with her husband and their nearly-three-year-old daughter at their home in Cambridge, also said teaching during the coronavirus crisis comes at the expense of her research. Though Ivanova, who teaches two sections of HIST 1280: "History of the Soviet Union," planned to submit her dissertation by next spring, she said meeting that deadline now seems unlikely due to the public health crisis.

Ivanova and her husband have swiftly remodeled their apartment to accommodate working from home. They have converted their daughter’s bedroom into a temporary office, moving her toys into the living room to make room for a desk and chair.

“Small kids are very loud. Just because they're excited all the time,” she said. “I always have to work with some kind of background noise.”

Despite the changes to her personal and professional life, Ivanova said the extra hours in her apartment have afforded her the chance to grow closer to her daughter.

“My own craft skills increased dramatically during these two weeks, because I never spent so much time with her at home,” she said. “We’re drawing and we’re doing PlayDoh, and we’re doing all sorts of crafts all the time, which we never did before.”

History professor Mary D. Lewis, the mother of a 9-year-old and an 11-year-old, said faculty also experience challenges teaching and parenting from home. She said tenure puts her in a more comfortable position than junior faculty.

“I feel extraordinarily fortunate right now. I mean, I have a house with a yard and a Harvard paycheck,” she said. “As far as faculty are concerned, I would be more concerned about junior faculty or faculty who have a non-permanent status who are much more vulnerable right now.”

“I'm in a position of privilege compared to many people who are trying to do this,” she said.