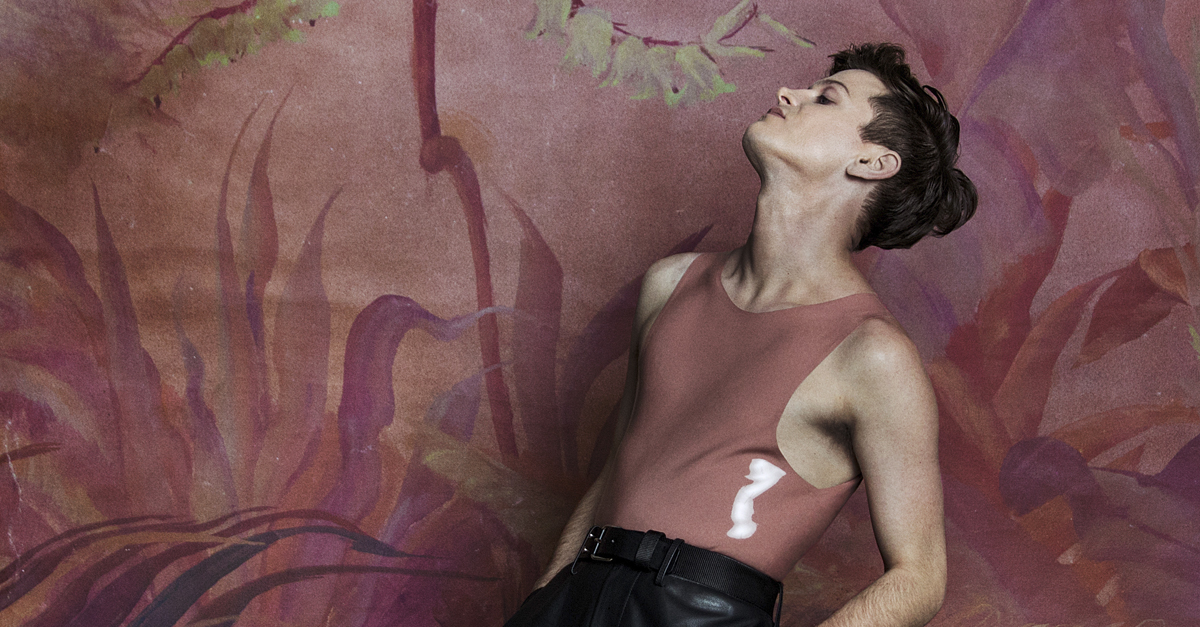 In anticipation of his upcoming album “Set My Heart On Fire Immediately,” Mike Hadreas — better known by his alias, Perfume Genius — released the singles “On the Floor” and “Describe” on Mar. 16. Hadreas, who in his Spotify biography is described as being a singer/songwriter “whose music spans fragile piano ballads and swaggering glam rock as he explores sexuality, homophobia, and domestic abuse with brutal and often poetic honesty,” showcases both fragility and swagger with songs that are raw and scathingly honest.

“On the Floor,” the second single from the album and the A-side on this release, starts with an upbeat and summery intro. The lyrics, however, are sobering. “Lock the door / The constant buzzing / All through the night / The fighting / Rips me all up inside,” sings Hadreas, his voice lilting over the song’s funky guitar. If it weren’t for the strain in his voice, you’d hardly notice the dark undercurrent of the lyrics as they clash with the lively music.

Over top of swirling synths and deceptive, luscious harmonies, Andreas’ vocals throughout “On the Floor” are almost painful in their ache and earnestness. “(How long ‘til) this washes away? / (How long ‘til) my body is safe?” he sings in the song’s chorus, anxiously pleading with his listener for an answer as the harmonies complete his thoughts before he can get them out himself. “Take this wildness away,” he begs.

The song is incessant in its outward cheer, though Hadreas’s mind is on other things. He sings of being trapped, but the music forces him into a feigned happiness. Beneath the bubbling sound, all his words convey is longing. “I just want him in my arms,” he repeats, dejected yet hopeful, as the music fades into a sparkling piano outro.

The second track and B-side of the single release, “Describe,” bursts open with thick and sludgy guitars, contrasted with Hadreas’s sulking vocals. “Can you describe them for me?” he begs in the chorus, referring to his inability to understand his own emotions. Despite this entreaty, his voice gives the impression that he’s already given into whatever numbness is plaguing him throughout the track — a numbness characterized by the muddiness of the music, with its heavy electric guitars and thumping bass drum.

“I started writing about when you are in such a dark place that you don’t even remember what goodness is or what anything feels like. And so, the idea was having someone describe it to you, because you forgot or can’t get to it,” Hadreas said of the single in an interview with DIY Mag.

With each line, each plea to “just wait here with me,” the song builds and builds and builds to silence, as grungy guitars are replaced with a deafening stillness in the stripped-down second half of the song. Synths rise and fall as if they were water — giving the song a hauntingly beautiful ending, both brutal and honest.