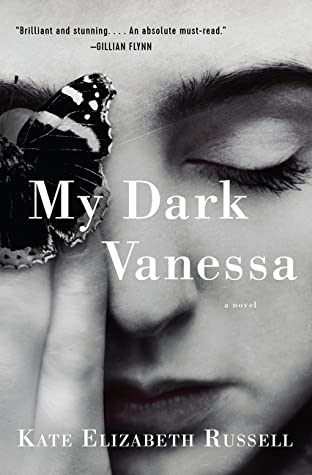 Vanessa Wye believes she’s “not a victim because I’ve never wanted to be, and if I don’t want to be, then I’m not.” She doesn’t consider her relationship with her teacher, Mr. Strane, to be abusive, even though it began when she was 15 years old. In fact, she sees her affair with Strane to be the great love of her life, even 10 years later. When other students come forward accusing Strane of sexual harassment, Vanessa is left to confront her past. Even then, she resists the label of “victim.”

Kate Elizabeth Russell’s debut novel, “My Dark Vanessa,” is an uncomfortable book. Headlines describe it with words like “controversial” and “shocking.” It was originally chosen as a pick for Oprah’s Book Club, but the novel was dropped because the book club was wary of another controversy so soon after the one involving Jeanine Cummin’s “American Dirt.” Yet even without the backing by Oprah, it still became a best-seller.

Words like “controversial” and “shocking” don’t begin to describe the feelings this book brings up. There are gut-wrenchingly awful depictions of rape, made all the more horrific by their highly erotic descriptions given through Vanessa’s point of view. And while it is so apparent to the reader that Strane is a pedophile — a 42-year-old is asking his student, a minor, to dress in childish pajamas and to say, “I love you, Daddy,” infantilizing an already underage girl — Vanessa shies away from describing him as such. In fact, the word “pedophile” doesn’t appear until over 100 pages in, followed by Vanessa’s immediate insistence, “But no, that word isn’t right, never has been. It’s a cop-out, a lie in the way it’s wrong to call me a victim and nothing more. He was never so simple; neither was I.” It’s always difficult to read as a character processes trauma; it’s even harder watching Vanessa destroy herself by reliving it.

There are many ways to evaluate a book, one of which is to look at it as an object of art. It’s difficult to critically assess “My Dark Vanessa” because it is so deeply tied to such a heavy topic. To criticize the book feels too much like criticizing Vanessa, or anyone like her who may have had these experiences. But this may be due to the fact that the book offers little else. Often the minor characters feel flat, like pawns placed solely to take part in Vanessa’s story. It’s hard to imagine those characters having a life off the page. This one-dimensionality makes the book feel all the more oppressive, and it’s hard to decide if the effect is purposeful or a problem of writing fundamentals.

Perhaps the most salient part of this novel is its discussion of power. The book is riddled with the term. Of course, Strane has a great deal of power in this situation: He’s older, he’s the teacher, and early on in the relationship, his word means more than hers. But Vanessa comes to a realization: “I have power. Power to make it happen. Power over him.” She believes she has a hold over Strane since he’s risking his job to be with her. She could send him to jail. This is Vanessa’s main reason for not speaking out against him. If she claims victimhood, Vanessa believes she’s relinquishing all the power she believed she had. That, along with the fear that comes with speaking about her past (“But if someone doesn’t want to come forward and tell the world every bad thing that’s happened to her, then she’s what? Weak? Selfish?”), is enough to keep Vanessa silent.

“My Dark Vanessa” is a troubling book. It’s difficult to imagine recommending this to an acquaintance. There are scenes that are so upsetting it seems impossible that you’ll finish. And there are a few plot inconsistencies and characters that could use some fleshing out. After all of that, there come the uncomfortable questions: Does Vanessa enable Strane as an adult, helping him rehash his pedophilic fantasies? Does she hold power? Can a 15 year-old consent to a relationship with a much older teacher? The book doesn’t provide all the answers, leaving its reader with lingering questions that will haunt you for days.