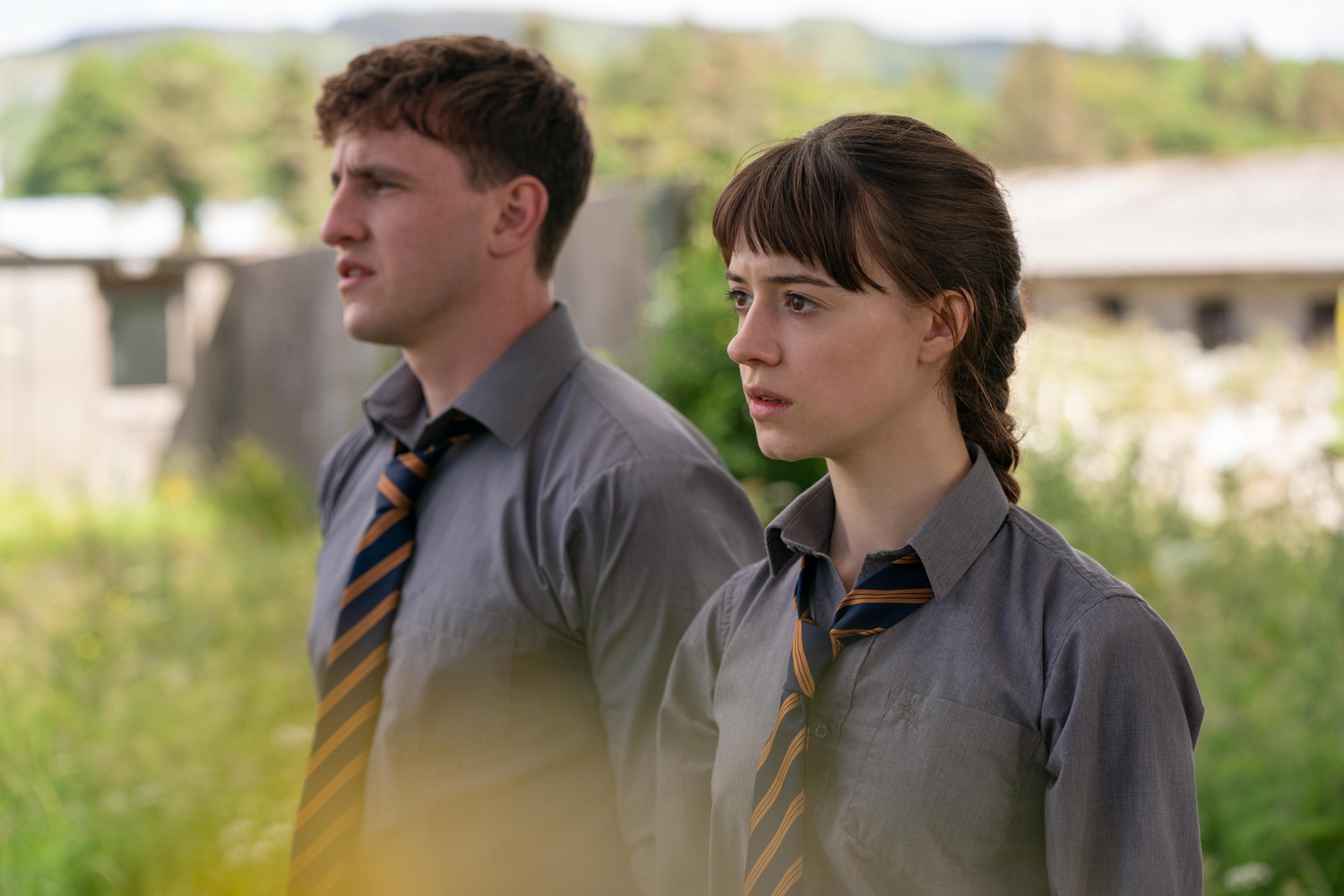 Given that author Sally Rooney’s style is so reliant on interiority, adapting a cherished book like “Normal People” for television is bound to be difficult. BBC Three/Hulu’s adaptation of the novel recognizes this, and doesn’t make the mistake of directly recreating the inner workings of her characters’ minds through voiceover. Instead, the series entrusts its phenomenal lead actors, Daisy Edgar-Jones and Paul Mescal, to anchor this intimate and beautiful narrative. By focusing on the pair entirely, directors Lenny Abrahamson and Hettie Macdonald deliver an in-depth, delicate portrayal of the novel’s beloved characters.

Though tonally very different from the book, the show largely remains faithful to its source material. It doesn’t hurt that Rooney herself was involved with the script, working with Alice Birch and Mark O’Rowe to adapt the series. It focuses on wealthy, oddball Marianne Sheridan (Edgar-Jones) and shy but popular football player Connell Waldron (Mescal), the smartest students attending a secondary school in Ireland’s rural county Sligo. Despite the two not speaking in school, Connell frequently comes into contact with Marianne, as his mother Lorraine (Sarah Greene) works as a cleaner for Marianne’s family. Connell and Marianne soon begin a secret relationship, bonding over their academic aspirations and similar political beliefs. Connell’s embarrassment to be seen with Marianne sows the seeds for a tumultuous relationship that will carry on over the years as the couple falls in and out of love, largely due to miscommunication and warped power dynamics. The series follows them to Dublin once they begin university studies and date other people.

Early trailers for the show promised viewers a steamy succession of episodes — and the show delivers. At first, the montages of sex appear a touch sensational. Certainly, the novel contains a lot of it, but Sally’s simple, lush prose never gets into robust graphic detail. Watching it on screen, however, is a completely different experience, especially given how visceral the team has made the scenes.

Ultimately, the early sex scenes justify themselves. The close-up loving shots of the couple locked in the throes of passion serve as a testament to how connected the two are on a physical level — a major concern in Rooney’s writing. Adding to the rawness of these moments are the sharp sounds, from the tender kissing down to a condom being unrolled. These details welcome the viewer into an intimate space, one that they’re not sure they were ready for.

“Normal People” initially follows Connell and Marianne’s story chronologically, but after they start university, the show begins to emulate the book’s time jumps. It often shows a present day moment in the first minutes of the episode, then goes back in time to show those days leading up to it. This turns out to be a clever choice; the time changes and flashbacks pay off later in the series.

Since the show is so focused on establishing the sexual chemistry early on, later episodes like episode eight where Connell joins Marianne and her abusive boyfriend Jamie (Fionn O'Shea) in Italy, explore their mental connection a lot more thoroughly. When not in a relationship, the show gives more weight and insight onto their conversations and political opinions.

In a way, Rooney’s unique style makes her characters embody one organism: It is as if they give up their souls to be part of a Sally Rooney Leviathan. In the show, Connell and Marianne are clearly cut from the same cloth, but their individual perspectives are emphasized. This is bolstered by Edgar-Jones’ and Mescal’s respective performances. Much of the stars’ acting relies on what is not said, so their relationship continues to make use of close up shots of their eye contact, which both actors accomplish wonderfully. Given how particularly silent Connell is, Mescal also channels his characters’ thoughts through intense facial expressions and using only the barest of movements to convey his concerns. Mescal’s acting is particularly moving in a scene in which Connell breaks down before a therapist.

Marianne is an incredible amalgamation of vulnerability, rebellion, and elegance. Edgar-Jones captures every one of these sides with sensitivity. Though the show chooses to give us the merest glance into Marianne’s abusive family life, the talented actress manages to give more insight through her controlled tone of voice, which helps the viewer to understand her character’s self-destructive tendencies.

By choosing to focus as much as it can on the main characters’ development, “Normal People” successfully explores the power dynamic between the couple. It tracks the constant shifts in financial and sexual dominance in their relationship, using details like Connell’s imposter syndrome toward Trinity and Marianne’s sophisticated, lavish lifestyle to signify changes. The Marxist undertones of the novel translate well to the screen, often relying on the side characters to deliver Rooney’s class commentary: Jamie is the pinnacle example of this. O'Shea depicts Jaime’s careless elitism and purposeful cruelty with striking accuracy and viciousness.

Those who have not read the book might find themselves confused by how side characters are glossed over, but ultimately this doesn’t detract much at all from the entire experience. The show’s intense focus on Marianne and Connell more than makes up for the series' other small faults. In the end, their relationship is a complex, painful journey and by devoting all its energy to it, the show is a triumph.

— Staff writer Aline G. Damas can be reached at aline.damas@thecrimson.com.